The goal came in the 28th minute. Marcelo collected a corner kick for Real Madrid and sent the ball over the top of the Barcelona defense to Sergio Ramos, who put a shot on goal that hit the near post. The ball was then sent to an unmarked Casemiro at the far post, who tapped it into the empty net for the first goal of the game.

You can watch it below: 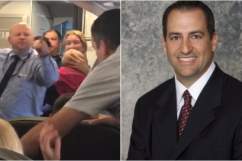