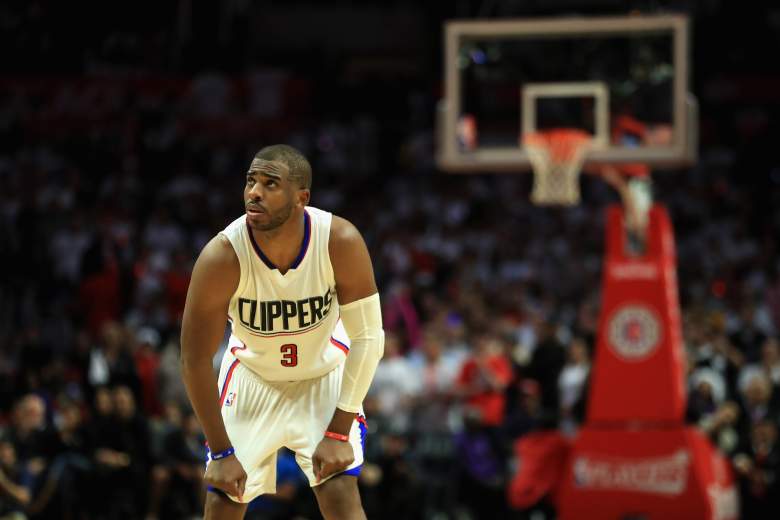 Chris Paul during the second half of Game Five of the Western Conference Quarterfinals on April 25, 2017. (Getty)

31-year-old Chris Paul currently plays for the Los Angeles Clippers as a point guard. So how much longer does Paul have until his contract with the Clippers ends, and what is his current yearly salary?

Paul is currently on a five-year deal with the Clippers, which he signed in July 2013. The contract extends into July 2017.

According to CBS Sports, Paul’s five-year extension signed in 2013 was worth $107 million. That translates to about $21.4 million per year.

According to Basketball Insiders, Chris Paul has actually already verbally agreed to extend his contract with the Clippers. And NBC Sports reports that the new deal will be worth $207 million over five years.

LeBron James is the highest-paid NBA player, and he brings in a salary of $30.9 million per year.

Read More
Chris Paul, NBA, NBA Playoffs
31-year-old Chris Paul currently plays for the Los Angeles Clippers. When does his contract end, and how much money does he make per year?