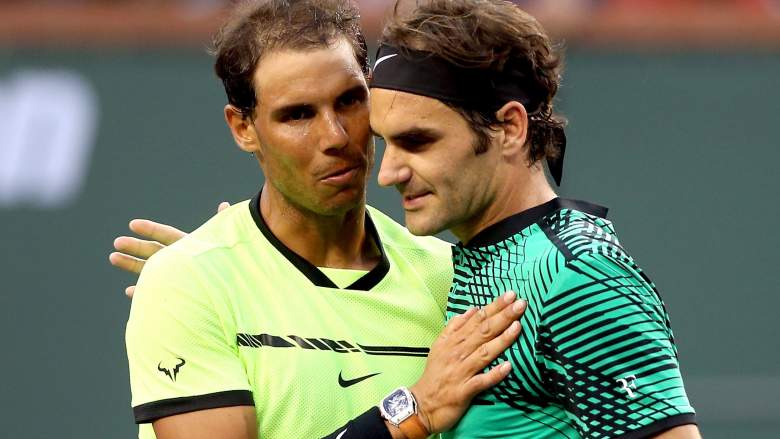 Roger Federer vs. Rafael Nadal: The matchup so nice, it had to be played twice 37 times.

The pair of epic rivals will meet for the third time in 2017 and 37th time overall when they face off in the Miami Masters final on Sunday afternoon, and just like the first 36 installments, it’s a match you don’t want to miss.

“Fedal” is scheduled to start at 1 p.m. ET and will be broadcast on ESPN 2. Here’s a preview of the anticipated matchup:

In each of the first two matches between these two in 2017 (Australian Open final and Indian Wells Round of 16, Nadal was favored but Federer won. I think the opposite comes to fruition this time around.

Fed-Ex certainly handled Nadal with ease a couple weeks ago in California, but circumstances are a bit different this time around. Namely, what each player has had to do to get here.

In Nadal’s last three matches, he made easy straight-set work of Nicolas Mahut, Jack Sock and Fabio Fognini, needing just one tiebreak along the way. Total time of those matches: 4 hours and 28 minutes.

In Federer’s last three matches, against Roberto Bautista Agut, Tomas Berdych and Nick Kyrgios, he played six tiebreaks, needed three sets to get past the last two and went to war in an instant-classic against Kyrgios that was likely extremely physically and mentally draining. Total time of those matches: 7 hours and 4 minutes.

Federer has proven on countless occasions his ability to bounce back in a short amount of time, but he has played two highly difficult matches in the last three days, while Nadal should be fully rested.

Throw in the Spaniard’s extra motivation after being beaten so badly at Indian Wells, and he gets the slight edge to capture his first Miami Masters title.