Thank you to everybody who came out to our special day! This was by far the best day of my life. #ThomasWedding #LittlePeopleBigLove #DamnSheLooksGOOD #ThomasBoys

When Isaiah Thomas married Kayla Wallace, he described the wedding as “by far the best day of my life” in a social media post.

Thomas frequently expresses love and praise for Kayla on Instagram, and she returns the favor. In fact, they are so loving on social media that it’s almost gushing. The couple are newlyweds, marrying in August 2016 in a celebrity-infused wedding. They’re also parenting two small boys.

Thomas’ family was in the news on April 15, with news that his younger sister, Chyna Thomas, had died in a car crash in Washington state.

1. Thomas & Kayla Were Married in Seattle & Danced to Sade for Their First Song as Husband & Wife

In August 2016, Thomas married Kayla, who was described as his “long-time girlfriend” by Celticsblog.com.

He wrote on a wedding picture of the couple, “This was by far the best day of my life.” She wrote, “Yesterday was absolutely magical! There is no better feeling than to be surrounded by so many people we love!! Thank you to everyone who came to celebrate our special day!! ???”

The couple married at Experience Music Project Museum in Seattle. The couple’s first dance was to Sade’s “By Your Side,” according to Essence Magazine. The magazine called the wedding “star-studded” because it was attended by other NBA players and athletes like Floyd Mayweather and noted that the couple’s wedding hashtag was “#littlepeoplebiglove” (Thomas stands 5 feet 9 inches tall.) 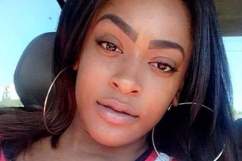 Isaiah Thomas does not hesitate to share photos and love for his wife on social media. He frequently posts photos of her on Instagram.

“My life is complete now! #Blessed,” the basketball star wrote on another wedding photo of the couple that he posted to Instagram. He wrote on a post about his wife, “If it isn’t love, why do I feel this way? Why does she stay on my mind? I’m on my New Edition flow today lol.” Thomas frequently posts photos of Wallace on social media.

Happy birthday to my beautiful wife! You are getting old as hell lol. This is a Special day for a special person even though you think everyday is your birthday lol. Big twenty twenty twenty 29 (my voice) lol. I love you baby!

On Kayla’s birthday, he wrote, “Happy birthday to my beautiful wife! You are getting old as hell lol. This is a Special day for a special person even though you think everyday is your birthday lol. Big twenty twenty twenty 29 (my voice) lol. I love you baby!”

He also wrote, “Happy birthday my love! You are truly a blessing from God and I want you to have an amazing day! It happens to be thanksgiving as well and I’m so thankful to have you in my life. Keep being the wonderful mother that you are to our kids & keep lighting up a room with that smile.”

3. The Couple Had a Lengthy Courtship & Kayla Calls Isaiah Her ‘Other Half’

Got a hitta to the left of me

Player Wives says the couple had a “long courtship.” However, it worked out in the end. Kayla refers to Thomas as her “other half” on Instagram.

She posted a throwback photo of them both in high school uniforms from Washington State. Boston.com described her as Thomas’ “longtime girlfriend.”

“Happy Birthday to my other half! I am so proud of you & so lucky to call you my husband! You are an amazing father and continue to keep God first! Xoxo love you ?” she wrote.

Thomas and his wife seem to have a fun and active life together, at least judging from their public personas. Thomas sometimes posts photos out on the town with his wife. He has also posted photos of them hiking.

Happy birthday my love! You are truly a blessing from God and I want you to have an amazing day! It happens to be thanksgiving as well and I'm so thankful to have you in my life. Keep being the wonderful mother that you are to our kids & keep lighting up a room with that smile #HappyBirthdayMidget #Aug20th

She posted a photo of him bringing her roses on Valentine’s Day.

How did I get so lucky?! ? My sweet valentine xoxo @isaiahthomas ?

“How did I get so lucky?! ? My sweet valentine xoxo” she wrote. She posted a photo of the couple with their legs intertwined and wrote, “Being in love is better than being bitter…you should try it ??”

I know they will always have my back no matter what!!!

Thomas and his wife were already the parents of a boy before they were married.

According to Essence Magazine, their son is named Jaiden. Thomas also has another son, named James, who lives with his ex-girlfriend, according to Player Wives. Both boys attended Thomas’ wedding to Wallace and are featured prominently in photos from it.

Thomas has written about the importance of fatherhood. His Instagram profile says, “Proud Father! If all I’m remembered for is being a good basketball player, then I’ve done a bad job with the rest of my life.” Kayla wrote under a photo of Jaiden, “1.29.12 my life was forever changed ? Happy Birthday Love Bug ?”

I ride for my SQUAD Ima champion… #Family

Thomas frequently posts photos of his two sons. On one, he wrote, “I know they will always have my back no matter what!!!” His sons appeared at a press conference, charming the public, in 2016, with James saying that his dad is “the greatest basketball player.”

@isaiahthomas felt left out of our squad picture so here is the remake ?

Kayla also frequently posts photos of both boys. She wrote under one wedding photo of both boys with Thomas and herself, “My babies ??”

In 2013, Isaiah Thomas wrote, “Love Kayla Wallace! She has been by my side thru everything and I cant thank her enough. Also shes a great mother 2 my son Jaiden! #Blessed.”

5. Kayla’s Father Was a Soldier She Calls ‘My Hero’ & She Has Worked as a Teacher

Kayla has written that her father was a soldier.

“Happy Veterans Day to those who serve && their families because everyone knows the only thing harder than being a solider is loving one! Special shout out to my Dad! My Hero!!!! Xoxo ??” she wrote.

Kayla has also posted photos with her mother.

She also posted a tribute to her sister.

She posted throwback photos of herself.

Kayla is a certified teacher.

Kayla has written about substitute teaching, saying, “Walked into the class I am subbing for today and see this on the whiteboard… I should have known! #StopTalking #StopAskingToGoBathroom #IsItlunchYet.” She also wrote, “Just left my exit advising meeting! Ya girl is a college graduate && certificated teacher! ??✏?” She made the dean’s list in college, attending Central Washington University. 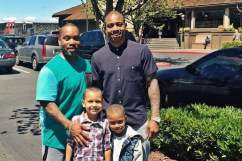