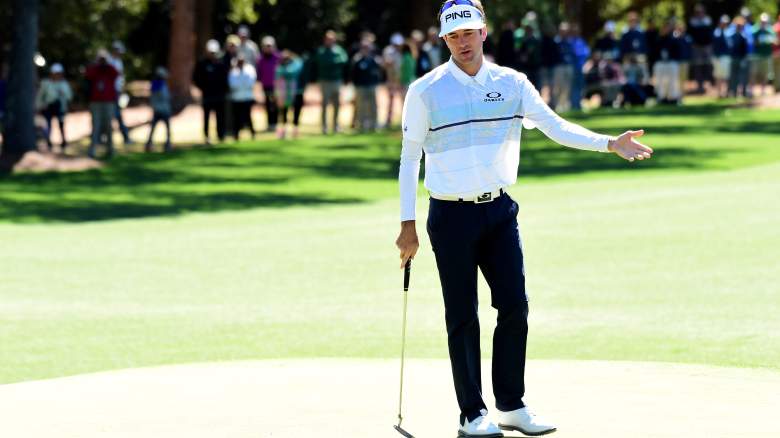 The first two days at Augusta National Golf Club couldn’t have been much more difficult, as the cold and windy conditions have wrecked havoc on scorecards throughout the field of 93 players.

Charley Hoffman seemed to be the only one immune on Thursday, as he fired a 65 and jumped out to a huge Round 1 lead, but he followed that up with a 75 on Friday, high numbers were the norm for just about everyone else, and it led to a high cut line.

The cut line is plus-6. You can click here for the complete leaderboard

For the uninitiated, the cut at the Masters is two-fold. First, all players in the Top 50–including ties–make it through to the weekend. Second, anyone who is within 10 strokes of the leader, even if they aren’t in the Top 50, will also get to play the entire 72. The latter didn’t appear likely to come into play when Hoffman was running wild in the first round, but he racked up several bogies and entered the clubhouse tied with Sergio Garcia, Thomas Pieters and Rickie Fowler in the lead at four-under. As such, the line ended up a six-over, with a total of 53 players making the cut.

For reference, last year’s Masters, which also featured difficult conditions, was six-over, with 57 players advancing to the weekend.

Read More
Golf, Masters 2017, PGA Tour
It's been a difficult first two rounds at Augusta, leading to a high projected cut line at the 2017 Masters. Here's everything you need to know.