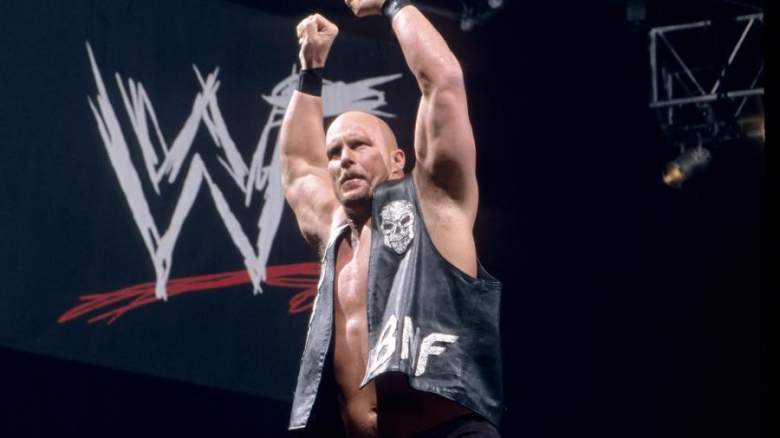 Will Stone Cold be at WrestleMania? (WWE.com)

WrestleMania 33 is about to get underway on the WWE Network. This event is known as a time when a number of legendary WWE wrestlers make a return, mainly as fan service and not to have an actual match. Last year, one of the biggest pops of the night came when Shawn Michaels, Mick Foley, and “Stone Cold” Steve Austin made an appearance. So will Steve Austin be at WrestleMania 33?

Unfortunately, it does not appear at this time that Stone Cold will be at WrestleMania this year.

Dave Meltzer of the Wrestling Observer Newsletter recently reported that it doesn’t seem that Steve Austin is going to show up tonight, although Meltzer notes that it’s possible the company has just kept his appearance very well hidden and it will be a complete surprise.

“[A]s far as I can tell, [Steve Austin] is not coming at all,” Meltzer said, according to Inquisitr. “People who know him haven’t heard that he’s gonna be here. It may be a complete, major surprise, but I don’t expect him [to be] here. But you know, who knows? I just haven’t heard anything about him at all.”

Stone Cold reportedly will not be in Orlando, Florida this weekend at all.

This is as opposed to Dwayne “The Rock” Johnson, who will be in Orlando this weekend and who just so happens to have Sunday free, with his show Ballers not filming that day. The Rock has not been officially announced for the show, but it seems very likely that he will make some sort of an appearance, just as he did at WrestleMania 32.

If Stone Cold does appear at WrestleMania, he’d probably want it to be a very small role that doesn’t distract from the rest of the show. After all, Stone Cold was critical of The Rock’s WrestleMania 32 appearance, saying that The Rock overstayed his welcome.

“His segment lasted about 30 minutes,” Austin said of The Rock, according to Wrestling Inc. “And you could feel the energy just draining out of 100,000 people. Now, The Rock is probably my most favorite opponent of all time. We had some epic feuds and epic battles, angles, and he’s a very dear friend. I got to call him out on that. Rock, you sucked all the energy out of that building. And he’s the most electrifying guy in sports entertainment and he’s the biggest movie star in the world right now, but that one time Rock, you didn’t know when to go home when you should have.”

Stone Cold’s own appearance at WrestleMania 32 was just a few minutes long; he showed up with Shawn Michaels and Mick Foley after The New Day’s match with The League of Nations; Stone Cold then performed a Stunner on Xavier Woods.