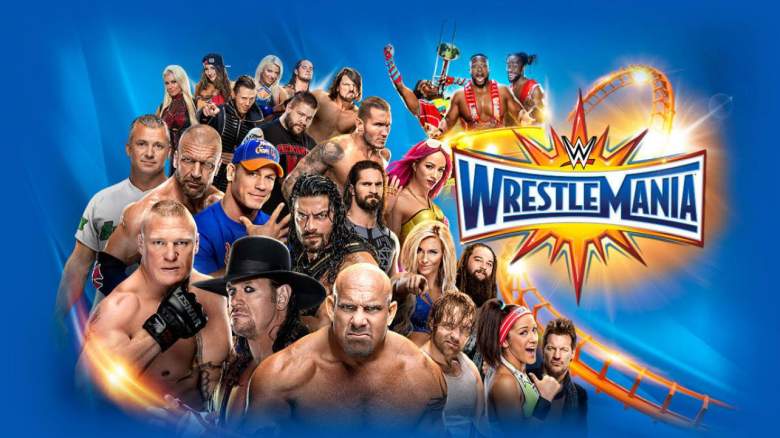 WrestleMania 33, the biggest WWE event of the year, is just hours away. But before the actual program gets underway, there’s a kickoff show, which is something that most fans will want to tune in for because it will feature several matches. So when does the kickoff show start, and what will happen on it?

The kickoff show usually starts before most fans have made their way into the stadium. Typically the first hour or so mainly consists of the hosts talking among themselves and providing a preview of the night’s events, interspersed with some interviews with WWE superstars.

Then, about 45 minutes or an hour into the kickoff show, there’s usually the first match, with another match soon to follow. Last year’s WrestleMania kickoff show featured three matches, but this year, there are only two.

The two matches to take place on the kickoff show this year are the Andre the Giant Memorial Battle Royal and the Cruiserweight Championship match between Neville and Austin Aries. The former is a 20-man battle royal match that usually lasts between 10 and 20 minutes and which will feature superstars such as Big Show and Braun Strowman.

The latter match is the much-anticipated brawl over the Cruiserweight Championship, with Austin Aries, who just made his debut a few weeks ago, looking to win himself the title. This is the Cruiserweight division’s only involvement in WrestleMania 33.

You may have heard that the SmackDown Women’s Championship match will take place on the kickoff show. That was true last week, but a few days ago, the WWE moved this match onto the main card.

Although WrestleMania 33 can only be viewed through the WWE Network or by purchasing it via pay-per-view, the WWE makes the entire kickoff show available to watch for free on YouTube. This post will be updated as soon as the WWE’s YouTube stream goes online.

Read More
Pro Wrestling, WWE, WWE Raw, WWE Smackdown
The WrestleMania 33 kickoff show is just a few hours away. When does it begin, what matches are on it, and how can it be watched online?