This week on Monday Night Raw, Braun Strowman shocked WWE viewers by lifting up an ambulance while Roman Reigns was inside it. Obviously, he didn’t really lift the ambulance, nor did he throw Roman Reigns off a ramp while Reigns was strapped to a stretcher. So how did the WWE manage to make this all look so convincing on live television?

Looking back on the video, it seems that the ambulance was hooked up to some hydraulics from the beginning, with this being used to lift the vehicle at the end of the segment. The camera, you’ll notice, strategically never shows anything on the left side of the ambulance, where the hydraulics presumably are, keeping all of Braun Strowman’s activities on the right side and making sure the ambulance door is open so that the left side is blocked from view.

At one point, there’s a shot of the back of the ambulance, and it’s awkwardly close up when one would think a shot from further away would be more appropriate. That would not be possible, though, as it would reveal that hydraulics are lifting the ambulance.

As Braun Strowman is getting ready to topple the vehicle, you can see a shadow pass by on the bottom left of the screen. This seems to be Roman Reigns exiting the vehicle. There’s even a bit of a continuity error here as a result: when Strowman leaves the back of the ambulance, the doors remain open, but when we cut to a shot of the back of the vehicle moments later, the doors are closed.

The sound in this scene is also an indicator of what’s happening: we’re meant to think that the loud noise is just the vehicle running, but it’s likely that this sound is actually the hydraulics working to lift the ambulance.

It’s true that Braun Strowman is a former strongman who won the Arnold Amateur Strongman Championships in 2012. But it should go without saying that not even Strowman would be capable of legitimately lifting up an ambulance; the average ambulance weighs between 10,000 and 14,000 pounds.

It appears, then, that Roman Reigns was swapped out with a dummy for this one shot in which Strowman pushes the stretcher off of the ramp. This shot with the fake Roman was then spliced into the scene with the real Roman. 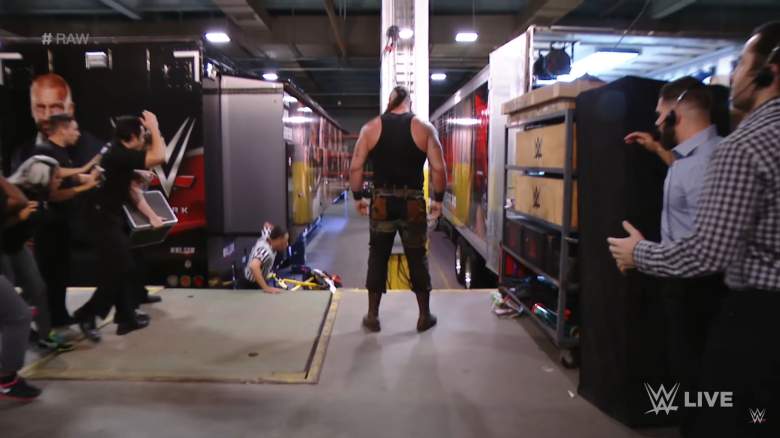 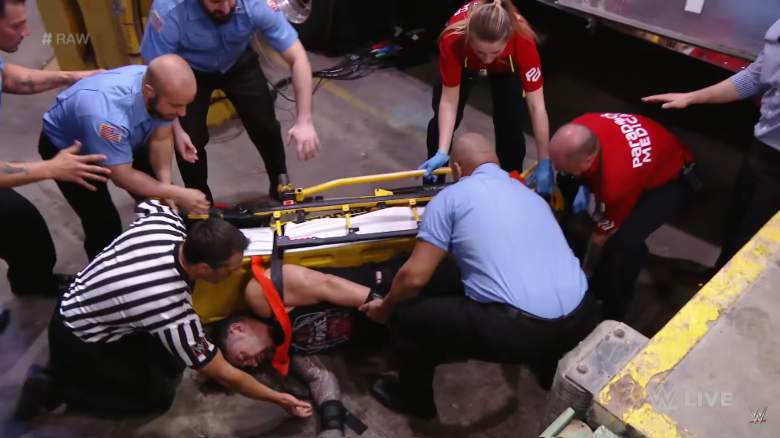 The fact that the way in which all of this was accomplished was not immediately obvious is a testament to how impressive the WWE production was. This segment with Braun Strowman and Roman Reigns has already become one of the most highly-praised of 2017, even if it’s not quite for the reason that the WWE intended.

Read More
Pro Wrestling, WWE, WWE Raw, WWE Smackdown
This week on WWE Raw, Braun Strowman lifted up an ambulance with Roman Reigns inside it. How was this effect pulled off convincingly?