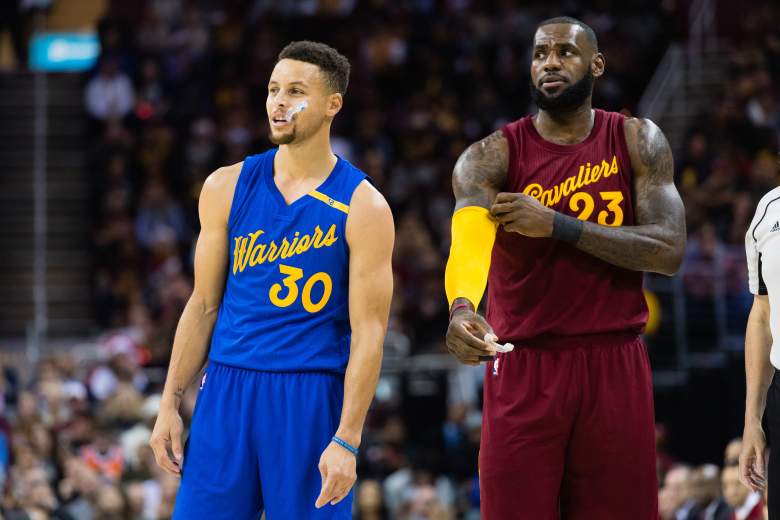 The Cavs take on the Warriors for the third straight NBA Finals. (Getty)

Reunited and it feels so good. The Cleveland Cavaliers and Golden State Warriors will compete in their third straight NBA Finals beginning Thursday, June 1. Here’s a look at the tentative schedule courtesy of Cleveland.com. All times are listed in Eastern time.

Click here for an early look at the NBA Finals odds and point spread for Game 1.

Golden State has home court advantage by virtue of a better record during the regular season. The Warriors are looking for redemption after blowing a 3-1 lead in the 2016 NBA Finals. Golden State won the 2015 NBA Finals making this year’s series the unofficial tiebreaker.

While the same two teams have played for a championship the last three years, each series has featured slightly different lineups. This year’s series will mark the first one with Kevin Durant wearing a Warriors jersey. Cleveland will now have four All-Stars to defend rather than last year’s trio of Steph Curry, Draymond Green and Klay Thompson.

The Warriors went a perfect 12-0 in the three Western Conference series leading up to the Finals. Golden State swept the Blazers, Jazz and Spurs. Aside from one lone blemish against the Celtics, Cleveland was nearly as flawless leading to a series featuring the two NBA teams clearly above the rest of the league. 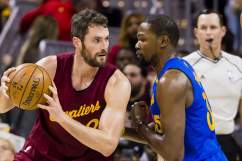