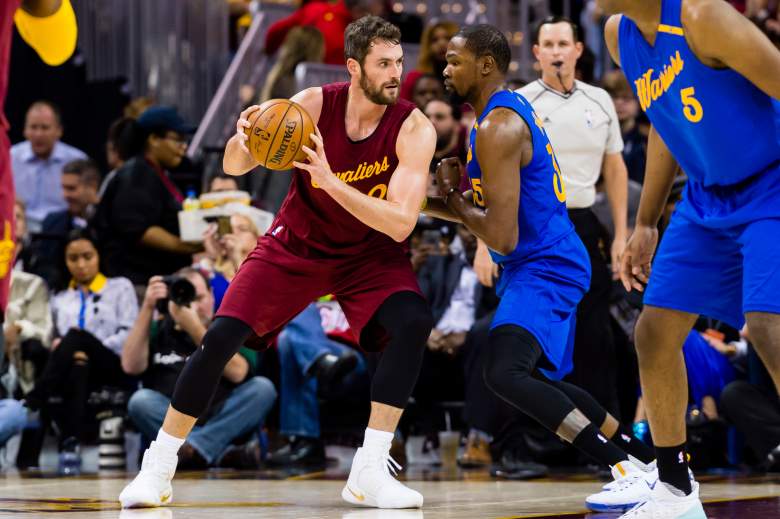 The 2017 playoffs made it clear the NBA was headed for another Cavs-Warriors Finals. (Getty)

After weeks of anticipation, the Cavs-Warriors NBA Finals rematch is officially set. Vegas has been floating various lines for the 2017 NBA Finals, with the latest having Golden State opening as 7.5 point favorites in Game 1 with the point total at 225 points.

While there is still plenty of time for the odds to fluctuate, the Warriors are also favored to win the series at -290 while the Cavs follow at +237.

Golden State’s off-season addition of Kevin Durant made them the preseason favorites, and the Warriors have held that title throughout the season. This series the expectations are no different.

Vegas has also released early figures for the NBA Finals MVP. No surprise that Kevin Durant, Steph Curry and LeBron James are the three favorites.

Earlier on @timandsid, here are the latest odds to win NBA FInals MVP

Subtle hint: The bookmakers don't think the Celtics will make it pic.twitter.com/4ladxmcCKe

The teams enter the championship going a combined 24-1 in the playoffs. Golden State went a perfect 12-0 in their three series against the Blazers, Jazz and Spurs. Cleveland was nearly as flawless with just one loss coming against the Celtics.

According to TNT, LeBron James is making his seventh straight NBA Finals appearance. The teams split their two regular season matchups this season.

The Cavs took their Christmas Day matchup 109-108. Golden State won the last matchup in dominant fashion with a 126-91 victory. 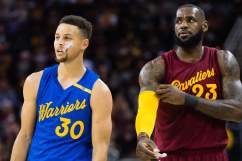