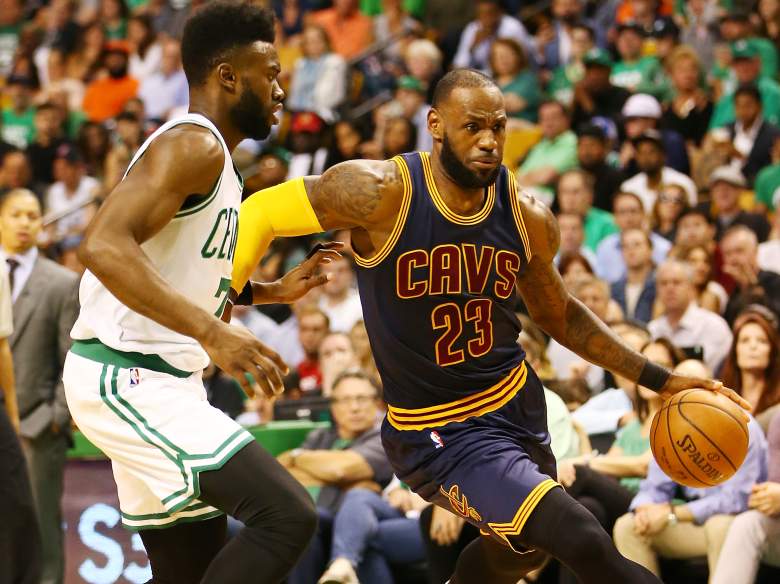 On the eve of what should be the greatest moment of the year for LeBron James, the NBA star was responding to questions about a racist slur spray painted on his Los Angeles home.

TMZ reported that officers from the Los Angeles Police Department responded to James’ home in L.A. on Wednesday morning and found the n-word “scrawled on the outer gate.” Authorities don’t have the description of a suspect yet, and are looking for security footage from neighbors that may show the suspect committing the hate crime. The graffiti has since been covered up.

James took to the podium just one day before his Cleveland Cavaliers take on the Golden State Warriors in the NBA Finals and was asked if he had any comment on the matter that took place hours before.

He responded to the question with a powerful response about what it means to be black in America.

As I sit here on the eve of one of the greatest sporting events we have in sports, race and what’s going on comes again and on my behalf and my family’s behalf…if this is to shed a light and keep the conversation going on my behalf, then I’m OK with it. My family is safe, and that’s what’s most important. But it goes to show that racism will always be a part of the world and part of America. Hate in America — especially for African Americans — is living everyday. Even thought it’s concealed most of the time… people hide their faces and say things about you. When they see you they smile in your face. It’s alive every single day.

James wasn’t at the home at the time of incident, as he was likely in the Oakland area prepping for Game 1 of the NBA Finals against the Warriors. He bought the house in 2015 for $21 million, Variety reported.

On May 3, James was asked about Baltimore Orioles outfielder Adam Jones suffering racist abuse at Fenway Park in Boston. He answered the question by saying: “Racism, we know, exists. For me as a father, I try to give my kids the blueprint on how life is going to be. But at the end of the day, I can only tell them so much and then they have to go out and live it themselves.

“For me, I just try to be respectful, for one, be respectful to others. And I feel like if you do that consistently, then I believe the karma will come back to you.”

James and his Cavaliers take on the Warriors in Game 1 of the championship series at 8 p.m. Thursday.