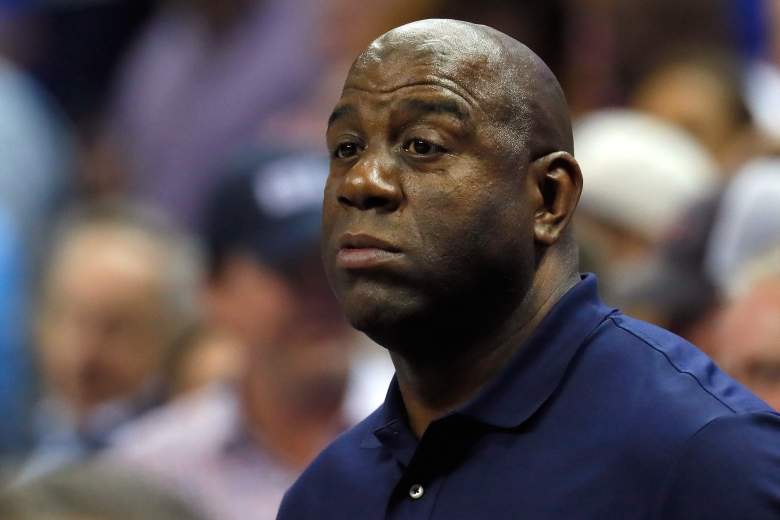 Could Magic Johnson and the Los Angeles Lakers lose their first round pick in 2017? (Getty)

Heading into his first NBA Draft Lottery as President of Basketball Operations for the Los Angeles Lakers, Magic Johnson was hoping for a little bit of… well… magic.

And the ping-pong balls obliged on Tuesday night, as the Lakers landed the No. 2 pick in the draft for the third straight season and ensured that they keep their lottery selection in 2017.

See — thanks to a trade Johnson had nothing to do with — the Lakers could have lost their first round pick in this year’s draft if things bounced a certain way in a backroom somewhere at the New York Hilton Midtown hotel. 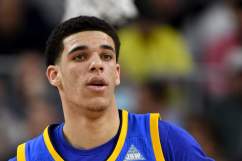 In the summer of 2012, the Lakers — who were hoping to build some sort of super team — traded for former two-time MVP Steve Nash and then later on for center Dwight Howard. The two would pair up with Kobe Bryant and go on to win 45 games in 2012-2013 and get swept in the first round by the San Antonio Spurs. They haven’t been to the playoffs since.

Howard would leave the Lakers for the Houston Rockets the following offseason, but it was arguably the plight of Steve Nash that would doom the Lakers. Nash — who was 38 when he was sent to Los Angeles — played a total of 65 games for the Lakers over the course of two injury-plagued seasons and ultimately retired in 2015.

While Nash’s rapid decline may have been somewhat predictable, it’s what happened since the trade was made that has the Lakers on pins and needles tonight.

To acquire the veteran point guard, Los Angeles traded four draft picks to the Phoenix Suns, including first round picks in 2013 and 2015. The 2013 pick really didn’t come back to bite the Lakers, as it was traded multiple times and wound up in the hands of the Golden State Warriors, who selected a gentleman by the name of Nemanja Nedovic. He played 24 games for the Warriors in 2013-2014 before being waived following the season.

If you’re still following along, that means if the lottery would have drawn the Lakers outside the top three, the City of Brotherly Love would have been paying homage to former general manager and president of basketball operations Sam Hinkie and that whole “Trust the Process” thing.

Why the Philadelphia 76ers and not the Phoenix Suns?

In a three-team deal at the trade deadline in 2015, Hinkie traded the 2014 Rookie of the Year — Michael Carter Williams — to the Milwaukee Bucks, who sent Brandon Knight and Kendall Marshall to Phoenix, who then sent that Lakers pick to Philadelphia. The Suns also shipped Miles Plumlee and Tyler Ennis to the Bucks.

According to Tankathon, the Lakers had a 46.9 percent chance at landing in the top three and keeping the pick. The Sixers wound up with the third pick.

It should be noted, however, that the Lakers first round pick in 2018 will go to Philadelphia to finally complete that 2012 trade. 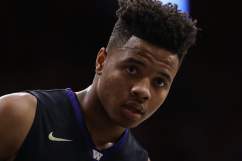 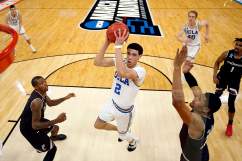