Shinsuke Nakamura is coming to WWE Backlash on May 21The King of Strong Style will compete in his first SmackDown LIVE pay-per-view on May 21 at WWE Backlash. More ACTION on WWE NETWORK : http://wwenetwork.com Subscribe to WWE on YouTube: http://bit.ly/1i64OdT Must-See WWE videos on YouTube: https://goo.gl/QmhBof Visit WWE.com: http://goo.gl/akf0J42017-05-01T03:38:08.000Z

The SmackDown Live roster has definitely seen some big changes during the Superstar Shakeup.

One of the newest roster members has now become the most shocking #1 contender for Randy Orton’s WWE Championship. Jinder Mahal has allied with the Bollywood Boys and has set his sights on taking SD Live’s top prize from “The Viper.” At WWE Backlash 2017, we might possibly witness the true ascension of Mahal to the #1 spot on the Blue Brand. Also, the newly minted US Champion Chris Jericho is set to take on an old rival in the form of AJ Styles. Plus The Usos will defend their SD Live Tag Team titles against another unlikely #1 contender – Tyler Breeze and Fandango (Breezango). Come May 21, we’re set to see another PPV installment from the boys over on SD Live. 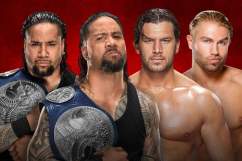 WWE Backlash 2017 will emanate from the Allstate Arena in Rosemont, Illinois.

The Kickoff Show for WWE Backlash 2017 (which will showcase Tye Dillinger vs. Aiden English) will officially begin at 7 P.M. EST/4 P.M. PST. You can watch it on the WWE Network, WWE.com, the official WWE App, YouTube and several other devices/websites.

The main airing of WWE Backlash 2017 will begin at 8 P.M. EST/5 P.M. PST. This is a WWE Network special event that will also air on PPV. You’ll be able to view it through the same means we listed above for the Kickoff Show.

You’ll be able to watch WWE Backlash 2017 on PPV through the following cable providers: 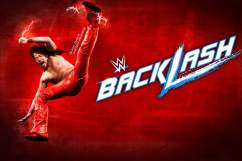 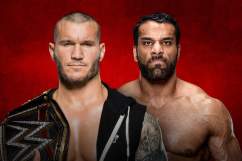 WWE Backlash 2017: The Results & Highlights You Need to Know