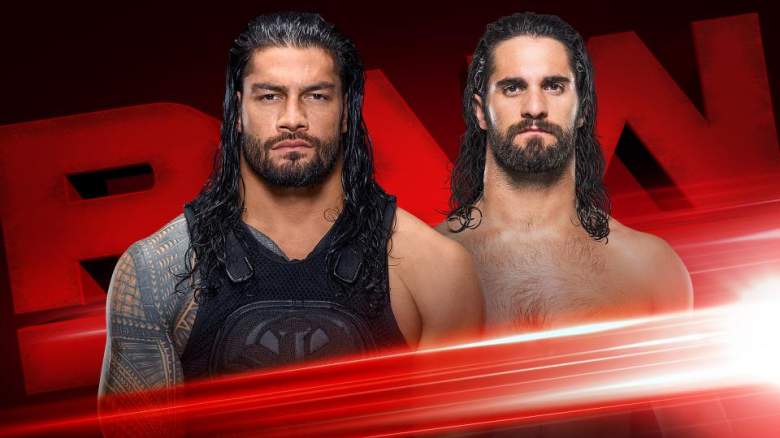 10:35 – Goldust says that a star like himself was way too big for just a supporting role, and he was held back by R. Truth. R. Truth responds and says that Goldust is gonna get got.

10:28 – Backstage, Roman Reigns says that all he cares about tonight is showing Seth Rollins why he is the Big Dog and why this is his yard.

9:54 – Alexa Bliss hosts a “Bayley, This is Your Life” segment. She shows off a bunch of artifacts from Bayley’s life, including a doll that she used to play with, a trophy she won for best sportsmanship, and a yearbook in which she was voted “Most Likely to Apologize.” Bliss has some special guests in the ring, the first being Bayley’s fourth grade teacher, who says Bayley used to bring her father to class with her because she didn’t want to be apart from him. The second guest is Bayley’s childhood best friend, who says that Bayley never wanted to hang out because she just wanted to watch Raw and SmackDown. The final guest is Bayley’s ex boyfriend, who says that Bayley always brought her father to dates with her.

Bayley enters, and Alexa Bliss immediately attacks her. However, Bayley is able to gain the upper hand, standing victorious and pointing at the kendo stick. But then Alexa Bliss pulls out a kendo stick from under the table and hits Bayley with it. The segment ends with Alexa Bliss standing tall with the Raw Women’s Championship.

9:36 – Backstage, Dash Wilder and Scott Dawson are asked if they had something to do with Enzo Amore being attacked last week. They deny any involvement. Responding to video showing them walking around backstage last week, they say that they’re here every week even when they aren’t wrestling. They conclude by saying they wouldn’t waste their time with Enzo Amore.

9:19 – Backstage, Seth Rollins says that he and Roman Reigns have a complicated history.

8:49 – Backstage, Samoa Joe says that Finn Balor’s body has been broken before, and it can be broken again. He moves on to start talking about Bray Wyatt, and Bray Wyatt suddenly breaks into the video, saying that he is the only person who can defeat The Beast.

8:40 – Elias Samson sings a song in the ring before having a match with a local jobber.

8:38 – Backstage, Corey Graves gives Kurt Angle some sort of message from someone who thinks he’s doing a poor job as general manager. Kurt Angle says that if this is true, it could ruin him.

8:20 – The Hardy Boyz and Dean Ambrose defeat Sheamus, Cesaro and The Miz.

8:00 – The Miz enters to host an episode of Miz TV. He says he can’t wait to get a hold of Dean Ambrose, who is a lying, cheating thief who stole the Intercontinental Championship. He still believes that Ambrose intentionally got himself disqualified a few weeks ago in order to avoid losing the championship, which is why Miz asked for the Extreme Rules stipulation to be that the championship can still be lost even if Ambrose is disqualified.

Dean Ambrose enters. He says he came out here to shut their mouths. Miz points out that Ambrose is outnumbered, but The Hardy Boyz soon enter and join Ambrose. Ambrose and The Hardy Boyz run into the ring and start attacking Cesaro and Sheamus while The Miz instantly retreats.