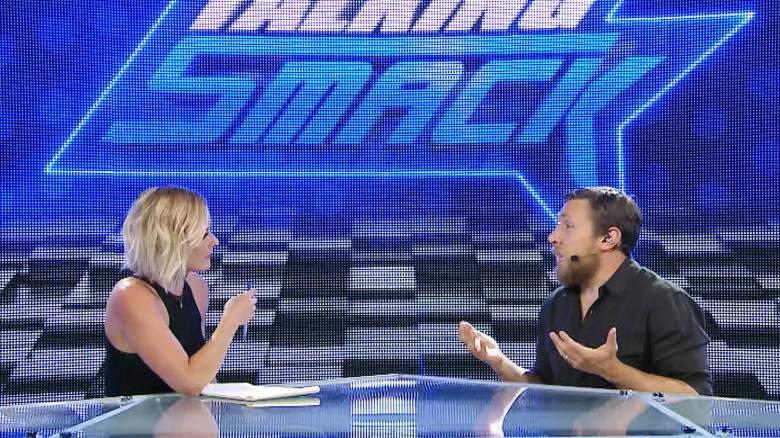 WWE personality Daniel Bryan has been absent from SmackDown Live for several weeks now. So where exactly is the SmackDown Live commissioner and Talking Smack host?

Well, Bryan is taking some time off because his wife, Brie Bella, is about to have a baby. His wife’s due date was actually yesterday, May 1st, but she has not yet had the baby, as Bryan revealed on his Twitter account recently.

Our baby was due yesterday, and even though she's not here yet, now it's time for me to bust out my #DadWear pic.twitter.com/w5lB5VtqKR

Bryan has been very much entrenched in the world of fatherhood these past several weeks; he also recently tweeted about going to lactation class with Brie Bella.

You know what's weird? Being the only dude at a lactation class #dadlife

Daniel Bryan and Brie Bella have been married since April 2014. When Brie Bella announced her semi-retirement, she said that the main reason was because she and her husband were getting ready to start a family.

“Bryan and I have had serious baby fever for the last year,” Bella told Latina Magazine in 2016. “I just felt like I should move on to the next chapter of life together with him and not just have him be at home waiting for me while I live his dream.”

In October 2016, Bella and Bryan announced that they are having a baby.

“The day we found out, I just couldn’t stop smiling. We are so excited to be parents,” Bryan said at the time. “Every time I look at Brie’s stomach, I’m amazed that there is a little life in there.”

Last year, Brie Bella said that she would come out of retirement after she has her first child, according to Sportskeeda.

Read More
Pro Wrestling, WWE, WWE Smackdown
WWE personality Daniel Bryan has been absent from SmackDown Live for several weeks now. So where is he?