It didn’t take long after the Los Angeles Clippers had agreed to trade point guard Chris Paul to the Houston Rockets for Boston Celtics star Isaiah Thomas to start recruiting All-Star forward Blake Griffin. With the Clippers former “big three” of Paul, Griffin and DeAndre Jordan now broken up, Thomas hopped into an Instagram post to begin his recruiting of Griffin.

Isaiah Thomas already shooting his shot for Blake Griffin to go to Boston ? (via @TTwersky) pic.twitter.com/fLvDDIb2gQ

Thomas obviously wants it known that Griffin, who’s a free agent and has already stated that he’ll opt out of his contract with the Clippers, would be welcomed with open arms to Boston. In the comments, he stated that the Clippers had a “Hellavu run. Now Blake come on over to Boston lol.”

Recently, we broke down the scenarios for what the Celtics roster could look like if they added Griffin in free agency, and it was quite pretty, to say the least.

In that scenario, we also had the Celtics trading for Paul George. The assumption was that names like Avery Bradley, Jae Crowder and Jaylen Brown were traded for George, and the starting lineup looked good on paper.

It’s hard to argue that Griffin wouldn’t fill an immediate need for the Celtics at power forward. The question is, would he fit in the offense they run? If the starting lineup looked anything like what you see above, then everyone on the roster and the entire coaching staff would likely have no issue committing to finding a way to make it work.

With the Timberwolves bolstering their lineup after the Jimmy Butler trade, the Rockets adding Paul and rumors swirling about potential new homes for Paul George and Carmelo Anthony, the Celtics are hoping to make a few moves of their own. Boston proved to be second-best in the Eastern Conference after losing to the Cleveland Cavaliers when all was said and done, so adding one or two big names this offseason may be a necessity for this group.

It’ll be interesting to see if Thomas’ early recruiting results in the Celtics front office making a run at Griffin. One thing that’s certain is that the Boston seems to fully understand that they need to make an additional move or two if they want to take advantage of the current championship window that they’re in. When that move will happen or what it will be is the real question. 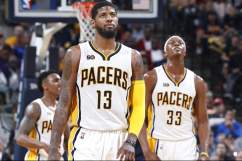 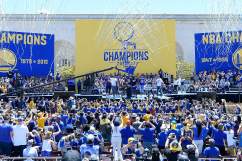