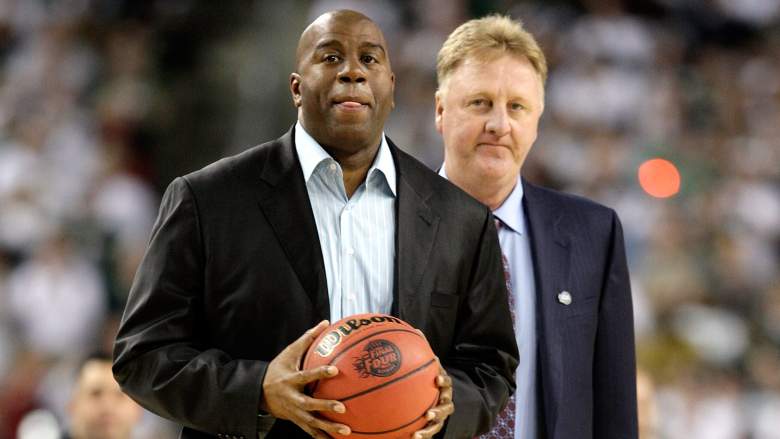 With ESPN’s 30 for 30 documentary “Celtics/Lakers: Best of Enemies” set to air on Tuesday night, there’s no better time to take a closer look at the rivalry within the rivalry: Larry Bird vs. Magic Johnson.

Though they didn’t play the same position, and their games had plenty of differences, Bird and Magic’s careers–from their national championship battle that forever changed the sport of college basketball to their dominance of the NBA throughout the ’80s,–were and will forever be linked. They changed basketball for the better, and the debate about who’s better will always rage on.

Answering that question would take–and has taken–decades, but it never hurts to dive into the numbers.

Bird vs. Magic By the Numbers

Both players were named to 12 All-Star games, nine All-NBA First Teams and one All-NBA Second Team, while Bird was a three-time All-Defensive Second Team member.

In the first two NBA matchups between Bird and Magic, Basketball Reference doesn’t have rebounds, assists, steals, blocks or turnovers recorded. In those games, Bird scored 30 points, and Magic scored 24.

In the third matchup between them, Basketball Reference doesn’t have steals, blocks or turnovers recorded. In that game, Bird had 12 points, nine rebounds and nine assists, while Magic had 19 points, 10 rebounds and eight assists.

Here are the numbers from their other 15 regular-season matchups against each other:

They met three times in the Finals.