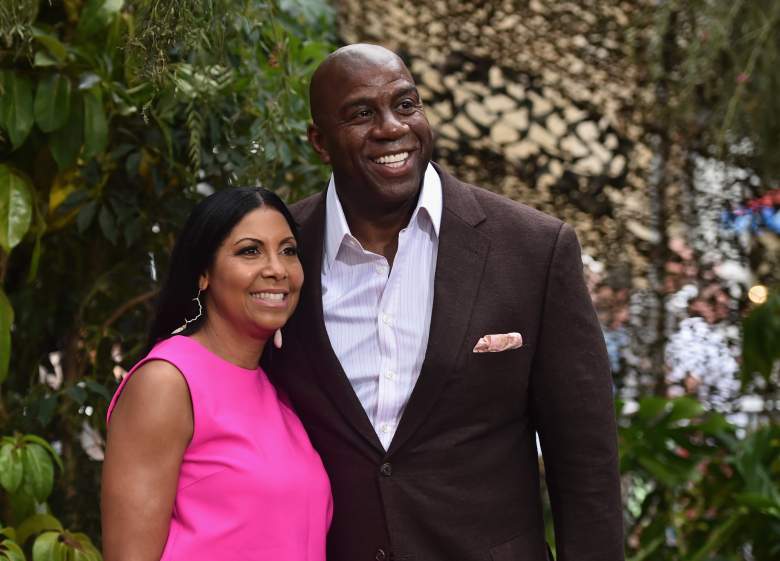 Magic and his wife, Cookie, have two children together, Earvin “EJ” Johnson III and Elisa Johnson. Magic also has a son, Andre, from a previous relationship. Magic and Cookie recently celebrated their 25-year wedding anniversary.

Here is what you need to know about Johnson’s kids:

people forget all about magic johnson's other son, andre…who btw, has an amazing body. pic.twitter.com/UWbQ4Bnra2

Magic became a father in 1981 when his then-girlfriend, Melissa Mitchell, gave birth to a baby boy. Andre is known for staying out of the public eye. He was raised by his mom and would visit his dad occasionally. Now, however, Andre seems to have a pretty solid relationship with Andre. Not only have the two done business together, but they have also gone on vacation together.

At one point in time, Andre was the Vice President of his dad’s business, Magic Johnson Enterprises. However, he no longer holds that title. As of April 2016, he was running his own company called Love + Light Ventures, LLC, according to I Love Old School Music.

Andre and Magic were together in Hawaii recently and photos of Andre went viral on social media. You can see one of those photos above. People simply couldn’t stop talking about Andre’s fit body. You can see additional photos here.

Andre is married to a woman named Melissa. The two have one child together, a son.

Magic and Cookie Johnson were expecting Earvin Johnson III when Magic found out that he was HIV positive. Thankfully, EJ was born happy and healthy a few months later.

In 2013, EJ came out. A year later, he joined Rich Kids of Beverly Hills, a reality series following the lives of some of the richest kids living in the city. It didn’t take long for fans to fall in love with EJ, who has completely come into his own over the past three seasons. In 2015, EJ showed off seriously dramatic weight loss after undergoing gastric sleeve surgery. He lost well over 100 pounds.

“It’s a totally new mindset — I’m completely dedicated to living a new, healthy lifestyle. It’s given me a whole new view on life. I really think it’s important that you not listen to so many fads; you really need to find what works for you,” EJ told Page Six in September 2015.

On June 4, 2017, EJ celebrated his 25th birthday. He posted the following message on Instagram.

“Thank you to all my friends family and fans for all the beautiful birthday wishes. I am so blessed that I have come such a long way in my 25yrs of life but more importantly that I have become the adult I have always wanted to be. It’s been a great journey but I still have a long way to go and many more goals to achieve. I’m excited for a lifetime of doing the ABSOLUTE MOST. #teamthis.”

3. Magic Is Extremely Supportive of EJ & Has Spoken Out About Being a Parent to a Gay Child

Magic has been completely supportive of EJ and has been completely open and honest about being a parent of a gay child. In a sit-down with Ellen DeGeneres in April, Magic talked about giving his children unconditional love, no matter what their sexual preferences are.

“It’s all about you not trying to decide what your daughter or son should be or what you want them to become — it’s all about loving them no matter who they are, what they decide to do,” Magic Johnson told Ellen. “When my son came out, I was so happy for him and happy for us as parents. And we love him. E.J. is amazing,” he added. You’ve got to support your child. There’s so many people who try to discriminate against them. So if you don’t support them, who’s going to support them and love them?”

You can watch Magic’s interview with Ellen in the video below.

A few years after welcoming EJ, Cookie and Magic found themselves wanting to expand their family. Rather than take a chance on having an infected biological child, the two decided to adopt. They welcomed Elisa into their family in 1995. She was just a baby at the time.

The youngest Johnson — now 23 — recently moved to the East Coast in hopes of jump-starting a career of her very own. After appearing on Rich Kids of Beverly Hills with her brother, EJ, Elisa set her sights on something bigger. She joined him in New York and was on his Rich Kids spinoff, EJNYC.

She is super into fashion — as of 2016, she was attending the Fashion Institute of Technology — and her Instagram page is straight up enviable. She treats her 314,000 followers to super cool snaps on a regular basis.

In 2016, Elisa was asked about growing up in the Johnson household.

“I always struggle with this question because, to me, I had a totally normal upbringing—my dad was just my dad. The only difference was that people would come up to us a lot and ask for photos, or we would need security for certain trips. As a young girl I was proud because I thought my dad was a super hero, but as I got older I started to realize who he really was and it made me gain an even greater appreciation for him,” she told CR Fashion Book.

As far as her career goes, Elisa wants to combine her passions for singing, shopping, and social media. She also wants to raise awareness about HIV and AIDS (her dad was diagnosed with HIV in 1991).

“In ten years I hope I’ve established myself in my career and that I’ve made my mark on the world in a positive way. It’s really important to me to raise awareness about HIV and AIDS, so I hope I’ll be able to help educate people about it. The biggest stigma with my age group is that people believe that it can’t happen to them, which couldn’t be more untrue,” she told CR Fashion Book.

The NBA legend’s life has not been without controversy, even long after his retirement. Earlier this year, a woman named Renee Perkins came forward with claims that Magic had fathered her now-35-year-old child. According to Radar Online, Perkins said that Magic “abandoned” her and her son, Chauncey.

“It tore me apart because I really didn’t want to have or raise a child on my own. [Magic’s basketball ‘advisor’ Dr. Tucker] told me I really had to get an abortion, and that Magic was not going to be with me because he had his career to worry about,” Perkins told Radar Online in January.

She went on to tell the publication that she had previously spoken to Magic over the phone and that he had promised that he’d take care of Chauncey, but that never happened. The report indicates that Perkins also provided tapes of phone calls dating back to 1985. Those tapes never made it to the internet, however.

The case was never “resolved” publicly and Johnson never released a statement about Perkins’ claims. 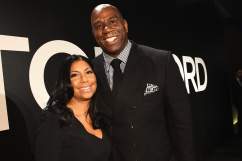