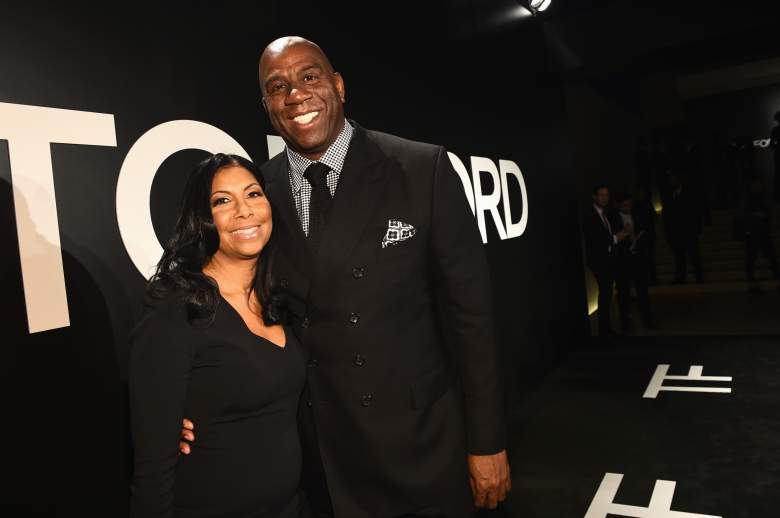 Johnson and his wife, Cookie Johnson (Earlitha Kelly Johnson) have been married for 25 years and have been active philanthropists and have lived worked toward combating HIV in the years after Magic’s diagnosis announcement.

Cookie and Magic got married in September 1991, with a small wedding in Lansing, Michigan.

The wedding ceremony was two months before Magic announced to the world that he was infected with HIV.

Cookie wrote in her 2016 memoir, “Believing in Magic” about the night he revealed to her that he had been diagnosed with HIV. She said in the book that going through it was like being in her own “personal hell” filled with “silence and darkness, numbness.”

She wrote that after telling his wife, he “locked himself in a room and called the long list of women with whom he’d been intimate.” Cookie added in the memoir about the night and experience after, “In just one moment our world, this perfect union we’d fought so hard and so long to have was obliterated.”

Cookie had been pregnant when Magic broke the news to her, but both have since been given the “all clear” on a potential diagnoses.

In a 2013 interview with Oprah Winfrey, the couple said that they are still madly in love with each other and are “soul mates”

The couple celebrated 25 years of marriage in Italy in September 2016 with a big party and trip to Europe.

Cookie and I are in Venice, Italy celebrating our 25th Anniversary! Venice is absolutely beautiful and we enjoyed touring the city by water taxi!

Essence wrote that Magic organized a “black tie affair on the Yacht Club de Monaco with over 100 of their famous friends to honor their special day.”

The couple have two children together, Earvin Johnson III(EJ) and Elisa Johnson. Magic has another son from another woman, 35-year old Andre.

EJ is openly gay and Elisa was adopted in 1995.

EJ was a star on the reality TV show, “Rich Kids of Beverly Hills.”

When EJ was on the show, Magic told TMZ that he was “very happy” for his son to be featured. 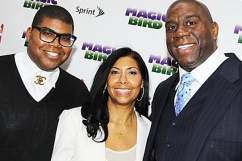 Cookie has become involved in various ventures in her life, one of which is a clothing line called “CJ by Cookie Johnson.”

Cookie’s products largely include jeans because, as she wrote in her “About Me” on 6pm.com, she despaired over hte lakc of premium denim for women with a figure like hers. She said, “I couldn’t find jeans to fit my body type. It frustrated me to try on every pair in the store and leave with nothing.”

Because of that, she took action and created her own brand. Like Magic, Cookie attended and graduated from Michigan State University. She had a degree in retailing of clothing and textiles. Her brand is sold in over 500 specialty stores in the United States.

4. The Couple Have Been Active Advocates Against AIDS

In the years following Magic’s diagnosis, he and Cookie have remained active in combating HIV and AIDS. Kelly had virtually remained quiet on the issue for 16 years, but in an interview on NBC’s “Today Show,” the couple spoke out against the fatal disease.

“My goal is to go out across the country and speak to over 1,000 women; to educate them and to empower them,” Cookie told Matt Lauer in the 2007 interview.

When Magic retired from the NBA, he became a spokesperson for HIV/AIDS prevention. The couple have worked together to promote awareness of the disease, they told Haute Living.

There are so many misconceptions out there, and because of that, it has caused so much discrimination. It’s really sad. A lot of people are afraid to hug and kiss those with HIV or AIDS because they’re afraid they’re going to get it. It’s shocking how many people don’t get it. I don’t know where they live—maybe under a rock.

Magic and Cookie created the Magic Johnson Foundation in an effort to develop and fund programs that are geared at preventing HIV/AIDS while also providing testing, treatment and scholarships. Cookie serves on the organization’s board of directors.

5. Kelly’s Net Worth Is Reportedly Around $50 Million

According to Celebrity Net Worth, Cookie has a net worth of $50 million.