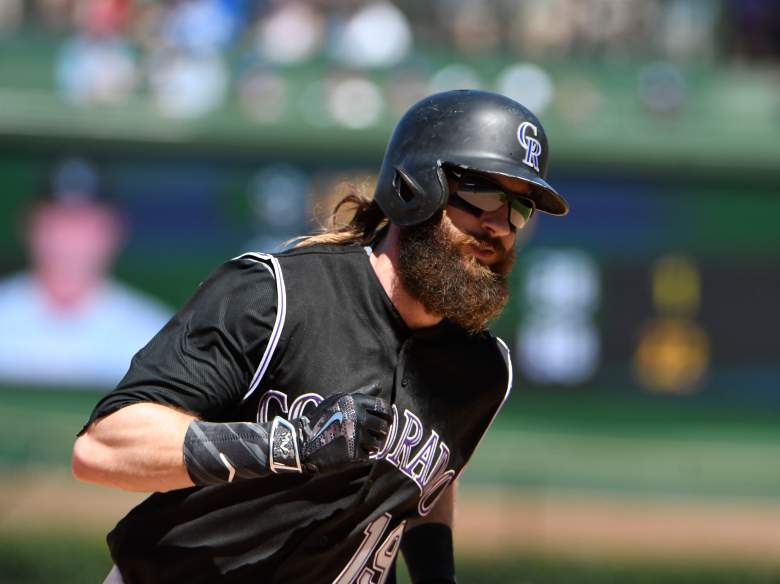 Charlie Blackmon is leading the hottest team in baseball. (Getty)

The Houston Astros remain on top of Heavy’s MLB Power Rankings, but they are finally getting some serious competition. Both the Colorado Rockies and the New York Yankees made significant jumps this week and are nipping on the Astros’ heels. Other than the Rockies, no team on the list finished with fewer than two losses on the week. The Rockies, powered by Charlie Blackmon and a young pitching staff, have won seven straight.

Charlie Blackmon crushes homer out of wrigley fieldCharlie Blackmon launches a home run over the right-field wall and out of Wrigley Field to extend the Rockies' lead to 4-0 in the 7th2017-06-11T01:15:33.000Z

Returning to the list this week are the N.L Central Division leading Milwaukee Brewers. The Brewers essentially replace the Baltimore Orioles, who went 2-4 on the week and have lost three straight. 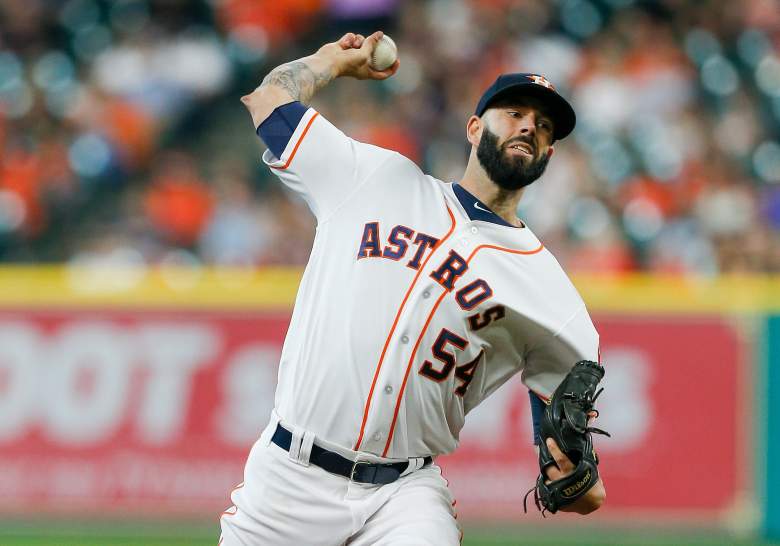 Outlook: The Astros went 4-3 on the week, and they will have to do better than that going forward if they want to keep the top spot. They were without MLB’s ERA and win leader Dallas Keuchel, who was shut down due to discomfort in his neck. He is scheduled to start throwing again next weekend. The team did get two solid starts from Mike Fiers, who went 2-0 with a 1.46 ERA.

The team’s 344 runs scored still leads MLB, but the Yankees (339) and Rockies (337) are close behind. George Springer continued to stay hot, batting .333 with 2 home runs and 4 RBIs in his last seven games. 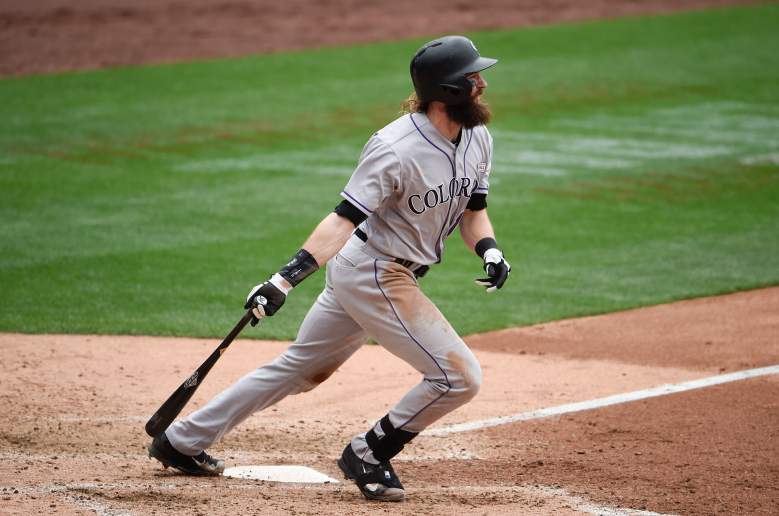 The Colorado Rockies went 6-0 for the week (Getty)

Outlook: The Rockies, winners of seven straight games, are officially the hottest team in baseball. At 41-23 they own the second-best record behind the Astros. They are an impressive 24-10 on the road, ruling out any Coors Field advantage. Charlie Blackmon is putting up MVP-type numbers. He is second in the N.L in RBIs, runs and slugging percentage and fifth in OPS.

They have had great pitching from their young pitchers. Their rookie starting pitchers have combined for 20 wins. The Rockies will look to keep their winning-streak alive in the final game of a three game series against the Cubs on Sunday, before going to Pittsburgh. 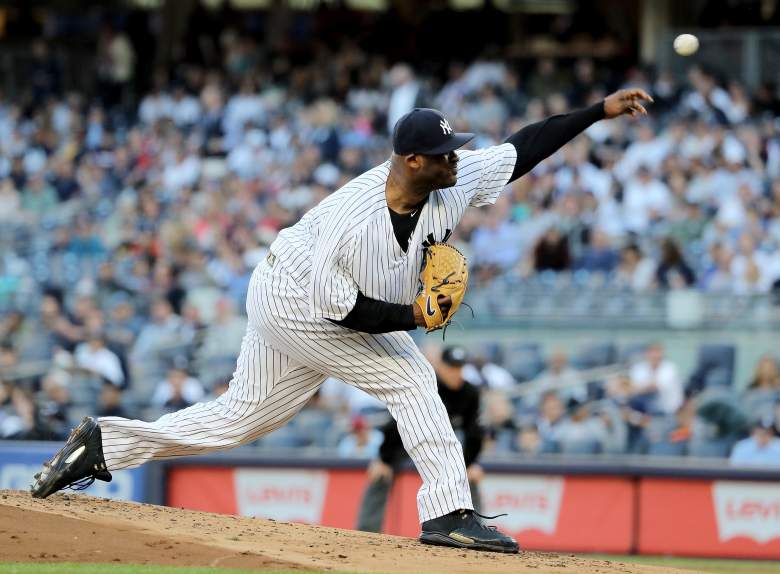 Outlook: The Yankees made the biggest jump in the Power Rankings this week, moving from 6th to 3rd. They went 4-2 on the week and took 2 of 3 from the Boston Red Sox. CC Sabathia continued his strong season will 8 innings of shutout baseball against the Red Sox.

Aaron Judge had a relatively slow week by his standards, but he did hit his league-leading 19th home run on Saturday. The Yankee’s have 98 home runs through 59 games. 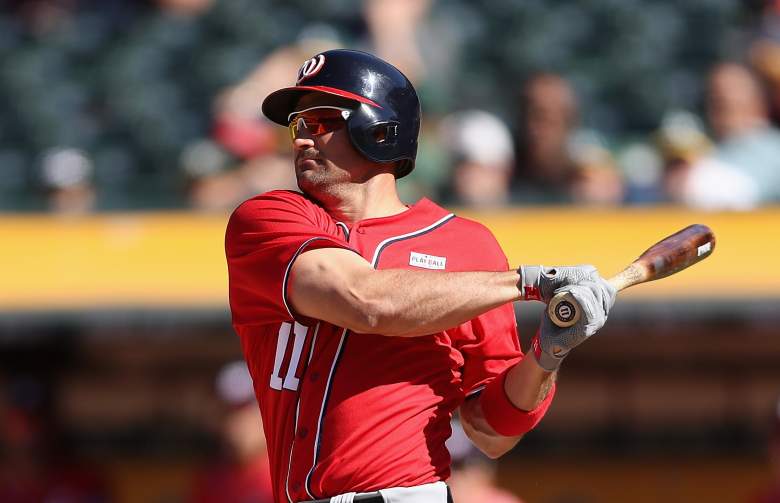 Outlook: The Nationals dropped two spots this week, mostly due to stronger play from the Rockies and Yankees. The Nationals went 4-3 on the week and already have a 10.5 game lead in the N.L East.

Ryan Zimmerman had another good week, batting .333 with 2 home runs and 4 RBIs. He leads the N.L in average, home runs, slugging and OPS. He is fourth in RBIs. He tweaked his back in a game against the Dodgers, but is listed as day-to-day. 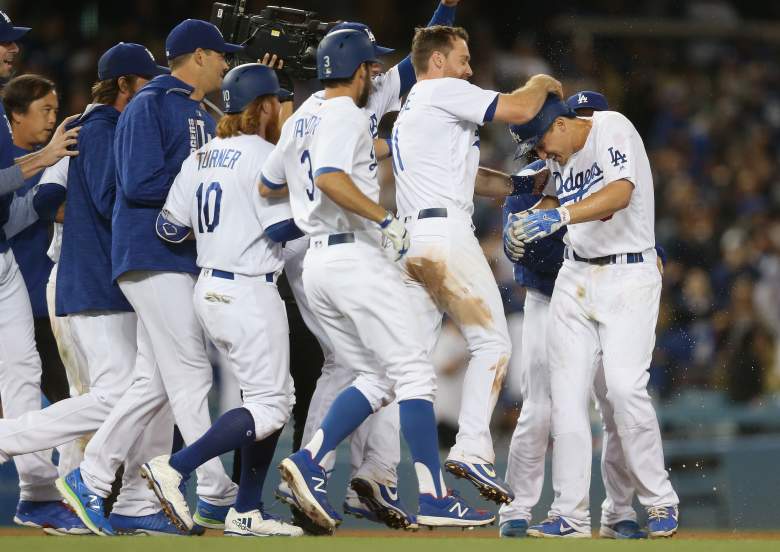 Outlook: The Dodgers drop two places due to a 3-3 record on the week.

The Dodgers lost two of three at home against Washington last week, but have rebounded to win three games in a row. Clayton Kershaw is back to his usual spot atop the ERA leader board.

Corey Seager recorded his first walk-off, giving the Dodgers a 5-4 win against the Reds Saturday night. 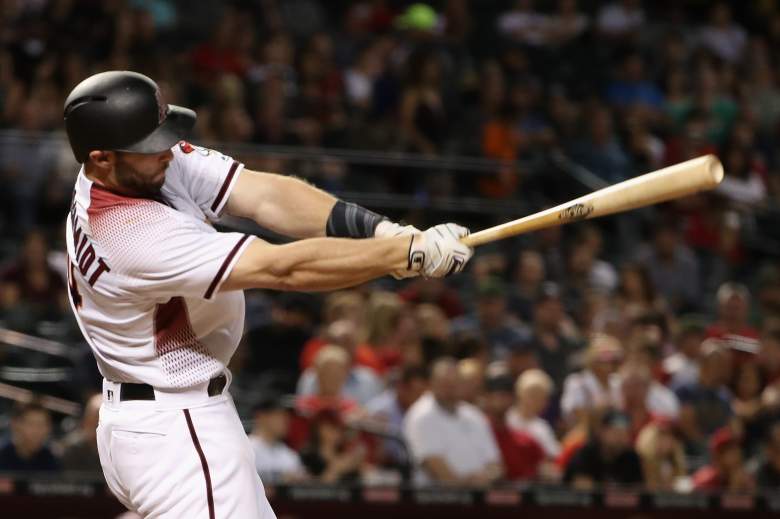 Outlook: The Diamondbacks went 4-2 on the week but still lose a spot. Three of their wins came against the lowly-Padres and Zach Grienke has been placed on paternity leave. Grienke is tied for the league lead in wins and fourth in innings pitched.

Paul Goldschmidt is quietly having another great season. Goldschmidt is first in the league in runs and walks and sixth in RBIs and OPS. He ranks second in the N.L with a 3.1 WAR. 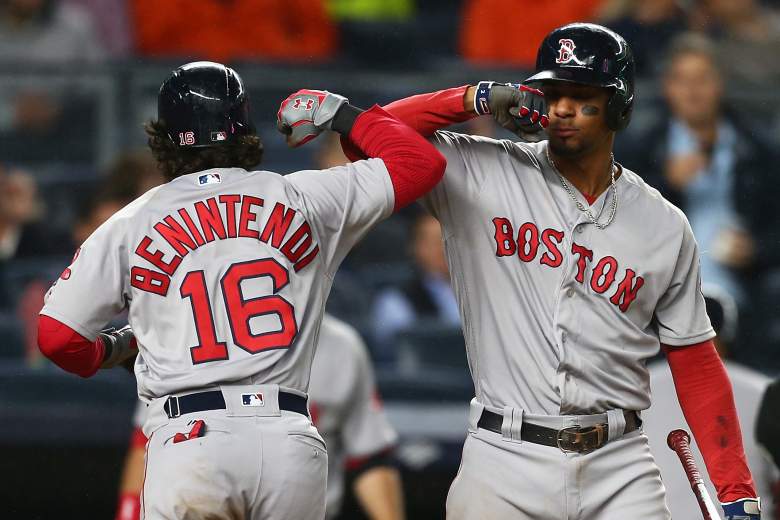 Outlook: The Red Sox move up a spot to number 8 this week. The Sox went 4-2 on the week despite losing two of three to the Yankees. Chris Sale picked up two more wins and now has eight for the season.

Rookie Andrew Benintendi had an excellent week, batting .333 with 3 home runs and 7 RBIs. The Sox have one more game against the Tigers on Sunday, before facing the Phillies in an interleague series. 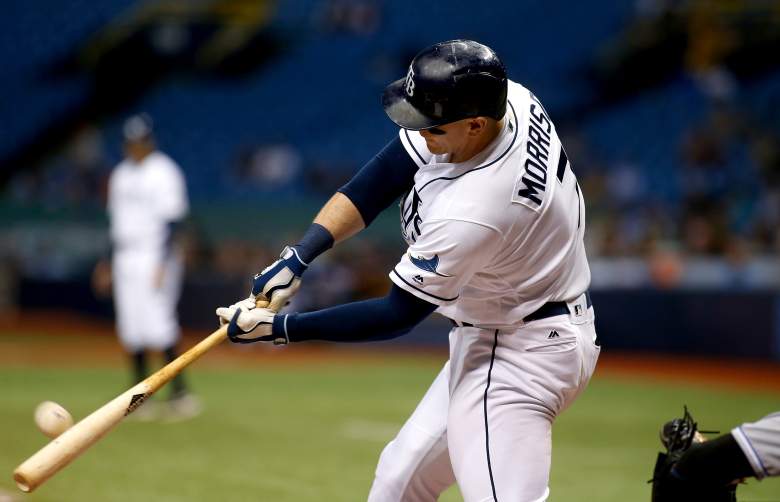 Outlook: The Rays went 4-3 on the week and continue to hang around in a tough A.L East. It will be difficult for the Rays to keep pace with Kevin Kiermaier expected to miss two months. Kiermaier fractured his hip after sliding into first base Thursday night.

Logan Morrison has been a pleasant surprise for the team. Morrison ranks third in the A.L in home runs and fifth in walks. Morrison has a .876 OPS for the year. 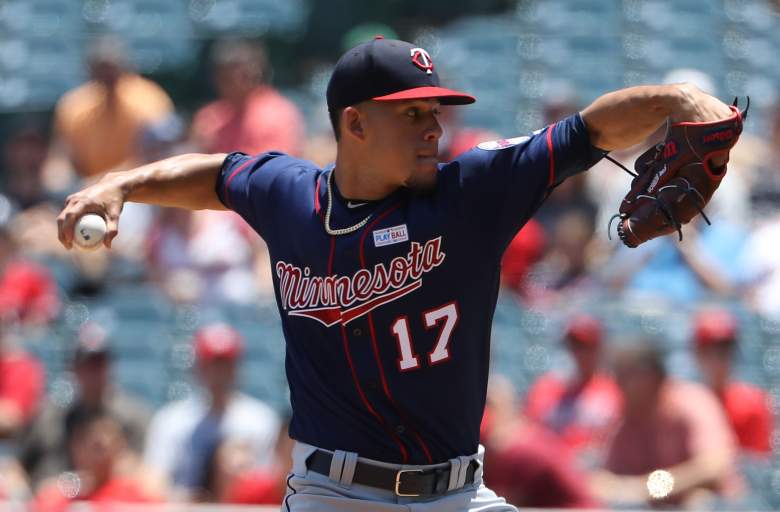 Outlook: The Minnesota Twins went 4-3 last week and moved up a spot to 9th. The Twins have a 2.5 game lead over the Indians in the N.L Central. They got two wins out of rookie Jose Berrios. Berrios made his debut on April 27 and is 5-1 with a 2.84 ERA.

The Twins play their final game of the series against the Giants on Sunday, before starting a three game series with Seattle on Monday. 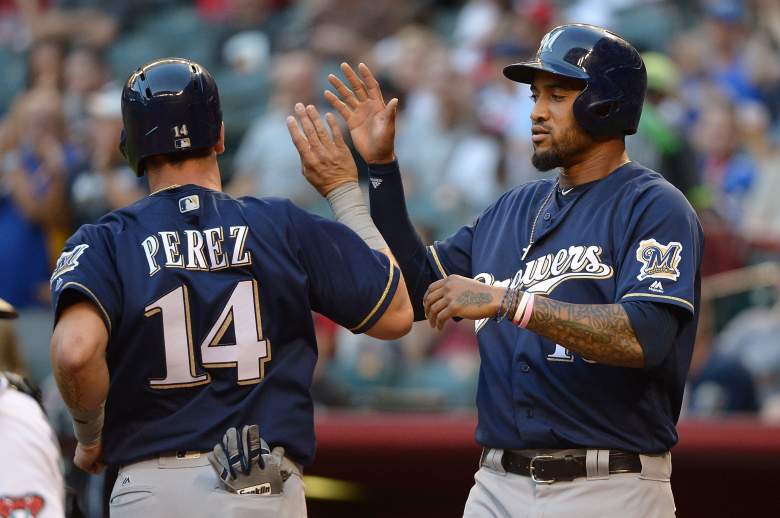 Outlook: The Brewers are back on Heavy’s MLB Power Rankings after going 4-3 last week. The Brewers are 33-30 and lead the N.L Central by two games. Zach Davies picked up two wins on the week and is now 7-3 despite a 4.74 ERA. The Brewers are fourth in the N.L in runs scored this year.

Hernan Perez batted .300 with 3 home runs and 5 RBIs in his last seven games. Domingo Santana batted .360 with 2 home runs and 4 RBIs. The Brewers have one game left with the Arizona Diamondbacks on Sunday and then travel to St. Louis for a four game series with the Cardinals.

Read More
MLB, MLB Standings, Sports
The Colorado Rockies are the hottest team in baseball, but is it enough to pass the Astros for the top spot on Heavy's MLB Power Rankings?