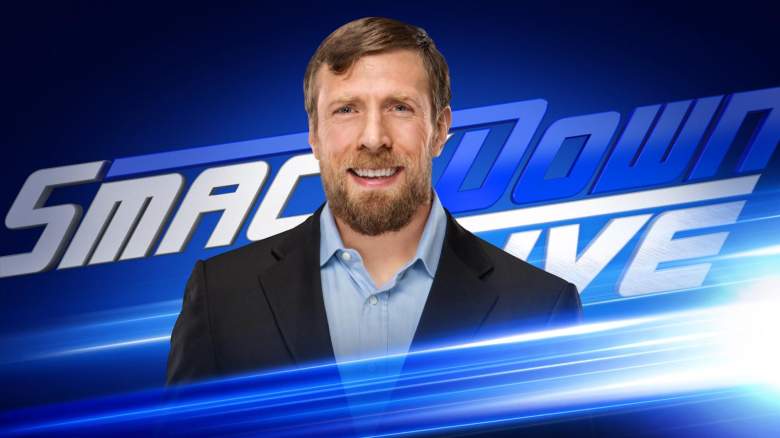 Daniel Bryan will return to SmackDown Live on Tuesday after a two-month absence. So where exactly has Bryan been all this time?

Bryan took some time off this year because his wife, Brie Bella, gave birth to a baby girl. The SmackDown Live general manager left in preparation of Bella’s delivery, as she was expected to give birth on May 1st. During this time, Bryan shared numerous updates on Twitter about the process of preparing for a child.

Our baby was due yesterday, and even though she's not here yet, now it's time for me to bust out my #DadWear pic.twitter.com/w5lB5VtqKR

Brie Bella ended up giving birth to Birdie Joe Danielson on May 9th, 2017. In a recent interview with Fox Sports, Bryan said that Shane McMahon has been extremely supportive throughout the whole process and has given him some great parenting advice.

“The best parenting advice I actually got was from Shane McMahon,” Bryan said. “He was great with me when Brie was pregnant and all that. He said ‘when you have that baby, make sure you take care of Brie first.’ …So what can I do to help Brie the most? What can I do to make Brie’s life the easiest? And that means – like before, traditionally, Brie would do most of our laundry. You know, I would throw in loads of laundry and it wasn’t a big deal, but now I try to do as much of our laundry as I can. And I, when we’re in the hospital, try to change every diaper. I try to make Brie’s life as easy as possible.”

Picking the last of the grapefruit, baby in arm, and Josie watching to make sure I don't miss any #DadLife pic.twitter.com/38qXoM5yGD

We've enjoyed having #vegan @VeestroFood meals since the baby! Fast, nutritious and DELICIOUS! Use coupon code YesYesYes for 20% off! pic.twitter.com/wcUYHJwjrO

Squat Day, no sleep. Solution? @ora_organic Renewable Energy. Gets me pumped when the baby keeps me up at night! Discount code YesYesYes pic.twitter.com/q403uAPOVt

On Instagram, Brie Bella has remained quite active over these past few weeks, posting photos of herself with her husband and daughter. On Father’s Day, she wrote, “The minute I saw his face as Birdie was coming into this world I knew he’d be an amazing father!!! Happy Father’s Day ?”

The minute I saw his face as Birdie was coming into this world I knew he'd be an amazing father!!! Happy Father's Day ? #fathersday #BryanandBirdie #fatheranddaughter

Bryan has been pretty disconnected from the WWE world during these past several months with his wife and daughter, but ahead of Money in the Bank, he tweeted that he was looking forward to the ladder match and announced that he would return on June 20th.

Looking forward to watching history be made at @WWE #MITB on Sunday but Tuesday it's back to work for me at #SDLive! #YesYesYes

After James Ellsworth interfered in the women’s ladder match, Daniel Bryan took to Twitter to say that this was unacceptable and cheap, promising to address it at the start of SmackDown Live on Tuesday. It remains to be seen whether Daniel Bryan and Shane McMahon will allow Carmella to keep the contract.

Absolutely unacceptable and cheap. The circumstances surrounding the Women's #MITB match will be the FIRST thing addressed on #SDLive.

In an interview with Fox Sports, Bryan expressed the frustration that a lot of fans had with this, namely that the company built up the importance of the first ever women’s Money in the Bank match, only to have a man win it.

“But I think when you build something up as far as like ‘hey, this is this really important moment for women in WWE,’ and then a man is the one who climbs up to the top and grabs the briefcase…I think that that really rubs people the wrong way and it sends the wrong message,” Bryan said.

Read More
Pro Wrestling, WWE, WWE Smackdown
Daniel Bryan will return to SmackDown Live as general manager on Tuesday after a two-month absence. So where exactly has Bryan been all this time?