Saturday’s NBA Summer League game between Lonzo Ball and the Los Angeles Lakers and Jayson Tatum and the Boston Celtics was nationally televised and wound up being worth watching. Ball and Tatum, who were the No. 2 and No. 3 picks in the 2017 NBA draft, respectively, both had monstrous nights, with the Celtics pulling out a narrow 86-81 victory.

The outcome of the game wasn’t the storyline, though, as all the focus after was on the performances of Tatum and specifically Ball. While Tatum scored 27 points with 11 rebounds, it was Ball’s bounceback performance from a brutal debut that left everyone talking.

Ball recorded a triple-double in his second Summer League game, tallying 11 points on 5-of-13 shooting with 11 assists and 11 rebounds. This came on the heels of a game in which Ball struggled mightily against the Los Angeles Clippers, going 2-of-15 from the field and 1-of-11 from downtown in 32 minutes. Interestingly, Lonzo’s father LaVar Ball didn’t seem too concerned about the opening performance from his son, but after his triple-double?

“There’s always going to be progress on each game, he’s going to keep going up,” LaVar told SI.com. “You [media] guys will look at it now, and say, ‘Wow, he had a triple-double.’ That don’t mean nothing to me. You’ve got to win. It don’t mean nothin’. Wins only matter. Point guards ain’t judged on stats, they’re judged on victory.”

While it may seem a bit harsh from Lonzo’s father, the newest Lakers point guard echoed a similar sentiment when it came to the team not winning the game.

“I definitely felt better, better game,” Ball said. “But we didn’t get the win so that’s all I really care about.”

LaVar may be outspoken, but was he right to not be the slightest bit impressed with his son’s triple-double? As ESPN Stats & Info pointed out, the 19-year-old didn’t have a triple-double last season at UCLA and is up against a higher level of competition right now.

He did not have any last year at UCLA. pic.twitter.com/RtdMhhf2g4

Watch some of the highlights of Ball’s passes below and decide for yourself how impressive the triple-double was because Lonzo was able to do some impressive things on Saturday.

The future looks bright for the Lakers, even if they are off to a 0-2 start in the Summer League. Time will tell how Ball’s play winds up transitioning when the actual 2017-18 NBA season begins. 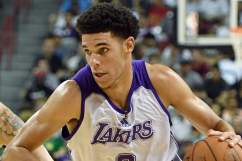 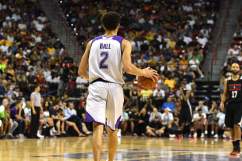 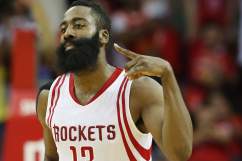