Never mind the silly title for this new WWE PPV.

Judging by the match card, it looks like it might be the one of the best wrestling events of 2017. The main event looks to be the most hardcore, drag out brawl fans have been increasingly hyped about – WWE Universal Champion Brock Lesnar vs. Samoa Joe. The buildup has turned out to be better than expected and now it’s time for them to prove who’s truly the unstoppable beast. Plus, Braun Strowman has made it clear that he’s not finished with Roman Reigns just yet. They’ll be going head to head in an Ambulance Match. Also on the card is a 30-Minute Iron Man Match for the WWE Raw Tag Team Championship, Seth Rollins vs. Bray Wyatt and a host of other title matches.

Stay right here to get all the results/highlights for WWE Great Balls of Fire 2017. 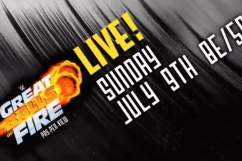 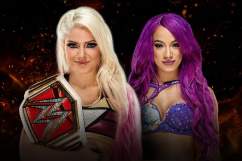 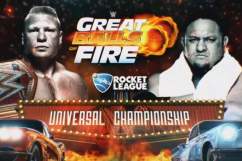 Highlights: Tozawa got the crowd to get hype alongside him before getting extra rough with the champ. A feeling out period ensued between both men resulted in flips and arm drags. Tozawa laid out Neville with a nasty chest kick and a Senton Splash afterwards, then a side kick to Neville on the ring apron. Tozawa went full speed ahead for a plancha attempt but Neville kicked him off course. Afterwards, Neville began dishing out some punishing strikes. Neville sent Tozawa to the outside at one point and threw him into the barricade. Neville took him back into the ring later on to dish out more pain to the title challenger. Neville chose to taunt Tozawa, which made him respond with rapid fire cops and a nice jab. Tozawa finally woke up and began laying in most of his signature moves. Neville crawled out of the ring to avoid a top rope move from Tozawa, but Tozawa countered that by planting two dives through the middle rope at him.

The match continued as Neville caught Tozawa jumping from the rope. Tozawa ended up locking Neville into an Octopus Hold for a few moments before it was broken. Tozawa looked for a big move off the tope rope, but Neville dodged him then caught him with an elbow strike and chest kicks soon after. Neville finished that offensive string off with a dropkick to to Tozawa’s chest. Neville made sure to land another elbow strike to Tozawa in the corner and look to land a Phoenix Splash, but he missed. Tozawa almost rolled him up for the win, but Neville kicked out. Tozawa pulled off a Shining Wizard and then planted Neville with a top rope Senton Splash, but Neville escaped to the outside. Back in the ring, Neville kicked the top rope underneath Tozawa right into his groin and then kicked him once more in the gut for the win.

Highlights: The first winning pinfall came quickly after Sheamus laid out Matt with a Brogue Kick due to a distraction from Cesaro. Jeff ran in afterwards and took down both men with a Double Dropkick. Once Sheamus left the ring, Jeff began working over Cesaro. Cesaro shook him off after eating some offense and tagged in Sheamus. Jeff managed to beat Sheamus right into his tag corner, which led to a healed Matt tagging into the ring. Matt chose to slam Sheamus’ head repeatedly into the ring apron on the outside to the wonderful sound of “DELETE!” chants. Matt got Sheamus back into the ring, landed a big move and then pulled off a tag team maneuver with Jeff on the big Irishman. Jeff stayed on top of Sheamus with some offense for a while, but Sheamus finally got him off by launching him to the outside. Cesaro took the opportunity to shove down Jeff, but Matt rushed over to Cesaro to begin beating him down. Cesaro used a big elbow strike to force Matt down to the ground.

Back inside the ring, Cesaro and Sheamus took the time to punish Jeff. Jeff tried to tag in Matt after escaping the grasp of Sheamus at one point, but it was all for naught. Sheamus planted Jeff with a Powerslam and then pulled off a tag team move on him with Cesaro in tow. Cesaro used a Big Boot cheap shit to blast Matt off the ring apron and prevent Jeff from tagging in Matt. This led into them getting another winning pinfall after planting Jeff with another tag team maneuver. When Jeff finally came to, he moved out of the way of Sheamus and forced him to fling himself right into the ring post. Once Matt got the hot tag, he slammed Cesaro’s head into the ring padding several times and followed that up with a Clothesline/Bulldog combination. Matt stayed all over Cesaro with his comeback offense, then helped take him down Cesaro after a Poetry in Motion. The Hardy Boyz scored their first pinfall after a Side Effect/Twist of Fate combination.

The match continued as Jeff put Cesaro down with a Gordbuster. Cesaro crawled away in time to bring Sheamus in, who ended up getting kicked right in the mouth by Jeff more than once. Jeff then tagged in Matt to help him continue weakening Sheamus. That plan worked as Sheamus ended up the receiving end of a Double Suplex. When Sheamus and Cesaro ended up on the outside, Matt catapulted Jeff to the outside right on top of them. Matt focused his attention on Sheamus for a while before Cesaro forced Matt right into the ring post. Matt was laid out long enough to give the rival team a countout win, which gave them the 3-1 advantage. Matt climbed back into the ring and was met with a knee strike from Sheamus. Cesaro then got tagged in to continue beating Matt into nothingness. Both men went right back to assaulting Matt as the clock kept ticking. Sheamus even took his sweet time as he cracked Matt’s chest with repeated punches. Cesaro then came off the apron with a Double Axe Handle, which was followed up by Matt getting throw into the barricade and cracked with a Running European Elbow. Matt got thrown back into the ring and slammed to the mat with a Double Suplex.

Matt finally woke himself up and took Sheamus down with a surprise Side Effect. Before Matt could tag in Jeff, Cesaro booted Jeff off the ring apron. Matt ended up getting locked into a Cesaro Sharpshooter, which almost gave the rival team another winning point. After some back and forth offense from both teams, The Hardy Boyz scored another win after a unique backslide/leg drop maneuver caught Cesaro. Afterwards, Matt and Jeff went nuts as they tried a bunch of moves as they looked to tie things up. Matt actually planted Sheamus with a Tornado DDT, but it wasn’t enough to keep Sheamus down for a winning pinfall. A struggle on the top rope ensued later, which led to Matt landing a beautiful Moonsault on Sheamus. Matt almost got another pin on Sheamus, but Cesaro stopped that from happening. Matt and Sheamus ended up n the top rope again and this time, a Super Twist of Fate occurred and tied the match up 3-3.

Sheamus took a while to get back onto his feet. When he did, Jeff put him back down and looked to land a Swanton Bomb. Cesaro pulled Sheamus out of the way, but Jeff switched direction and splashed the both of them on the outside. Matt and Jeff got Sheamus back into the ring and squashed him with a top rope tag team maneuver, but Cesaro saved Sheamus once more. Matt almost got pinned after eating an European Elbow from Cesaro, but he kicked out in the nick of time. Cesaro got a blind tag to Sheamus, who ended up eating a Swanton Bomb. Cesaro ran in and quickly snapped up Jeff for another winning pinfall. Jeff did his best to get another pin and almost got it after hitting a Twist of Fate on Cesaro. While he had Cesaro pinned though, the time limit came to a close.