When trades happen in sports, a lot of rumors can come out about what may or may not have really happened, and that’s exactly the situation that arose once the Boston Celtics traded point guard Isaiah Thomas.

After moving Thomas, Jae Crowder, Ante Zizic and the Brooklyn Nets 2018 first-round draft pick for Cleveland Cavaliers PG Kyrie Irving, a rumor came out about Thomas’ time with the Celtics. Chris Broussard of FS1 reported that “a lot” of players in Boston “weren’t really that fond” of Thomas.

"Cleveland is winning the East, and they're better equipped to play Golden State than they were before." — @Chris_Broussard pic.twitter.com/EuqeLZMj0B

He is known as a headstrong guy. He’s got a huge ego. They he’s got the Napoleon Complex. He always has that chip on his shoulder.

As you can imagine, there was a ton of backlash, and Broussard even took to Twitter in order to defend his report.

Because I said some execs on other teams said he rubbed some Cs the wrong way, I'm an IT hater? Was just sharing what I was told post-trade

But from that point, the plot really thickened. Players who played with Thomas, as well as coaches, took to Twitter in order to defend the former Celtics point guard.

Lies lies and More Lies!!! Smfh. Y'all better than that! https://t.co/XVcBelKDkA

Y'all need to stop that!

And then Evan Turner spoke with Jared Weiss of Celtics Blog completely denying the rumors.

“I met IT in high school, we always been tight,” Turner told CelticsBlog after the trade. “The kid has literally acted the same with me since I was 16. I just don’t see how that even comes out. I’ve never known him to be an [expletive] or disliked by anyone. He’s not arrogant or anything. Dude works his [expletive] off.”

Based on the responses, it’s hard not to buy into what his old teammates are saying. That’s definitely not to say that there weren’t a few teammates along the way who didn’t like Thomas, that’s really just the nature of the beast. But still, Thomas’ teammates stood up to have his back, and it seems that he’ll certainly be missed in Boston. 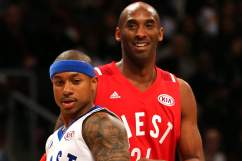