The East’s best team and one of the East’s best young teams meet in a potential preview of the playoffs on Friday night, as the Cleveland Cavaliers travels to the BMO Harris Bradley Center to take on the Milwaukee Bucks.

Tip is scheduled for about 7:15 p.m. ET and the game will be broadcast nationally on ESPN. Those with a cable subscription can watch the game online via WatchESPN.com or the ESPN app, but if you’ve cut the cable cord, you can still watch a legal live stream for free via one of the following services:

Each of the above services include a free trial, so you can watch tonight’s game at no cost.

It’s the past and present vs. the future and also present.

LeBron James, obviously, has owned the NBA to varying degrees over the last decade-plus. And while he’s certainly still playing at a Top-3-in-the-NBA level, he’s reign as the East’s best player is quickly being challenged by 23-year-old Giannis Antetokounmpo.

“The Greek Freak, I think, is a force. I’ve never seen anything like him,” said Kevin Durant about the Bucks young superstar. “His ceiling is probably … he could end up being the best player to ever play if he really wanted to. That’s pretty scary to think about. He’s by far my most favorite player to watch.”

After a monstrous 2016-17 campaign in which he finished seventh in MVP voting, Antetokounmpo started off this season with 37 points, 13 rebounds, three assists and three steals, willing his team to a victory on the road against the Boston Celtics.

There are obviously plenty of things to watch during this game, but James vs. Antetokounmpo is undoubtedly the reason it’s on ESPN. And certainly the No. 1 reason you should be watching. 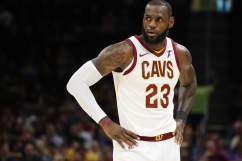 How to Watch Cavaliers Games Live Online Without Cable 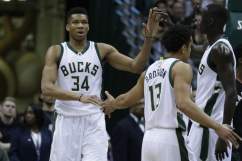 Bucks Live Stream: How to Watch Games Without Cable in 2017-18

Read More
Cleveland Cavaliers, Live Sports Streaming, Milwaukee Bucks, NBA
It's LeBron vs. Giannis, as the Cavaliers take on the Bucks on Friday night. Here's how to watch a free live stream without cable.