Getty Ezekiel Elliott's value is only going to rise.

Injuries continue to mount during a young NFL season. Odell Beckham Jr. is the latest fantasy stud to go down. While we never want to see a player get injured, Beckham was one of the players I mentioned last week who really concerned me. Hopefully, you took the advice and traded him before the serious injury.

If not, all is not lost as there is still time to recover. Now is the time to act if you are sitting at 0-5, 1-4 or 2-3. Even if you appear on track to make the playoffs, you can take advantage of other owners panicking by making a shrewd deal. Sometimes the best trades occur because you are not desperate to make one.

As always, feel free to reach out to me on Twitter @JonDAdams to evaluate trades or with any fantasy related questions. Here’s a look at this week’s top buy and sell trade candidates.

GettyEvan Engram is the perfect buy low player to target in trades.

RB Ezekiel Elliott, Dallas Cowboys: Given Elliott is off to a solid start, it may seem odd to have his name on the list. However, Elliott has only scored a touchdown in two out of five games. His best is yet to come, and you might be able snag him at a good value. Especially with the uncertainty of the appeal process on his suspension.

Be smart, but Elliott is the kind of building block you can give up multiple players to acquire.

WR Cooper Kupp, Los Angeles Rams: Kupp made the list last week, but only had three receptions for 44 yards. This means there is still time to buy. Despite only having three catches, Kupp had eight targets.

It is becoming clear Kupp is the first wide receiver option for the Rams. Jared Goff looked his way for what would have been a game-winning touchdown. Kupp is a solid WR3 going forward with WR2 upside.

TE Evan Engram, Giants: The Giants literally have no one else to throw to. It looks like Odell Beckham Jr. is going to miss most if not all of the rest of the season. Roger Lewis was the only Giants wide receiver not to sustain an injury in Week 5.

Engram is coming off a zero reception game which means you might be able to get him for a bargain. According to ESPN, Engram was second among tight ends in targets prior to Week 5. Last week seems like an outlier, and he could end essentially becoming the WR1 on a depleted Giants roster.

RB Todd Gurley, Rams: Given Gurley has absolutely crushed the start of the season, he is not the typical player we would have on this list. However, Gurley is coming off 43 rushing yards and a fumble. The fumble was especially costly as it happened right before Gurley was about to score.

Gurley is going to be fine as he faced a stellar Seahawks defense last week. He faces a solid Jaguars defense this week, and his numbers could take a slight hit. This may be the perfect window to try to buy Gurley as there is a slight chance his owner is panicking about his poor performance.

RB LeGarrette Blount, Philadelphia Eagles: Everyone seems to be fading Blount, but who else do the Eagles have? Wendell Smallwood is going to be utilized when he is healthy, but his role will not conflict with Blount. He is coming off a modest seven point fantasy performance as Blount did not manage to find the end zone.

Aside from the one game against Kansas City where Blount barely played, here is a look at Blount’s carry totals this season: 14, 12, 16 and 14. You may not like him, and the Eagles may not even like him. However, go with what the carries tell you. Now is the time to go after him. Blount has only scored in two games this season. Blount’s production is about to see an uptick, especially with the Eagles offense humming.

GettyBrandin Cooks is a player to try to trade for the right price.

WR Brandin Cooks, New England Patriots: Cooks is coming off one of his better performances of the season. There is a chance he continues his success. However, here is why I would look to trade him.

The Patriots offense is a headache, and you are going to agonize over what Patriots players to start each week. I’d rather not deal with this agony, and also don’t see Cooks as the most consistent option. I’d try to pair Cooks and another player to get an elite stud like DeAndre Hopkins. In PPR leagues, Cooks most recent performance of five receptions and 85 yards is considered good. Now is the time to move him.

RB Aaron Jones, Green Bay Packers: There is a team in your league desperate to win now. Jones is coming off 125 yards and a touchdown. The downside is he likely only has a week or two more of this kind of production. Ty Montgomery is eventually going to return.

If you are a team in prime position to make the playoffs, try to move Jones for a player that will help you for the entirety of the season, not just the next few weeks.

RB Frank Gore, Indianapolis Colts: I am not clear what the trade market for Gore could be. He traditionally is one of the more undervalued fantasy running backs. That said, the Colts season is a bit of a dumpster fire.

While they were able to get an overtime win over the 49ers, it seems only a matter of time before the Colts turn to their young guys with the playoffs looking like a long shot. Marlon Mack continues to impress, and there is a good chance he could end up being the lead back by the end of the season. Test the waters to see what you could get back for Gore.

WR Will Fuller V, Houston Texans: Even if you are the biggest believer in Fuller’s ability, you have to admit it is difficult to keep a two touchdown per game pace going. Fuller is a great deep threat going back to his days at Notre Dame. What that also means is there are going to be games where the Texans offense is not able to break one open, and he will have close to zero fantasy points.

I like Fuller, and he is a solid player to have on your roster. He’s averaging about 20 fantasy points per game in PPR leagues. Now is the time to sell for a player whose value is more sustainable.

Of no fault of his own, Ellington has been riddled with injuries. His risk for injury goes up every time he touches the football. Secondly, I don’t trust the Cardinals offense this season. The once explosive offense has looked like a shell of itself for the better part of two seasons. If you can get something solid in return, I would move Ellington. 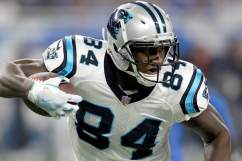