Getty Jason Heyward of the Chicago Cubs dives into second base with a double in the 6th inning as Wilmer Difo of the Washington Nationals tries to catch the relay throw at Wrigley Field on August 6 in Chicago, Illinois.

After winning the World Series last year in improbable fashion, the Chicago Cubs are back in the postseason looking to defend their title.

It was a slow start to the season for the Cubs, but they turned it on after the All-Star break to win the National League Central for the second-straight season. Chicago will take on the surging Washington Nationals, who finished the regular season with the second-best record in the NL at 97-64. The Cubs closed the season with a 92-69 record.

The first game of the best-of-five series is slated for Friday, October 6, and it will be televised on TBS. A start time for the series opener hasn’t yet been announced. The winner of the NLDS series advances to play the victor of the Los Angeles Dodgers and NL wild card winner in the National League Championship series.

Last year, the Cubs defeated the San Francisco Giants in the NLDS, 3-1. The Nationals, on the other hand, lost to the Dodgers in an NLDS series, 3-2.

In order to repeat as champions, the Cubs undoubtedly need consistent pitching on the mound, as the Nationals will have a healthy Bryce Harper and Daniel Murphy.

The Nationals rank second in the NL with a .273 batting average as a team against left handers and a .263 average against right handers. That begs the question as to who Chicago manager Joe Maddon will send out on the mound. Will it be Jake Arrieta or Jon Lester? The starting pitchers for both teams haven’t yet been announced.

Of course, the Cubs have offensive firepower themselves. Willson Contreras has been the bright spot offensively for the Cubs against the Nationals this season, batting .375 with five homers and nine RBIs in their seven meetings.

The two teams played a competitive season series, with the Nationals going 4-3 against the Cubs. Washington has a No. 2 seed in the playoffs while the Cubs have a No. 3 seed.

Here’s the full schedule for the NLDS featuring the Cubs and the Nationals:

NOTE: Some time are still to be determined. 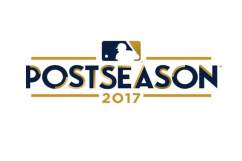