Getty Eli Manning is looking to lead the Giants to their first win.

The New York Giants travel to Denver to take on the Broncos. According to OddsShark, the Broncos are favored by 13 points, and the over-under is set at 38 points.

The Giants are looking to get their first win of the season, but will have to do so without their two best wide receivers. Both Odell Beckham Jr. and Brandon Marshall sustained season-ending injuries last week.

The Giants are coming off a narrow loss to the Chargers. New York may be winless, but their last three losses have been by five points or less. Denver had a bye last week, and defeated the Raiders in Week 4.

How have the Broncos been so successful? Denver’s defense continues to be the anchor of the team, but the offense has looked a bit more effective this season. Trevor Siemian has thrown for 888 yards, seven touchdowns and four interceptions. Siemian is also completing 66.2 percent of his throws.

Statistically, Eli Manning has not had a bad start to the season. Manning has thrown for 1,338 yards, eight touchdowns and five interceptions. While Giants fans would like to see less turnovers, Manning is completing 67.8 percent of his passes.

While we do not expect the Giants to get their first win tonight, the Broncos being favored by nearly two touchdowns is high. The Giants have a good track record of keeping games close this season. The Broncos will never be in real danger, but look for the Giants to stay in striking distance. 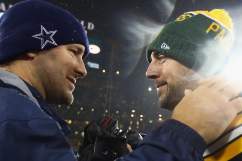