LaVar Ball, the outlandish founder of The Big Baller Brand and father of basketball players Lonzo and LiAngelo Ball, has a net worth in the millions of dollars.

LaVar Ball became a Twitter trend (again) and made big news on November 19, 2017, when President Donald Trump called him out for seeming ungrateful toward Trump’s efforts to get his son, LiAngelo, released from a Chinese jail, where he had ended up for alleged shoplifting with two teammates. “Now that the three basketball players are out of China and saved from years in jail, LaVar Ball, the father of LiAngelo, is unaccepting of what I did for his son and that shoplifting is no big deal. I should have left them in jail!” Trump wrote on Twitter.

Lonzo Ball gifted his parents with a Rolls Royce for Christmas 2017:

Hope everyone had a very Merry Christmas especially my parents #ItsTheLeastICouldDo ?? pic.twitter.com/UJCMPXbagD

The Trump feud aside, LaVar Ball has long been known for his larger-than-life and typically boastful comments, once saying that he could beat Michael Jordan in a one-on-one game and claiming his son would be better than Steph Curry. All of that has a lot of people wondering about LaVar Ball’s net worth (and the value of the Big Baller Brand he hypes).

1. LaVar Ball Is Worth Millions of Dollars

TLavar Ball is seen at the game between Chino Hills High School and Bishop Montgomery High School at El Camino College on March 14, 2017 in Torrance, California.

Most sites that estimate people’s net worth place LaVar Ball’s 2017 net worth at about $4 million. Some of Ball’s net worth dates back to his own time in professional sports. His wife, Tina, brings in some of it, as she works as an athletic director at a California school.

According to Sports Illustrated, “LaVar is a native of South Los Angeles and played college basketball at West Los Angeles College before transferring to Washington State for the 1987-88 season. As a strong 6’6″ forward…he averaged 2.2 points, 2.3 rebounds, and 1.0 assists per game, in 36 games. As a starter.”

However, LaVar Ball has staked a lot on his family’s own apparel and shoe brand, The Big Baller Brand, which has thumbed its nose at endorsement deals with various top shoe companies in favor of going on its own with what many feel is an overpriced shoe. LaVar Ball has been open about it: He’s trying to build a “family dynasty.” 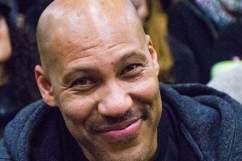 LaVar Ball and his wife, Tina, who played college basketball, are building a brand around their three sons. It’s called The Big Baller brand and is an apparel brand. All three were raised to play basketball: “Lonzo currently plays for the LA Lakers, LiAngelo plays for the University of California Los Angeles (UCLA), and LaMelo plays point guard at Chino Hills High School.”

LaVar Ball met his wife Tina in college and immediately decided they could create top athletes together. “And I knew they were going to hoop like this from Day 1,” LaVar said to CBS News. “That’s why I married my wife. Before they even came out the womb, I said, ‘I’m having three.’ And with the way I’m built, and the way she’s built, I knew I was going to have three killers. So this thing was planned long ago. Because I knew if you put two basketball players together, this is what you’re going to get. I knew this is what we were going to get.”

As his sons come of age and, indeed, demonstrate basketball prowess, LaVar Ball has upped the ante. According to SI, “Ball said he wanted $1 billion for a Big Baller Brand co-branding shoe deal for his three sons.” After that didn’t materialize, he upped the ante. “LaVar told Colin Cowherd on Wednesday that companies like Nike, Adidas and Under Armour will regret not forking over $1 billion—and that he’s decided to raise the price for a deal,” SI reported, saying that LaVar Ball now wanted $3 billion. The brand caused controversy for only marketing to men, according to SI. 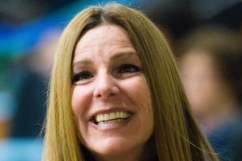 3. Some People Think LaVar’s Feud With Trump Was a Genius Marketing Ploy but Others Think the Shoplifting Arrest Hurt the Brand

LaVar Ball took the first swipe at Trump. Asked about Trump’s role in gaining his son’s release, LaVar Ball told ESPN, “Who? What was he over there for? Don’t tell me nothing. Everybody wants to make it seem like he helped me out.” According to ESPN, UCLA freshmen LiAngelo Ball, Cody Riley and Jalen Hill, were detained in China “on suspicion of shoplifting.” LaVar Ball also seemed to downplay the shoplifting accusation, telling ESPN, “As long as my boy’s back here, I’m fine. I’m happy with how things were handled. A lot of people like to say a lot of things that they thought happened over there. Like I told him, ‘They try to make a big deal out of nothing sometimes.’ I’m from L.A. I’ve seen a lot worse things happen than a guy taking some glasses.”

According to ESPN, Trump “raised the players’ case with President Xi Jinping of China during a visit to Beijing last week. All three players offered thanks to Trump during Wednesday’s news conference. The players were arrested and questioned on Nov. 7 about stealing from high-end stores, including sunglasses from a Louis Vuitton store next to the team’s hotel in Hangzhou, where the Bruins had been staying before leaving for Shanghai to face Georgia Tech.”

Originally being in sports journalism, I've covered plenty of LaVar Ball. And I have to say: Trump is my man, but he got trolled by LaVar and fell right into his marketing scheme. All this did was add more exposure to the BBB brand. Trump probably should have left this one alone.

This all sparked Trump to fire back; however, some on social media think the feud is a marketing ploy by LaVar Ball or that, minimally it won’t hurt the Big Baller Brand. Wrote one man on Twitter in a typical sentiment, “The president responds to Lavar Ball. Lavar is next level winning at getting pub. Should be marketing classes taught about it.” Said another: “Lavar Ball is seriously a marketing genius. Twitter beef with Trump is best way to give your brand exposure.” However, not everyone agree. “Oh yeah? Please explain to me how having a thieving son and being ungrateful to the man who got him out of jail is an effective marketing ploy. This should be good!” wrote one Trump supporter.

Some were already arguing before the Trump dust up that the Ball brand was at a critical juncture point, and that LiAngelo’s shoplifting arrest was not good for it. In November 2017, Fox News reported, “Lonzo, 20, was selected in the first round of the 2017 NBA Draft, but has struggled to find his shooting form in the early days of the 2017-18 season. Through 15 games, Lonzo is shooting just 30.3% from the field and averaging just 9.0 points per game.”

“Generally speaking, I think even before the China situation that consumer fatigue was setting in with the Ball family brand,” said Shawn McBride, an executive vice president at Ketchum Sports and Entertainment, to Fox News. “While LaVar has smartly leveraged the spotlight to launch Big Baller Brand, his showmanship style and brash approach will wear thin very quickly in the face of adversity, such as subpar performance, as Lonzo is facing, or controversy, such as this current situation with LiAngelo.”

How the Trump feud will change that is not yet clear.

According to Celebrity Net Worth, “On May 4, 2017 LaVar revealed that he had gone ahead and designed his own signature shoe for his son Lonzo, the ZO2. The shoe retailed at $495.” In contrast, the site notes, “when Michael Jordan’s Jordan I debuted in 1985, the retail price was $64 which is around $150 today after adjusting for inflation. Shoe fans can buy an autographed pair for $995. The Big Baller Brand also offered a $220 sandal.”

According to Forbes, the shoe’s high price tag generated publicity for it. “The price has amounted to a windfall in publicity for the budding brand as well as its endorsing athletes,” the site noted. LaVar Ball explained, “If you’re not dedicated and disciplined enough to go do whatever to go get the shoes, you’re not a big baller. It’s not about you having enough money to be a big baller.”

Nobody knows for certain how much the Big Baller brand is worth. However, HoopsHype said that Lonzo Ball, now playing for the LosAngeles Lakers, might have stood to rake in $15 million with another shoe endorsement deal. The site estimated that he might make close to $500,000 through his family’s line.

According to GQ, not all of the publicity on the shoes has been good; during an NBA summer league, “In the two games Ball wore his own signature sneaker, the $495 Big Baller Brand ZO2 ($995 if you want his signature), he averaged just eight points. But when he laced up in anything else—like James Harden’s signature Adidas kicks and the Jordan 31—Ball dropped MVP-grade numbers.”

The first Ball son to go pro is Lonzo Ball, now a LosAngeles Laker. “Ball, 19, was the No. 2 overall selection in the June draft. The four-year contract will pay him $33.4 million, assuming the Lakers offer him the full 120 percent of the league’s slot value for the No. 2 pick—the maximum allowable and standard operating procedure for most franchises,” according to The Bleacher Report.

Some sites estimate that Lonzo Ball is already worth $14 million. However, LaVar Ball has already started to complain about his son’s playing time with the Lakers.