Getty The Zurich Classic has a diverse field that includes both Jordan Spieth and John Daly.

The Zurich Classic 2018 won’t get the fanfare of the upcoming Players Championship or US Open. But the tournament, which starts Thursday, April 26, at the TPC New Orleans, has plenty of ingredients to make for an enticing weekend.

The Zurich Classic field features 10 of the 15 top-ranked players in the world, including the most recent winner of all four major tournaments: Brooks Koepka (2017 US Open), Jordan Spieth (2017 British Open), Justin Thomas (2017 PGA Championship) and Patrick Reed (2018 Masters). Reed will be making his first appearance since his Green-jacket winning showing at Augusta earlier this month. It’s the first tournament since the 2017 Tour Championship featuring the winners of the last four majors.

It’s also the PGA’s only event featuring two-player teams, providing an intriguing formatting twist. This year, it’s even adding an additional wrinkle with the addition of walk-up music for each pair in the third and fourth rounds.

Here’s a look at some key information about the tournament, in a question-and-answer format:

The Zurich Classic field is loaded with stars past and present. It contains 22 players who have won at least one major championship and six players who have won at least two. In addition to dominant players like Thomas and Spieth — ranked second and third in the world, respectively — the field includes a handful of older players who were dominant in decades past. Two-time major champion John Daly is in the field, as are former world No. 1 David Duval and former world No. 2 Jim Furyk, who are paired together.

The field has more star power than it did a year ago, and that’s probably a prerequisite for this year’s tournament to have any chance to equal the drama of last year’s rendition. In the 2017 tournament, Kevin Kisner drained a 95-foot chip for eagle on the 18th hole, forcing a playoff that pitted Kisner and partner Scott Brown against the team of Jonas Blixt and Cameron Smith. The Zurich Classic playoff format is sudden-death, but Blixt and Smith needed four holes to put away Kisner and Brown — something they were able to do when they birdied the fourth playoff hole.

You can watch the video of Kisner’s hole-out on 18 below:

Here are some highlights on the tournament’s 2018 pairings, courtesy of the PGA:

— Three teams feature pairs of players who have both won majors, though there’s wide variance in when those major championships took place. Justin Rose and Henrik Stenson both won their majors fairly recently. That’s not so for the teams of Jim Furyk and David Duval or Louis Oosthuizen and Charl Schwartzel.

— The team of Steve Stricker (No. 1) and Jerry Kelly (No. 2) features the top two players in the PGA Champions Tour rankings.

Cameron Smith (left) and Jonas Blixt celebrate after winning the 2017 Zurich Classic in a sudden-death playoff.

The field will consist of 80 two-player teams, with a total of 160 players. If there’s a tie after 72 holes, the tournament will once again feature a sudden-death playoff format. The first playoff hole will be played with the best ball format. The second hole, if necessary, will switch to alternate shot. Any subsequent holes will alternate between the two formats, with the odd-numbered holes featuring best ball and even-numbered holes featuring alternate shot.

Teams placed in the top 35, including ties, after the second round, will make the cut and advance to play over the weekend.

3. Who Are the Favorites to Win the Zurich Classic?

GettyJustin Rose (left) and Henrik Stenson, pictured at the Abu Dhabi HSBC championship in January, are favored to win the Zurich Classic.

The team favored to win the tournament is one that missed the cut last year: Justin Rose and Henrik Stenson.

The Westgate Las Vegas Superbook’s Jeff Sherman, who posts Vegas odds on his website, GolfOdds.com, has Rose and Stenson listed as 7/1 favorites to win. Cantlay and Reed are next at 10/1, followed by a trio of teams at 12/1: Ryan Palmer and Jordan Spieth; Bud Cauley and Justin Thomas; and Matt Kuchar and Bubba Watson.

The two teams that battled in last year’s playoff are relative longshots. Golfodds.com lists defending champions Blixt and Smith at 30/1 and defending runners up Brown and Kisner at 40/1.

Among the intriguing longshots: The team featuring Brooks Koepka, who will be making his first start in more than three months after being sidelined with a wrist injury. Koepka and partner Marc Turnesa are listed as 80/1 longshots, despite Koepka having finished tied for fifth in the tournament last year, when he played with his younger brother, Chase.

Golfodds.com has a full list of odds, including a handful of head-to-head matchups. DraftKings, which typically offers weekly PGA contests, is not offering contests tied to the Zurich Classic.

4. Where Is the Zurich Classic Taking Place?

GettyAVONDALE, LA – APRIL 24: An alligator is seen on the 18th hole of the TPC Louisiana golf course prior to the Zuric Classic of New Orleans on April 24, 2018 in Avondale, Louisiana. (Photo by Chris Graythen/Getty Images)

The Zurich Classic will take place at the TPC Louisiana in Avondale. The course, which opened in 2004, is one of 32 TPC courses across the country. TPC Louisiana, a 7,400-yard par 72, was designed by legendary architect Pete Dye, with consultation from PGA players Steve Elkington and Kelly Gibson. It has more than 100 bunkers and five ponds. The shortest hole, No. 9, is a 207-yard par 3, while the longest, No. 18, is a 585-yard par 5.

The course is open to the public when there isn’t a PGA event going on. You can book a tee time on the course’s website, with fees starting at $47.20 for a twosome for Louisiana residents and $116 for a twosome for out-of-staters. The course also offers vacation packages and hosts weddings and other events.

TPC Louisiana first hosted the Zurich Classic in 2005. It has hosted it every year consecutively since 2007. (The English Turn Golf and Country Club in New Orleans hosted the tournament in 2006.)

The TPC Louisiana course record in a solo round is a 62 shot by Ben Martin in the opening round of the 2014 Zurich Classic. Martin followed the 10-under 62 with a 5-under 67 on Day 2 of that year’s tournament, giving him the best two-day score in the tournament’s history and putting him three strokes in front of Andrew Svoboda for the 36-hole lead. He shot 4-over the rest of the way, however, and finished tied for 15th. Seung-Yul Noh shot a 19-under 269 to win the tournament.

Avondale, home to the TPC Louisiana, is part of Jefferson Parish, just south of New Orleans.

5. How Much Money Will the Zurich Classic Winners Make?

The full list of payouts is in the table below, provided by the PGA:

Graphic courtesy of the PGAPayouts per player at the Zurich Classic.

Players who finish in the top 35 will also earn FedEx Cup points, with the top pair splitting 800 points and the runners up splitting 325.

The full FedEx cup distribution is included below:

The FedEx Cup points allocation at the Zurich Classic. 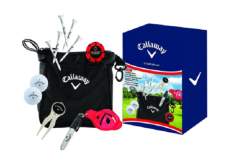