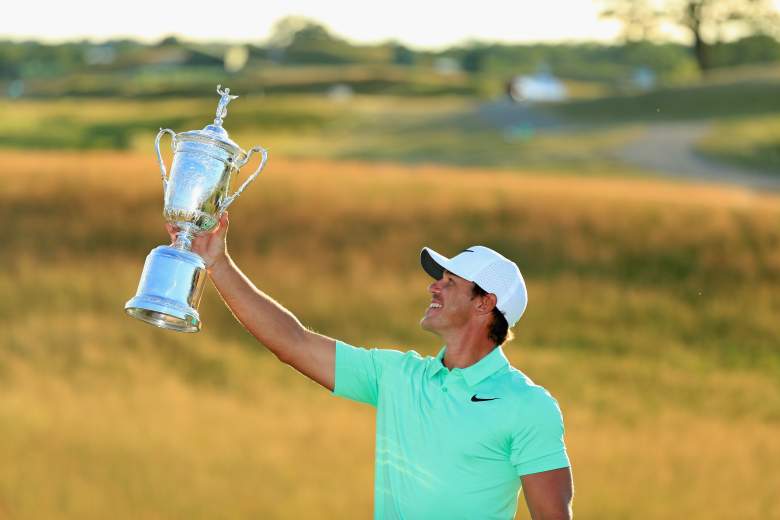 Brooks Koepka poses with the championship trophy after winning the U.S. Open at Erin Hills. (Getty)

Brooks Koepka has had quite the road to his first major championship on the PGA Tour, which finally came at the 2017 U.S. Open. Through the 27-year-old’s professional career, which began in 2012, he’s managed seven total career wins, but only one victory on the PGA Tour. That victory came in February of 2015 when he won the Waste Management Phoenix Open with a score of 15-under.

His other professional victories featured four on the Challenge Tour, one on the European Tour and one on the Japan Golf Tour. But, for Koepka, the road to his first career major championship seemed to be one that was set to be complete in the near future.

Dating back to 2015, Koepka had put together impressive finishes at majors, with his most recent being a T11 at The Masters in 2017. Before that, he had a T4 at the PGA Championship in 2016 and a T10 at The Open Championship in 2015. Finally, came the 2017 U.S. Open, which was a breakthrough event for the American golfer.

The 2017 season was a mixed bag of results for Koepka, as he began the season with a second-place finish at the Shriners Hospitals for Children Open. Then, came a rough stretch of six-straight tournaments in which he struggled. Over that span, Koepka missed four cuts and finished T42 and T48 at the other events.

From there, Koepka reeled off a T9 at the World Golf Championships-Dell Technologies Match Play, T11 at The Masters as previously mentioned, a second-place finish at the Valero Texas Open and a T5 at the Zurich Classic of New Orleans. Koepka then leveled out a bit, finishing between T16 and T50 in his next four events leading up to the U.S. Open.

But, Koepka pieced together a thing of beauty at the U.S. Open.

Not only did Koepka win the 2017 U.S. Open at one of the toughest courses at Erin Hills, but he did it by tying the best score in Open history. The only other player to shoot 16-under was Rory McIlory who did so at the Congressional Country Club in his 2011 victory. To show how tough the U.S. Open can be, look no further than the results of the past winners.