WWE Superstars Braun Strowman and Alexa Bliss are both Money in the Bank champions. They won  the men’s and women’s ladder matches, respectively, and Bliss even managed to cash in her contract and become the new women’s champion.

Both are among the most respected wrestlers on the current WWE roster. Outside of the ring, however, there have rumors about Strowman and Bliss’ relationship. Have they ever been romantically involved?

There have been several instances of the pair being flirtatious with one another in front of the camera. During a January episode of Mixed Match Challenge, Bliss was knocked into Strowman’s arms, and they gazed into each other’s eyes and smiled before resuming the fight.

Fans quickly took notice of their chemistry, and during the post-victory interview, the pair both said that they thought the other was cute. Strowman, known for having permanent scowl on his face, was visibly pleased, and fans took notice.

In another Mixed Match Challenge interview, Strowman hinted at the fact that he and Bliss have a special connection, both inside the ring and outside. “Yeah there’s something going on between us”, he said, though he refrained from elaborating on what exactly that “something” is. Bliss is one of only three people that Strowman follows on Twitter.

Strowman and Bliss continued to play up their chemistry after losing an MMC fight. The interview references a moment in the match where it looked as though they were going to kiss, and Strowman says “Yeah I’m hopin’ that maybe, at the moment, it actually happens.” The two then smile and lean in to kiss each other before an excited fan runs up and asks Bliss for an autograph. Strowman gets visibly upset by the interruption and storms away. Check it out below.

The pair rekindled the interest of fans on the latest episode of Monday Night RAW, where they were seen smiling and talking with each other to open the show. The brief clip even sparked a trending hashtag, #TeamLittleBig, on Twitter. Cage Side Seats jokingly commented that “someone [should] check on Buddy Murphy”, in reference to Bliss’ fiancé.

Bliss has been engaged to Murphy since December 2015, but SportSkeeda reports that their relationship may be wearing thin as of late. Beyond the unusual length of their engagement, Bliss’ close friend Nia Jax alluded to the fact that Bliss may be looking for a way out of the engagement.

“Since I’ve moved to the main roster, he hasn’t been working on NXT and he’s worried about getting cut”, Bliss reasoned, “If that happens, he’d have to go back to Australia.” Jax, appearing on an episode of Total Divas, did not buy the excuse. “Maybe you need to rethink things”, she told the couple, “because you have an excuse for everything… maybe you need to ask yourself the bigger question.”

“I know ‘Lexie has a hard time standing up for herself”, Jax said during an episode of Total Bellas, “I feel though, if [Buddy] were to get cut, than ‘Lexie would have more of an out in the relationship.” Watch the full clip below.

Strowman is coming off a relationship with amateur wrestler Kamilla Kaine. According to The Sportster, the couple dated for a few months, but ended things shortly after, and unfollowed each other on social media. In February, Square Circle Sirens reported that Kaine auditioned to become part of the WWE.

All things considered, it looks like Strowman and Bliss are not dating. They’re just good friends who enjoy each other’s company, but its clear that fans are pulling for them to be more. Many of them even took to Twitter to praise them as one of the most likable pairings in the WWE. “When are they going to make this a real thing?” wrote one user. “Foreplay’s great and all, but let’s just get to it already.” Another wrote “THE ROMANCE LIVES!” with a screenshot of the Strowman and Bliss from Monday Night RAW.

Check out some additional reactions below:

I think we need to see as much of #TeamLittleBig @AlexaBliss_WWE & @BraunStrowman together as possible pic.twitter.com/nCxcRbMSN0

When are they going to make this a real thing? Foreplay’s great and all, but let’s just get to it already! #Raw #TeamLittleBig pic.twitter.com/h4rWg8ohqY

I still would love to see a @BraunStrowman @AlexaBliss_WWE storyline. You two are friggin adorable on screen. #WWERaw #TeamLittleBig 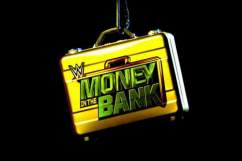 Money in the Bank 2018: Matches & Predictions

Read More
Monday Night RAW, Money in the Bank 2018, Smackdown, WWE
There have been rumors that WWE Superstars Braun Strowman and Alexa Bliss are romantically involved.