Seth Rollins has been one of the most consistently exciting and beloved wrestlers of the past decade. At the upcoming Money in the Bank, he will square off against Elias for the WWE Intercontinental Championship. With all the notoriety he’s gained in the public eye, however, it should come as no surprise that Rollins’ personal life has often been at the center of intense media coverage as well.

Rollins, born Colby Lopez, has dated a number of famous women during his career, including women who also were involved with the WWE. Rollins was even engaged at one point, to a woman named Leighla Schultz, but a controversy involving leaked photos of him with another woman led to the engagement being called off. He is currently in a relationship with Sarah Alesandrelli.

Here’s what you need to know about Seth Rollins’ girlfriends and his dating history.

1. He Was Engaged to Stylist Leighla Schultz in 2014

Seth Rollins and Leighla Schultz enjoying a nice round of ice skating.

FabWags.com reports that Rollins and Leighla Schultz were together for six years, and that the wrestler proposed in May 2014. The couple were very photogenic during their relationship, and Schultz once described Rollins as “My best friend, my rock, and my soulmate!” Her Instagram page is littered with pics of her and Rollins traveling, and napping with their dog and celebrating each New Year’s Eve that they were together.

According to her Facebook page, Schultz hails from Houston, Texas. She graduated from Capri College in 2009 with a degree in Cosmetology, and she worked as a hair stylist at Sephora and Tribeca Colorsalons during her engagement to Rollins.

After the couple split in 2016, Schultz put the engagement ring that Rollins bought for her up for sale on EBay. According to Uproxx, the white gold and diamond ring was listed at $14K. Schultz caught heat for her original offer, as it listed Rollins’ home address, and it had to be taken down and edited before being reposted. 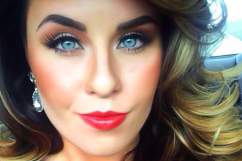 2. His Engagement Was Broken After Nude Photos Were Leaked Online

Leighla Schultz looks wonderful here, but she showed her uglier side when she posted up nude shots of Seth Rollins.

The relationship between Rollins and Schultz splintered after it was revealed that Rollins was having an affair with NXT wrestler Zahra Schreiber. After Schultz learned of the affair, she leaked nude photos of both Rollins and Schreiber to Rollins’ Twitter, Facebook, and Instagram accounts. Due to the fact that Rollin’s Twitter feed is synced up with WWE, the photos also briefly appeared the company’s official website before being taken down.

Initial reports believed that Rollins had been hacked, but as more information about the leak came to light, it appeared that Schultz was the culprit. She all but confirmed it when someone on Twitter asked if she had leaked the photos, and she responded by saying “I definitely did hahahaha.”

There is also a series of Facebook comments that Schultz left that seem to be directly quoting messages between Rollins and Schreiber. The comments have since been deleted, but they ranged from “I can’t stop thinking about you and your sleepy voice” and “you’re the best thing that ever happened to me”, to most notably, “I love you so much baby, I hate my life and fiancé and I just want to run away with you.”

Rollins tweeted out an apology after the leak, writing: “I would like to apologize to all the WWE fans and my family and friends for private photographs that were distributed without my consent.” Rollins and Schultz quickly broke off their engagement, with the latter changing her relationship status to “single” on Facebook within hours of the photo leak.

Rollins and Schreiber continued to date after the photo leak, but they ran into yet another controversy online. In 2012, Schreiber posted photos of swastikas and a “My Little Pony” character dressed as Hitler. She removed the photos but they were eventually dug up, and the NXT wrestler found herself in hot water. The WWE uncovered additional social media posts related to Nazism upon closer investigation, and decided to fire her in September 2015.

Schreiber apologized for the posts, telling TMZ that her interest in Nazism stems from a relative that took part in the movement to end Nazi occupation in Germany, and a visit to a Dachau Concentration Camp. “Everything I’ve worked for and dreamt of is gone. In an instant, I lost it all”, she said, “I hope those I’ve offended can forgive me. All I can do now is learn and move forward trying to be better every day.”

Rollins stuck by her side during the controversy, but the couple eventually went their separate ways. Pro Wrestling Sheet reports that they quietly split in February 2016, and that Schreiber posted photos of her apartment on Instagram, suggesting that she had moved out of Rollins’ place.

2 years ago my mom and I didn’t talk for months because I told her I had a girlfriend. Recently I once again told her the same thing. She happily wanted to know abt her. Today she asked me to remind her tonight to turn the tv so she could watch her match. GROWTH. TIMING.

Schreiber made headlines again in 2018 when it was revealed that had been dating WWE Superstar Sonya Deville for close to two years. She tweeted out: “2 years ago my mom and I didn’t talk for months because I told her I had a girlfriend. Recently I once again told her the same thing. She happily wanted to know [about] her. Today she asked me to remind her tonight to turn the TV so she could watch her match. GROWTH. TIMING.” 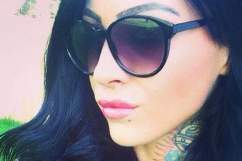 4. He Prefers Dating Women Who Can Keep Him ‘Grounded’

Decent way to spend a day in Rapid City.

Despite Rollins’ tabloid-heavy dating history, he actually said that he prefers women who can keep him grounded in his personal life. “This is a place where I can go to completely disconnect from the character I play on TV, and I need that,” Rollins told The Des Moines Register. “Mentally, that is crucial for my health. You just can’t be someone else all the time, you just have to be you sometimes.”

Rollins told The Register that he ran into an ex-girlfriend at a wrestling event, and that the experience he had was a humbling one. “It’s a girl I dated like 7 or 8 years ago,” he said. “She can’t grasp it… Like she only knows me as the dork that she played Guitar Hero with in the basement. She doesn’t understand the fascination with this guy that broke her heart, you know what I mean (laughs)? She doesn’t get that.”

Look how happy I am. @thegranitegames Week 3 Qualifier in the books. 260 reps. Thanks to @progenex & @rivernorthcrossfit for the good times. @niketraining @nike @skins @rocktape @chicagobears @prwraps

Rollins continued, saying “It’s very interesting, but I need that. I need her to see me as that person so that I can see myself that way. So it’s just nice to have relationships that existed before I was this guy, and that is what kind of what keeps you grounded or humbled.”

5. He’s Currently in a Relationship With Sarah Alesandrelli

Rollins started dating Sarah Alesandrelli in December 2016. Rollins several photos of himself vacationing in Mexico on his Instagram, and one of the photos showed the back of his new girlfriend’s head. Rollins didn’t tag her in the photo, but she was later identified as Sarah Alesandrelli.

Since then, the couple have been very open about their relationship. Alesandrelli regularly comments on WWE posts and retweets anything having to do with Rollins’ career, including one tweet where she wrote “So proud for my King” with a crown emoji. Alesandrelli has also attended several of Rollins’ WWE events in person, including Royal Rumble, WrestleMania, and the WWE’s 2018 Hall of Fame Induction Ceremony (watch above).

Alesandrelli previously lived in Texas, where she worked as a bartender according to the Houston Chronicle, but she currently resides in Davenport, Iowa with Rollins. 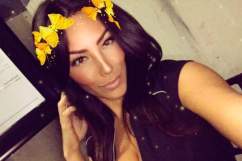