Sloane Stephens and Jozy Altidore are the new power couple in sports. Stephens and Altidore have known each other since fifth grade, but it took a few decades for them to start dating. Altidore admits that their shared status as pro athletes helps their relationship.

“She is somebody who gets everything I am going through without having to say anything,” Altidore explained to USA Today. “You look at each other and you kind of know right away if one of you is annoyed. She just kind of gets the mood I’m in, as obviously she lives a very similar kind of life. In that regard it works really well, there is no stress. She is a successful athlete and I do okay, and we just enjoy our time together when we are together.”

Altidore is known to soccer fans as one of the top players on the U.S. Men’s National Team, and a key to Toronto F.C.’s MLS success. There was a time when some fans referred to Stephens as Altidore’s girlfriend, but Stephens has become one of the top tennis players in the world. Altidore is okay being referred to as Stephens’ boyfriend.

“She deserves every amount of credit she is getting now,” Altidore told USA Today. “She put it all in when no one was watching and she reaped all the benefits by coming back and setting the world on fire.”

1. Sloane & Jozy Have Known Each Other Since 5th Grade

My first crush ♥️ happy birthday babe, I love you.

According to The New York Times, Stephens and Altidore have known each other since fifth grade. Stephens grew up in Plantation, Florida while Altidore grew up just a few minutes north in Boca Raton, Florida. According to the USA Today, the couple reconnected in 2016 and began dating.

Back in 2017, Altidore took a private plane just to attend some of Stephens matches. Altidore is used to controlling the outcome of sporting events, and admits being a spectator is nerve wracking.

“It is crazy how powerless you are,” Altidore told USA Today. “I have never had a moment like that until sitting in that players’ box. All you can do is support.”

2. Sloane Called Jozy the “Most Positive Person” When She Suffered a Stress Fracture

According to The New York Times, Stephens sustained a stress fracture three months after the 2016 Olympics, and the injury sidelined her for 11 months. Stephens’ rise as one of the faces of tennis was wearing on her, but being away from the game for nearly a year put things in a new perspective.

“Coming back, being really excited to be back on court, I have a different mind-set: Stay super positive and compete really hard,” Stephens explained to Sports Illustrated. “That was a game-changer for me. I had nothing to lose.”

Stephens got through the rehab thanks to Altidore’s encouragement. Altidore has conquered his fair share of injuries over his soccer career.

“I don’t think there’s been a more positive person [than Jozy Altidore] in my corner that I’ve had,” Stephens told The New York Times. “When I was on the peg leg, I was with him, and I would always make fun of myself and he’d make fun of me. But he kept it really light for me, so I was never too sad.”

While Stephens was in the process of winning the 2017 U.S. Open, Altidore scored two goals for Toronto FC in a 4-0 victory over San Jose. Altidore heard about his girlfriend’s victory through his mother at the game.

“I was upset because I thought he should have gotten a hat trick,” Stephens joked to ESPN. “He scored two goals, but he needed three to make the family proud, at least…Obviously, he was inspired by me. Come on, let’s be real.”

At halftime of Toronto’s match, Altidore spoke with MLSSoccer.com about his girlfriend’s big win.

“I’m thrilled for her,” Altidore said at halftime. “She’s worked really hard to get back to where she is now. I couln’t be happier. My mom told me in the stands, but it’s good for her. We’ve been friends for a long time, and to see her progress as she has is a great sight to see…It’s special. Kudos to her, her dedication, her hard work, resilience. To be out for such a long time, and have the work ethic to come back at an even higher level than she was before. So, well done to her. I’m sure everybody is pleased.”

Altidore is one of the veterans of USA soccer. According to the MLS, Altidore has scored the third most goals in the history of the national team with 41. Altidore played on both the 2010 and 2014 World Cup teams. Altidore’s time in 2014 got cut short after suffering a hamstring injury against Ghana during the first match of the tournament. You can see Altidore pull up, and immediately grab his hamstring in the video below.

It is understandable how Altidore was so encouraging for Stephens given his own injury experience. Altidore admitted it was a low point of his career.

“I was just miserable,” Altidore explained to NESN.com. “I’ve never felt so low as a player. You look forward to it for so long and I was feeling really good and confident. I was excited to give everything for the team, so for that to happen, I don’t really have the words…After a couple of days, you have to understand it’s not about you. It’s about the team. You have to try your best to be positive and be the guy who still gives something any way you can. The challenge for me was to still be upbeat and give something in other ways.”

5. Jozy Scored the Game-Winning Goal to Lead Toronto FC to an MLS Cup in 2017

Altidore was acquired by Toronto F.C. in 2015 on a transfer from Sunderland A.F.C, who was playing in the English Premier League at the time. Two years later, the move would pay off as Altidore scored the game-winning goal for Toronto as they defeated Seattle for the MLS Cup.

“These people have been through a lot,” Altidore explained to MLS Soccer. “I’ll never forget the look on their faces when [Seattle’s Roman] Torres scored that last penalty [to clinch in 2016]. They were crying. The feeling was great for all of us, but even moreso for the people who’ve been with the team since Day One. For them to stick around like they have, it says a lot about them and how much they love this team. This night is all for them.”

Altidore is back in the MLS where he started his career. He spent 2006 through 2008 playing for the New York Red Bulls. Altidore has played all over the world including stops at La Liga for Villarreal CF and Hull City A.F.C. in England. 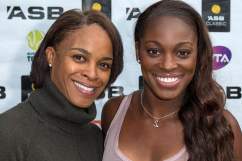