Getty Argentina is fighting to stay alive in the 2018 World Cup.

The World Cup standings are starting to take shape with a number of teams punching their ticket to the Round of 16. Each day, as many as four teams can advance to the next round through the final day of group play on June 28. Heavy takes a look at all the groups standings, and will continue to update this as games go final.

Uruguay has won Group A, and will take on the Group B runner-up, Portugal, on Saturday. Russia advanced from Group A as a runner-up, and will square off with Group B winner, Spain, on Saturday as well. Spain and Portugal tied in the Group B standings, but Spain won the group based on a series of tiebreakers.

France has already advanced to the Round of 16, but Denmark can take Group C away from the French with a victory in today’s match. Australia is also in the running to advance from Group C, but would need to defeat Peru as well as receive some help.

Croatia has already advanced out of Group D, as Nigeria, Argentina and Iceland are battling for the final spot. While Croatia has not officially won the group, they sit in prime position based on their lead in goal differential. Lionel Messi is looking for some late heroics after a disappointing start for Argentina.

Group E features one of the closest battles with Brazil, Switzerland and Serbia all with a chance to win the group. No team has officially advanced, but all three squads have a chance to win Group E.

Group F may be the deepest in all of the World Cup. Mexico has won their first two matches, but has not officially advanced thanks to a late win by Germany. Mexico is battling Sweden and Germany for the group. Only two of these three teams can advance to the Round of 16.

England and Belgium have already clinched the two spots in Group G. The result from their match will determine who wins the group, and who advances as the runner-up. Both teams have been offensive machines with 8 goals each in their first two games.

Finally, Japan, Senegal and Colombia are all battling to advance in Group H. Colombia takes on Senegal, and a victory for either squad would send them through to the next round.

Here’s a look at the current World Cup standings. Teams in bold have already advanced to the Round of 16. We will continue to update this as matches go final. “W” stands for win, “D” stands for draw, “L” stands for loss and “GD” means goal differential. 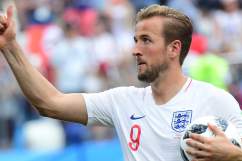