Jennifer Maria Duncan Flores, has been married to Brian Flores, the head coach of the Miami Dolphins, since 2009. They have three children together.

The family relocated to south Florida in 2019 after more than a decade in New England. Flores is a former assistant coach for the Patriots.

Here’s what you need to know about his wife, Jennifer Duncan Flores.

1. Jennifer Duncan & Brian Flores Met on Spring Break During College & Got Married in 2009

Before kickoffs today, a profile of Pats DC Brian Flores. Fun story on his rise from Pats scouting grunt to expected Miami head coach. And, of course, how he met his wife on spring break in Acapulco. https://t.co/RZP1iiVJA0

Jennifer Duncan first met Brian Flores during college. They didn’t attend the same school, but both chose to vacation in Acapulco for spring break one year.

Flores explained in an interview with Yahoo Sports that he spotted Duncan standing on a balcony. He pointed her out to a friend, and declared, “That’s the girl I’m going to marry.”

He turned out to be right. Flores and Duncan got married in the summer of 2009.

2. Jennifer Duncan Went Into Labor With The Couple’s Third Child at Gillette Stadium

Jennifer Duncan Flores knows how to tough it out when necessary. She went into labor with their third child in January of 2017 during the Patriots playoff game against the Houston Texans. Her water broke and she left the stadium around halftime.

Her husband explained to ESPN that head coach Bill Belichick had encouraged him to go be with his wife. But Duncan called Flores from the ambulance. She reassured him that she was not having contractions yet, and told him to finish the game.

It all worked out for the best. The Patriots won the game, and Flores and Duncan welcomed their daughter Liliana the next morning. 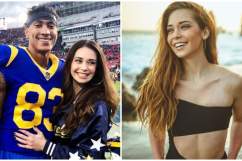 3. The Couple Has Two Sons & One Daughter

If the family moved to Miami for Flores’ next coaching gig, the kids should have no problem adjusting to a warmer climate. The family went on a vacation to Cancun in June of 2018, and based on Duncan’s photo below, they seem to have had a good time!

The children posed next to a sign that reads “Goal” with two soccer balls. Flores’ father would appreciate exposing the children to the sport. Raul Flores was a soccer player. 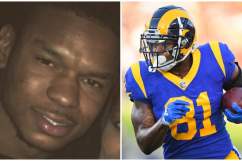 Does Gerald Everett Have a Girlfriend or Wife?

4. Jennifer Duncan Was a Spanish Teacher

Jennifer Duncan works as a teacher. She previously worked as a Spanish teacher at Foxborough Regional Charter School, which is located about 10 miles north of Attleboro, Massachusetts.

Duncan was listed in a course catalog for the 2009-2010 school year at Foxborough. Her name appears on page six in the middle and high school Spanish Department.

First day at the new job tomorrow! Can't wait to meet all of my students!

Duncan appears to have left Foxborough after the 2010-2011 school year. She tweeted in September of 2011, “First day at the new job tomorrow! Can’t wait to meet all of my students!” But she didn’t share where her new job was located.

She is reportedly still teaching, according to her Facebook page. Duncan posted a photo with one of her sons in late August of 2018. One of her friends jokingly commented, “Hey you…get back to work summer is over!!!!?” Duncan responded, “Nooooooo! I don’t want summer to end!!! Hope you guys had a great one, too?.”

5. Jennifer Duncan Appears to Be a Big Supporter of Her Husband’s Career

We come together tonight to celebrate @Patriots Coach Brian Flores for supporting a powerful YMCA program that advocates & promotes inclusion for all. Brian is escorted into Legends Ball by his brother Chris. #BeCauseY pic.twitter.com/mXUtCbuxT2

Jennifer Duncan appears to be very supportive of Brian Flores’ coaching career and his role in their community. In November of 2018, Flores received an award from the Hockomock YMCA. His younger brother Chris, who has autism, escorted him into the Legends Ball. Duncan shared video from that event on her Twitter account.

Duncan has also been a regular presence at Patriots games. She shared a photo from NRG Stadium in February of 2017, as the confetti rained down after the Patriots defeated the Atlanta Falcons in the Super Bowl.