President Trump loves to watch football and has previously said that the NFL has “gone soft,” but he cringes at the idea of his young son stepping out onto a football field.

In a wide-ranging interview with Face the Nation moderator Margaret Brennan before the Super Bowl, he discussed the inherent risks associated with football, describing the game as “dangerous.”

President Trump Says He’d Allow Barron to Play Football if He Asked, But Would Not Steer His Son in That Direction

On whether he would let his son Barron play football, @realDonaldTrump says, “If he wanted to? Yes. Would I steer him that way? No, I wouldn't.” He adds, “I just don't like the reports that I see coming out having to do with football.” pic.twitter.com/erMjmKxBlc

Portions of the interview were set to air on CBS at 10:30 a.m. ET and during the pregame show at 3:30 p.m. CBS News released the transcript hours before the broadcast. Brennan asked President Trump whether he would let Barron, 12, play football. He responded:

“It’s a very good question. If he wanted to? Yes. Would I steer him that way? No, I wouldn’t… He actually plays a lot of soccer. He’s liking soccer. And a lot of people, including me, thought soccer would probably never make it in this country, but it really is moving forward rapidly. I- I just don’t like the reports that I see coming out having to do with football—I mean, it’s a dangerous sport and I think it’s- I- it’s- really tough, I thought the equipment would get better, and it has. The helmets have gotten far better but it hasn’t solved the problem.

So, you know I- I hate to say it because I love to watch football. I think the NFL is a great product, but I really think that as far as my son- well I’ve heard NFL players saying they wouldn’t let their sons play football. So. It’s not totally unique, but I- I would have a hard time with it.” 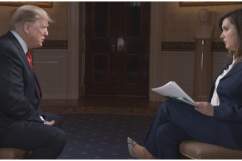 Trump: ‘You Can’t Be Kneeling for the National Anthem’

Barron Trump, who will turn 13 on March 20, is nearly as tall as his father. He is a student at St. Andrew’s Episcopal School in Potomac, Maryland. First Lady Melania Trump told Town & Country magazine in December 2018 that Barron is “all into sports” and does not spend time on social media.

Barron plays with the Arlington Soccer Association, according to the U.S. Soccer Development Academy website. He previously played on the D.C. United U-12 team during the 2017-2018 season as a midfielder.

In 2017, Barron Trump got the chance to show his soccer skills at the White House Easter Egg Roll. He kicked a ball around with members of the D.C. United soccer tea,, including forward Patrick Mullins and midfielders Julian Buescher and Marcelo Sarvas. Mullins told the Washington Post, “He was very knowledgeable about soccer, knew about D.C. United and was interested to know more. Little kid to have a passion for the game and to be knowledgeable and have a conversation with us, it makes me feel good about kids growing up playing the game.”

In December 2018, Barron spent time with another D.C. United player, Wayne Rooney. Rooney and his family received an invitation from President Trump to the White House Christmas party, reportedly because of Barron’s love for the team. 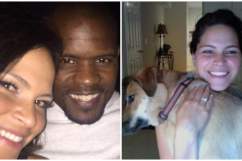