For the sixth time under Bill Belichick’s tenure as head coach, the New England Patriots go into a new NFL season as reigning Super Bowl champions. One reason the Pats have managed to stay successful for so long is that Belichick hasn’t been afraid to turn over his roster, letting players go before they become too expensive and developing talent that can step into contributing roles.

The 2019 season won’t be an exception. New England will be rebounding from some significant losses, including one of the team’s all-time best players and a major presence on defense. But just as free agency and trades result in NFL teams losing key players, those same avenues and the draft provide potential replacements to replenish depleted rosters.

As the Patriots begin their offseason workouts and look ahead toward training camp, these are the questions that will hang over the defending champs until the regular season provides some solid answers. 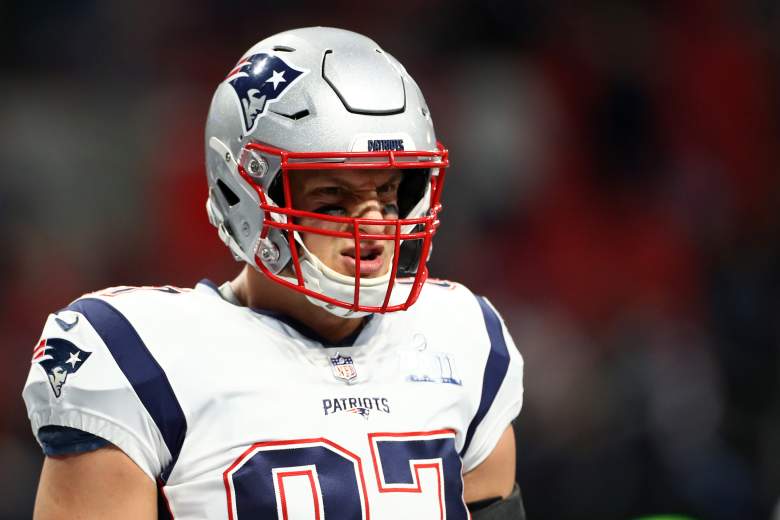 Rob Gronkowski was an all-world tight end and a sure Hall of Famer. No other NFL team had a weapon like him, and we may never see a player like Gronk at that position ever again. His retirement creates a significant loss for the Patriots’ offense.

The first man up is Ben Watson, who returns to New England after playing last season with the New Orleans Saints. Watson is 38, but coming off a productive 2018 with 35 receptions for 400 yards and two touchdowns. Signing him to a one-year, $3 million deal indicates the Patriots expect him to be their starter. However, those plans suffered a setback when Watson announced that he tested positive for PED use and must serve a four-game suspension to begin the 2019 season.

Also in the mix is Austin Seferian-Jenkins, who probably isn’t durable enough to last as a starter. But he’s still only 26 years old and could be a frequent red zone target for Brady.

The Patriots could be targeting a flashy replacement, with Sports Illustrated’s Albert Breer reporting that the team has talked with the Minnesota Vikings about a trade for Kyle Rudolph. Rudolph compiled 64 catches for 634 yards and four touchdowns last season. What could his numbers be in the Patriots’ system with Tom Brady throwing to him? 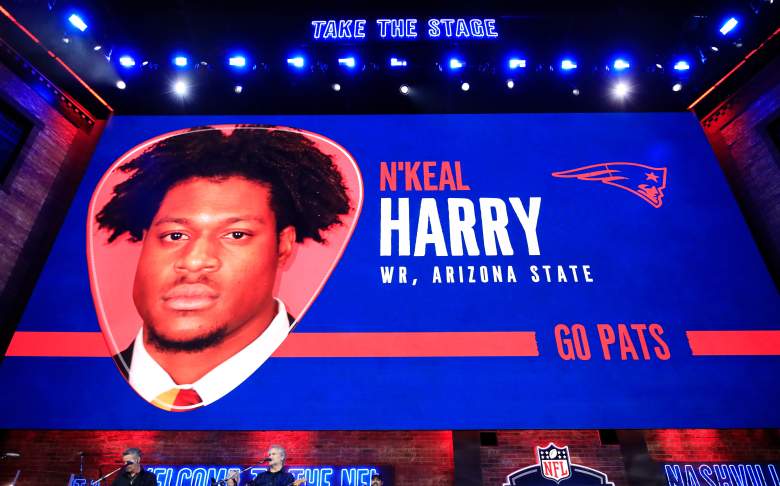 With Gronkowski’s retirement, Chris Hogan departing via free agency, and Josh Gordon serving an indefinite suspension for substance abuse, the Patriots offense lacks another receiving threat to pair with Julian Edelman. The team used its first-round pick on N’Keal Harry, who notched 213 catches, 2,889 yards and 22 touchdowns in three seasons at Arizona State. He’s expected to win a starting job.

New England also added Demaryius Thomas, who totaled 59 receptions and 677 yards last season for the Denver Broncos and Houston Texans. However, the five-time Pro Bowler is recovering from a torn Achilles suffered last December. Joining the wide receiver competition are Maurice Harris, who compiled 32 receptions and 304 yards for the Washington Redskins last year, and Dontrelle Inman, coming off a 28-catch, 304-yard season with the Indianapolis Colts.

Additionally, contributions are expected from returning receivers Phillip Dorsett and Braxton Berrios. Dorsett provided only 32 catches and 290 yards to the offense last year, while Berrios spent his rookie season on injured reserve. Both could provide much-needed depth behind Edelman at the slot receiver position.

Who Rushes the Passer? 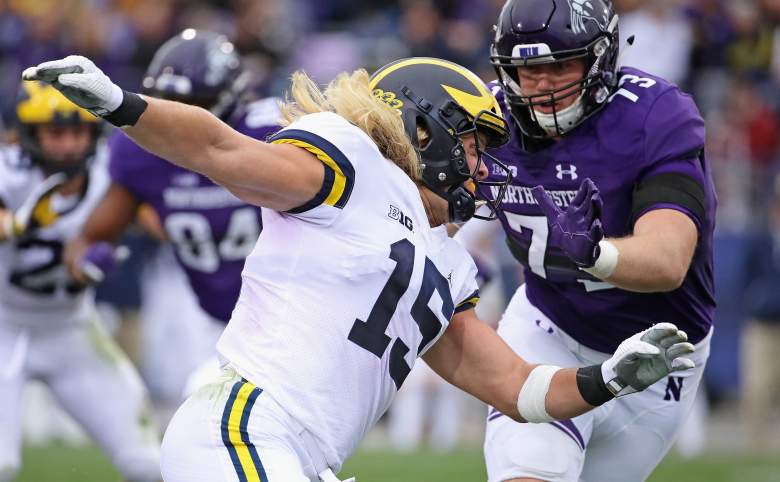 GettyRookie Chase Winovich will be one of many expected to replace DE Trey Flowers.

Another significant offseason loss for the Patriots was defensive end Trey Flowers, who signed with the Detroit Lions (reuniting with his former defensive coordinator Matt Patricia) as a free agent. He may actually be a more difficult player to replace than Gronkowski because dependable pass rushers are so scarce in the current NFL.

Flowers had his best season as a pro in 2018, compiling 7.5 sacks, 57 total tackles, nine tackles for loss, three forced fumbles and 20 quarterback hits. That’s a tremendous amount of production that needs replacing on the defensive line. And at 25, Flowers still arguably has his prime ahead of him.

However, a trade for veteran Michael Bennett will certainly help. Last year with the Eagles, Bennett, 33, notched nine sacks, 30 quarterback hits, 15 tackles for loss and two forced fumbles. Third-round pick Chase Winovich should also provide pressure on opposing quarterbacks as an edge rusher, totaling 13.5 sacks and 34.5 tackles for loss in his final two years at Michigan.

Is Jarrett Stidham the Future at Quarterback? 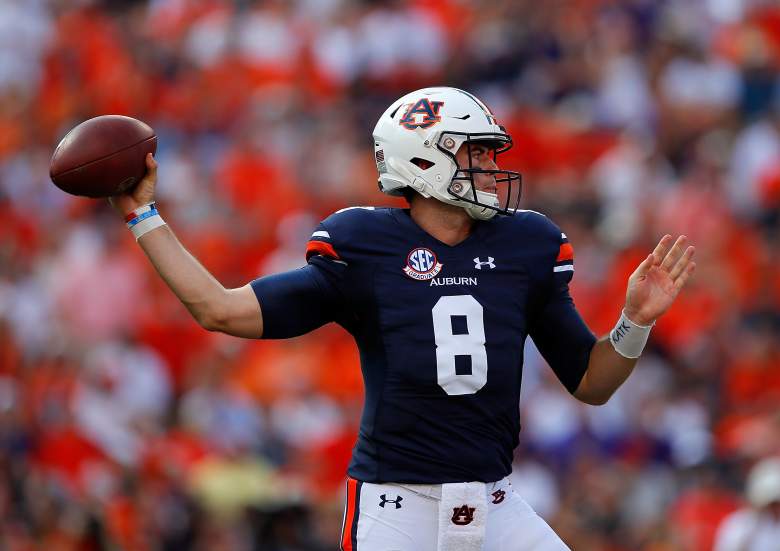 Tom Brady is going into the final season of the two-year extension he signed in 2018, and it’s likely he’ll reach agreement on a new contract before training camp opens in late July. But Brady will also turn 42 in August. Though he had yet another excellent season, throwing for 4,355 yards and 29 touchdowns, and shows no obvious signs of decline, the end of Brady’s career is nearing.

New England hasn’t had a viable successor ready at quarterback since Jimmy Garoppolo was traded in 2017. So the expectation was that the team would try to find a new signal-caller to groom during Brady’s final seasons if the right player was available in the 2019 NFL Draft. Bill Belichick and Josh McDaniels may have found their man in fourth-round selection Jarrett Stidham.

The Auburn star threw for nearly 6,000 yards during his two years at Auburn and was viewed as a Heisman Trophy contender going into his junior (and final) season. Stidham should get plenty of reps while Brady skips OTAs. He’ll split time with Brian Hoyer and Danny Etling, which presumably reduces pressure to develop quickly. But the opportunity is there to win a backup spot and begin the process of eventually taking over. 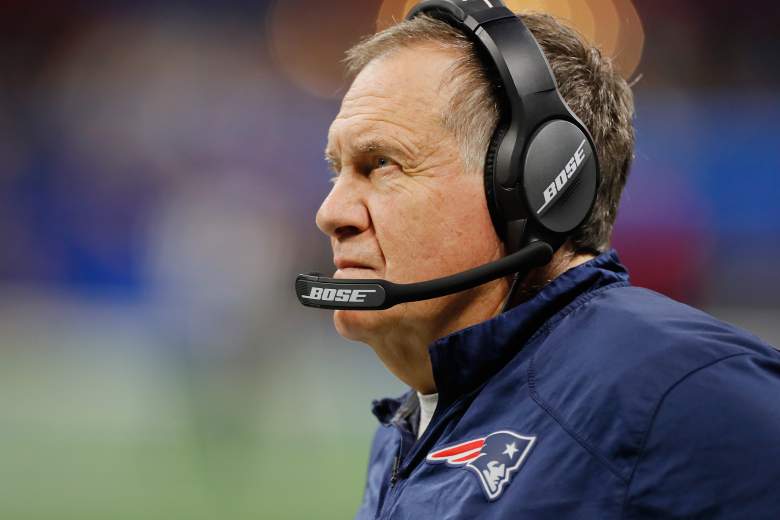 GettyBill Belichick hasn’t called defensive plays for the Patriots since 2010.

Initially, New England added former Ohio State defensive coordinator Greg Schiano to presumably replace Flores. He hadn’t officially been named to the position, but that became a moot point when Schiano resigned two months after being hired, reportedly because he didn’t want to uproot his family from Columbus.

However, even if no one on the Patriots’ retooled defensive coaching staff holds the title of defensive coordinator in 2019, it likely won’t be a problem. Flores called defensive plays last season, but he was officially the team’s linebackers coach. The guy coordinating the defense this year? The head coach. Belichick hasn’t called defensive plays in nine years. But the offense is in trusted hands with Josh McDaniels. And with four new coaches on the defensive staff — including Bret Bielema and Jerod Mayo — Belichick was likely to take a more active role anyway.