Getty The Texans and Colts are battling for the AFC South.

The Indianapolis Colts and Houston Texans are not only fighting for the AFC South but for NFL playoff positioning. Heading into their Week 12 matchup, the Colts held the tiebreaker over the Texans despite both teams being 6-4.

Deshaun Watson is looking to rebound after playing one of the worst games of his career against the Ravens. Texans head coach Bill O’Brien emphasized that Watson is great about learning from his mistakes.

“He really has a good memory bank so he can understand what happens,” Watson noted to USA Today. “He’s not a repeat error, he doesn’t make the same mistakes twice. But he still is seeing things that are new. I think he does a great job in working hard to correct things. That’s what good players do, and that’s what he is.”

Jacoby Brissett Is Back on the Field for the Colts

The Colts got a big boost in Week 11 with the return of Jacoby Brissett after the quarterback missed time with an injury. Colts receiver Zach Pascal discussed Brissett’s impact on the offense.

“It’s like, you know Jacoby’s going to put you in the right calls instead of just playing whatever is being called,” Pascal explained to the Indy Star. “You know? That’s not Brian’s fault. It’s all, I mean look at the plays Jacoby made out there today, where it’s just like, ‘Wow.’ The king’s back. King’s baaaaack.”

With both schedules ranked in the middle of the pack, it is unlikely to play a major role in who wins the AFC South. Watson noted the team understands just how big the matchup against the Colts could be when it comes to the postseason.

“It’s a big game,” Watson admitted USA Today. “It’s a divisional game that… can be a big deciding point in the future, but we’ve got to just focus on one drive, focus on one moment at a time. We can’t look at it in that way and try to get carried away and try to panic or try to put too much pressure on ourselves.”

Here’s a look at the current AFC playoff picture heading into Week 12. We will update the standings after the Colts-Texans Thursday night game.

Here is a look at the current AFC playoff matchups.

No. 6 Oakland Raiders vs. No. 3 Houston Texans
No. 5 Buffalo Bills vs. No. 4 Kansas City Chiefs
Bye: No. 1 New England Patriots & No. 2 Baltimore Ravens 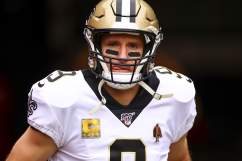