The 2-11 New York Giants now have another issue to pile on top of their ever-growing list of troubles. Starting cornerback Janoris Jenkins, who missed practice Wednesday due to an ankle injury, took time out during the practice session to tweet at a fan whose comments he didn’t appreciate.

When a fan responded to one of Jenkins’ previous tweets that listed his statistical accomplishments since Week 3 by asking: “How many of those stats contributed to any wins? #none #irrelevant,” Jenkins decided to get offensive and unnecessarily insulting in his response.

WARNING: The following language is offensive and is NSFW:

“I can only do my job…re**rd,” Jenkins wrote in a tweet he has yet to delete at the time of this publication.

I only can do my job.. retard https://t.co/hYDVcbk9sd

According to ESPN, Giants head coach Pat Shurmer was none too pleased with Jenkins’ comments, and he was also upset about how his star corner chose to utilize his practice time. “I was just made aware of it as I was going through the injury report, and he shouldn’t be tweeting during practice,” Shurmer said when asked about the incident.

Jenkins Has History of Offensive Tweets 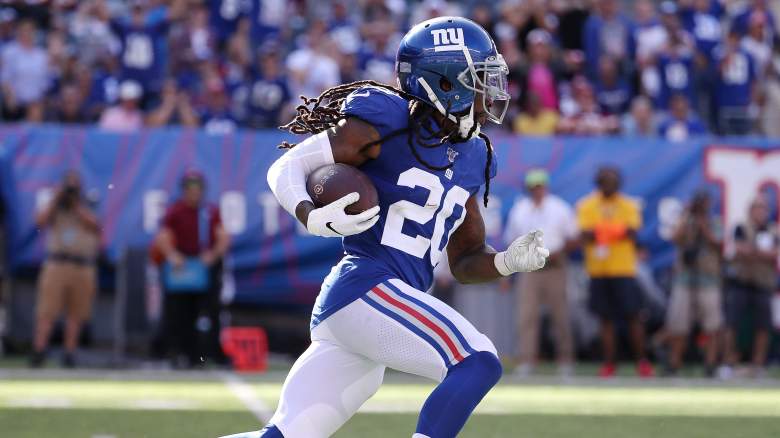 In 2018, Jenkins commented on an Instagram photo he posted in which he also used the word. When a fan commented about a touchdown he had given up in a preseason game to Cleveland Browns wide receiver Jarvis Landry, Jenkins responded by saying: “It’s preseason r*tard.”

Jenkins also got into it with former Browns wide receiver Terrelle Pryor on Twitter in 2016 after Pryor burned him for 131 yards. “You a s–t Eater to me,” Jenkins tweeted at Pryor after the game. “U really sucks.”

Several hours after practice, Jenkins responded to the tweet and the incident via Twitter, saying: “My apology for the word I used earlier, really didn’t mean no “HARM.”

My apology for the word I used earlier, really didn’t mean no “HARM”. #RabbitLoveEverybody

Jenkins then responded to reporters for doing their jobs and reporting what he said, saying “Lol y’all funny … I jus sit back n laugh at y’all.”

I jus sit back n laugh at y’all… #AnyStoryCanSell https://t.co/D0qFmpt8LO

Some suggested that Jenkins’ tweet was a reflection of the current management and culture in New York:

In one single tweet, Janoris Jenkins proved the culture for the Giants was never fixed by Dave Gettleman… OBJ was used as a scapegoat… time for Gettleman to be fired… https://t.co/4uHnLRANMN

It was also suggested that Jenkins could deliberately be making trouble in order to make sure he is no longer a member of the New York Giants next year:

What Janoris Jenkins did earlier today calling someone a “retard” right after expressing frustration with how he’s being utilized is exactly the type of thing a play does to get cut.

IMO, he wants out out of New York.#giantschat

Jenkins and the Giants will host the 3-10 Miami Dolphins Sunday. Shurmer has made no further comment on the incident.