New Carolina Panthers head coach Matt Rhule has just acquired one of the NFL’s most talented offensive linemen in a trade with the Los Angeles Chargers. He also just traded one away.

Here is the trade that tentatively has been agreed to: pic.twitter.com/rnLDsTK4Qp

The trade provides each team with a strong presence on the offensive line, although one player has a bigger upside than the other.

Trai Turner & Russell Okung Trade: Turner is On the Rise

Turner has played six seasons, and has made the Pro Bowl in five of them. He will turn 27-years-old in June. He has started 13 games each season for the past three years, and his upside is huge.

Okung is an older and more seasoned veteran, and he will be 32 this fall. He has played for the Chargers for the past three seasons, while spending time in both Denver and Seattle prior to his time in Los Angeles. Okung has been an excellent tackle, but his age could become a problem sooner rather than later.

Schefter also noted that a past connection may have come into play here. Panthers offensive line coach Pat Meyer spent time with the Chargers from 2017-19, and apparently made a push for Carolina to sign Okung.

One more reason why Carolina wants OT Russell Okung: Panthers OL coach Pat Meyer worked for the Chargers from 2017-2019, and he has been pushing Carolina to trade for his former left tackle. 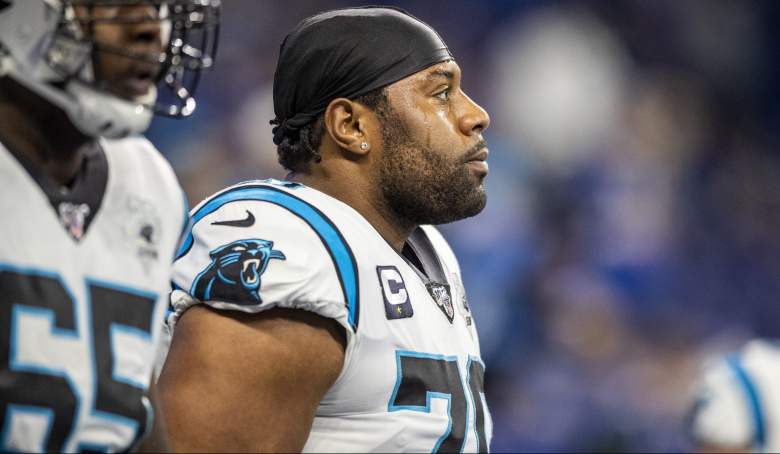 Turner carries a cap hit of just under $13 million, with a dead cap hit of 9.5 million for the 2020 season, per Spotrac. He is slated to make over $8.5 million, and he has two years left on the contract he signed with the Panthers. In 2021, Turner carries a dead cap hit of $5.6 million, and will command a salary just over $11 million. Turner’s now former quarterback, Cam Newton, has been mentioned frequently as an option to replace Philip Rivers next season, despite Rhule’s statement that the team will likely ride with Newton moving forward.

Okung has one more year on the contract he signed with the Chargers, and he carries a cap hit of just over $13 million. Okung suffered a pulmonary embolism last June, and the injury cost him 10 games during the 2019 season, but he battled back to start six games.

The trade will become official on March 18th, when the 2020 NFL season begins.

READ NEXT: Chicago Bears Have Talked to Cincinnati Bengals About Trade for QB Andy Dalton