The Cleveland Browns did a lot of work this offseason through free agency and the draft to improve their offensive line, but the team is reportedly still interested in Jason Peters — the most veteran name remaining among free agent offensive lineman.

Peters is 38 years old, but is looked to play into his 40s, according to NFL Network’s Mike Garafolo.

“He has told friends recently that if Tom Brady can play into his 40s, I can play into my 40s. I feel great,” Garafolo said. “The former Eagles left tackle still out there, sending out workout videos and to let people know he feels really good and is moving really good.”

From NFL Now on @nflnetwork: 38-year-old Jason Peters has recently told friends if Tom Brady can play into his 40s, so can he. The #Eagles have remained in contact with him as other teams (@JamesPalmerTV mentioned the #Browns, #Jets and #Broncos) lurk. pic.twitter.com/cxWq9qGmwI

NFL Network’s James Palmer echoed that sentiment from Garafolo and mentioned the Browns, Jets and Broncos as teams that have been monitoring Peters. And there’s also the possibility that he simply returns to the Eagles. 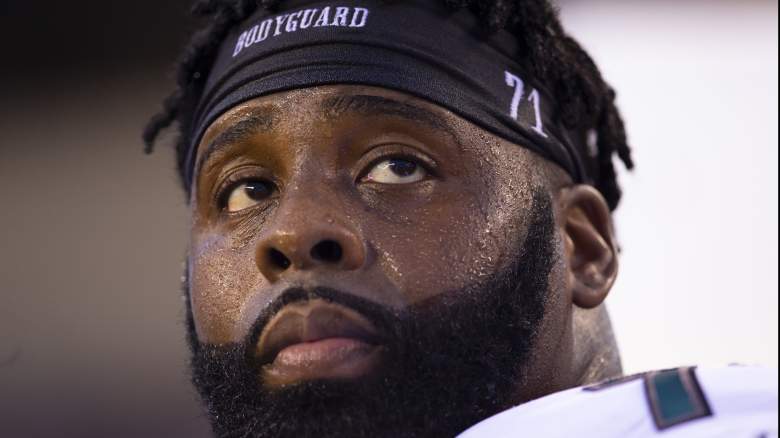 GettyEagles LT Jason Peters is one of the most unselfish players on the roster.

The Eagles announced earlier this offseason that they were going to let Peters test free agency as “each side continues to evaluate its options.” Peters has made the Pro Bowl nine times and been named an All-Pro six times.

“We are appreciative of everything Jason has contributed to the organization over the last 11 seasons in Philadelphia, including building a first-ballot Hall of Fame career and helping us win our first Super Bowl Championship. Jason has been an incredible leader and person both on and off the field,” the team said in a statement.

Peters has started 29 of a possible 32 games over the last two seasons for the Eagles, but is 38 and not a long-term solution by any means for the Browns. His link to Cleveland is through new Browns GM Andrew Berry, who spent last season as the vice president of football operations in Philadelphia. 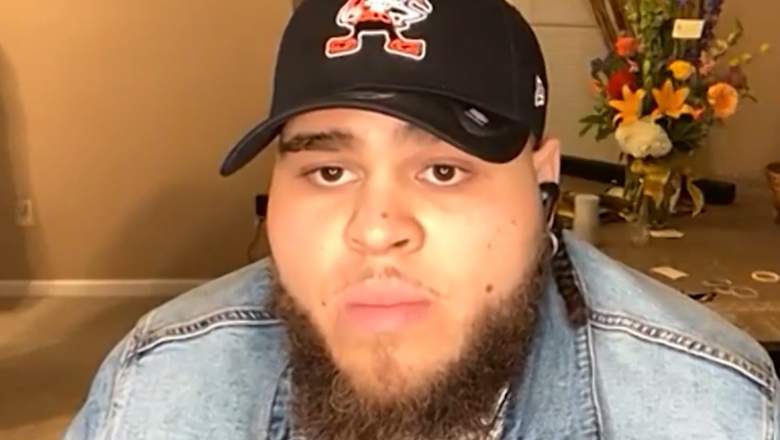 GettyJedrick Wills Jr. speaks via teleconference after being drafted during the first round by the Browns.

What the Browns would do with Peters is uncertain considering they signed tackle Jack Conklin in free agency and drafted Jedrick Wills with the No. 10 overall pick in this year’s NFL Draft.

Wills filled a major need for the Browns, falling into the team’s lap at No. 10. Despite it being a deep tackle draft class, Georgia’s Andrew Thomas was the only tackle off the board through the first nine picks. Thomas was taken by the Giants at No. 4.

“There are a lot of things I like about this kid. He has played a bunch of games down there at Alabama,” head coach Kevin Stefanski told reporters following the pick. “I liked his makeup. I like his tenacity, his toughness, his intelligence, and then not to mention that he is a scheme fit for our team. Great movement skills. Plays with a nastiness. I think we got a winner, and I think we got the right person. I keep coming back to it and it is the truth: just trying to get some good players in here and some good people, and he fits the bill.”

Wills needs to make the move from right to left tackle, so maybe the Browns would be looking to bring in Peters on a one-year deal to help usher in the new era and serve as a mentor to the high pick.

READ NEXT: Seahawks Rumored to Have Offered Russell Wilson to Browns via Trade