The coronavirus pandemic has everyone shuffling, both in the sports world and beyond. The crisis has a trickle-down effect on nearly every industry and while it’s low on the priority list, what happens with those in fantasy sports leagues remains a question.

The NBA is sorting out the logistics of a return and those that were following along and participating in season-long fantasy leagues must figure out what’s next for themselves as well.

Fantasy sports is a fun outlet for many and everyone who was in the midst of a fantasy basketball campaign surely would have loved the opportunity to finish, perhaps none more so than Sandra Riley, an elementary school teacher and grandmother of four from Easton, PA.

Fantasy basketball is a new hobby for Sandra, though she has long been a fan of the NBA. Her youngest son, Sam, played basketball through high school and Sandra was a Spike Lee-Esque supporter at games and a passionate volunteer at fundraising events.

Her involvement created an opportunity to form relationships with many of his friends. Years later, just days into the 2019-20 season, one of those friends needed someone to take over a fantasy team that was abandoned post-draft and Sandra was a prime candidate (sources say the original owner was upset about not being able to secure Nikola Jokic with his No. 8 pick).

“I always heard about fantasy basketball,” Sandra tells Heavy.com. “I know my statistics and the game. I just didn’t know how to get involved.” She was thrilled to be in, though her inclusion was a point of contention at first; not everyone in the league knew Sandra and some were skeptical about her ability to compete.

The woman who had been watching basketball since her Knicks last won a title would have to school a few more students this semester. She just had to get up to speed with the online component of fantasy sports first.

In-between juggling classwork for her elementary school students, completing coursework for her third degree, and catching late-night Clippers games, she transitioned from a notebook of handwritten NBA statistics to ESPN’s customizable platform. She even made her first trade early on, sending out Ben Simmons for Kawhi Leonard, who is her favorite current player.

“I saw them as equal value and when I heard he was Ms. Riley’s favorite player, I was happy to make a welcome-to-the-league trade,” Chris Haefner, 29, who was in first-place of the H2H league for the entirety of the season, tells Heavy.com. “Plus not having to worry about Kawhi’s load management decreased my blood pressure.”

The “Boo Boo Woo Boos” (Sandra’s team, whose name was an ode to the former owner who attempted to take his virtual ball and go home) ended the year as one of the most active participants on the waiver-wire. With her rookie year coming to an abrupt end, the mother of two is excited about her future fantasy basketball prospects. “I can’t wait to draft my own team,” said Sandra. “I can’t wait for next season. I truly enjoyed it.”

The fate of this NBA season lingers, though there’s encouraging news. Teams are beginning to reopen their practice facilities and the league is parsing through potential return-to-the-court scenarios, including a play-in tournament for the 8-12 seeds in each conference. It’s just the first few pieces in a complex, logistical puzzle that NBA teams and players will have to complete as they aim to save the season.

How Should Fantasy Leagues Proceed in Anticipation of NBA Return? 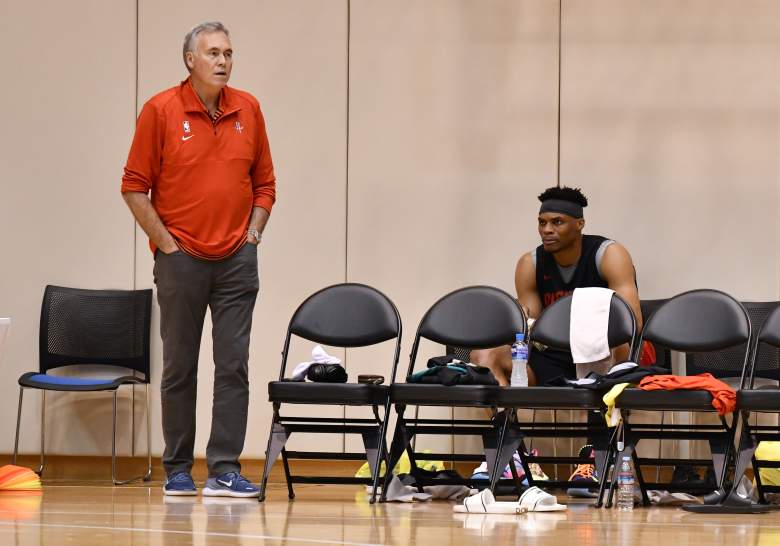 Many fantasy leagues, including Sandra’s, are taking a wait-and-see approach with the hope that the regular season resumes and fantasy owners will have the opportunity to finish out their campaign. However, that’s not the best strategy, according to Alex Rikleen, senior basketball writer for RotoWire and professor at Framingham State University where he teaches the “Business of Fantasy Sports.”

“It’ll be a new season fantasy-wise,” Rikleen said. The majority of rostered players will be fully healthy, though the conditioning of each player may differ. Evaluating value will surely change and that’s not even factoring in what a new schedule would look like.

Many season-long leagues play for prizes or buy-ins, which adds to the complexity as well as the urgency to figure out a solution. Major sites, such as ESPN and Yahoo, are leaving it up to individual leagues to figure it out and that may be the best route, according to Rikleen.

“Sites should absolutely not adopt a blanket policy,” said Rikleen, whose course divulges into how fantasy sports have changed over the years among other topics. “They should allow leagues the flexibility to make their own determinations, whether they decide to end their league now or wait on the hope that they can play it out later.”

One league in New Jersey had just days left of their head-to-head championship matchup when the NBA suspended the season. The two participants decided to split the pot, though not every league will have such an easy decision, as, for many, the NBA’s suspension arrived with a substantial portion of the fantasy season left.

How to Split The Prize Money 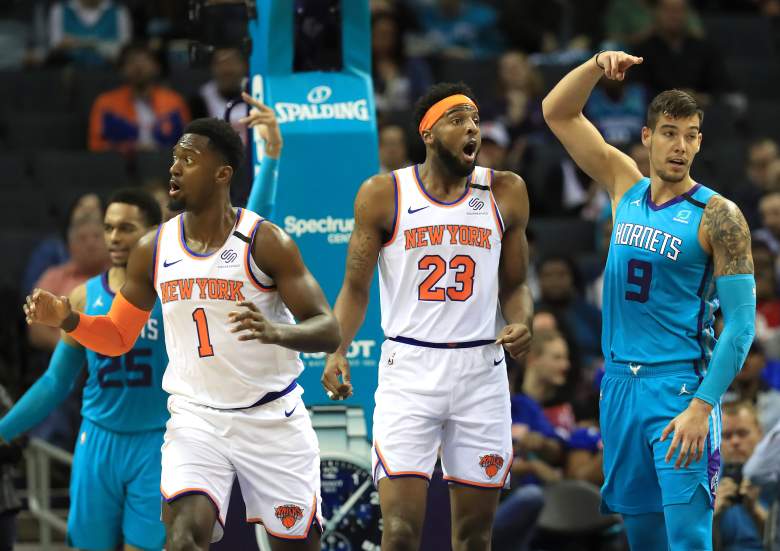 League managers, in communication with their members, are taking varied approaches, though the majority have come down to three choices:

2) Distribute the winnings based on performance.

Approaches differ by type of league and evaluating the standings can be tricky.

“There is a ton of matchup variance in those head-to-head formats and even down the stretch in points and roto leagues so I can see and appreciate the hesitance to simply dole out big money to the No. 1 seed,” said Jim McCormick, who has written about fantasy sports for ESPN since 2007.

In head-to-head, it’s likely that some teams are clearly out of contention, while in roto, it’s not as simple. Teams that appear out of it are not as easy to identify. Add in the fact that several stars were nursing injuries prior to the hiatus (Ben Simmons and Giannis Antetokounmpo among them), which may have made it easier for squads lower in the standings to rise up, makes it more complex.

Rikleen believes that as a default, head-to-head leagues should take the first aforementioned option and those in roto leagues should take option three. Leagues can take alternative approaches, including fun solutions like simulating the playoffs with their current players, if everyone agrees.

Shifting to a slightly different competition could be an answer. Sports.WS Legends offers users a chance to draft any player from any era, using real historical stats to compete. Users can draft 98′ Michael Jordan and have him compete against prime LeBron James and others from a fantasy perspective.

Still, it comes down to what the individual leagues agree upon so that all participants feel a fair solution is reached.

With concerns of the coronavirus resurfacing next winter, how fantasy leagues handle a suspension will be a topic of future conversations and could be even more prevalent with fantasy football, as the sport has four times as many participants as fantasy basketball. Future leagues should discuss protocol before their season, as coming to an agreement with all members is likely an easier feat at that time.

As for what everyone can agree on: wanting sports back as soon as it’s safe to play again.