Since Jackson was fired from his post with the Browns, Mayfield has made it very clear that his Jackson is somebody he doesn’t respect. However, Jackson revealed during an interview on ESPN Cleveland’s The Really Big Show that he doesn’t have a problem with Baker Mayfield “the player,” even giving his former QB a vote of confidence.

“I still think this guy is going to be a really good player,” Jackson told the radio show (h/t Jake Trotter). “The player, I’ve never had a problem with the player.”

Hue Jackson on Baker Mayfield: "I still think this guy is going to be a really good player. … The player, I’ve never had a problem with the player.” @ESPNCleveland

Jackson added: “For the city and for the fans I want the Browns to do well.” 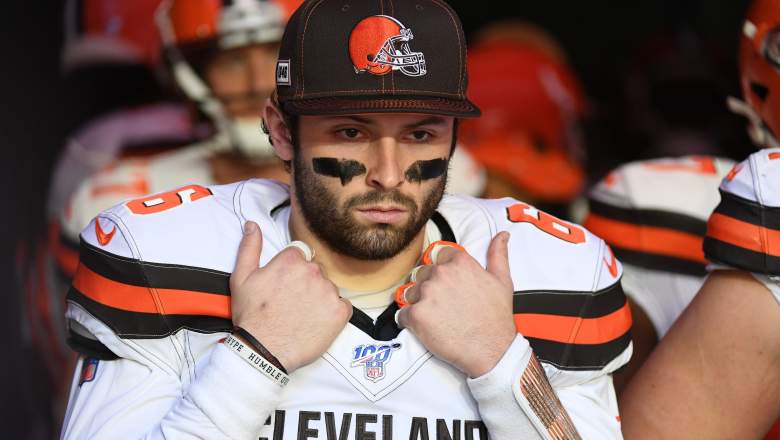 When Jackson left Cleveland he almost immediately joined Marvin Lewis’ staff with the Bengals — the Browns AFC North rival. That didn’t sit well with Mayfield, who Jackson and the Browns selected with the No. 1 overall pick in 2018.

Following the Browns thumping the Bengals 35-20, Mayfield seemed to duck around a hug from Jackson following the game, making for a very awkward moment.

“Left Cleveland, goes down to Cincinnati,” Mayfield told reporters in November 2018. “I don’t know. That’s just somebody that’s in our locker room asking for us to play for him and then goes to a different team we play twice a year. Everybody can have their spin on it, but that’s how I feel.”

Mayfield doubled-down and reflected on that statement in an interview with ESPN before last season.

“I’m not gonna lie to you and say that the first time I played Hue did not feel good. It’s human nature to want to get revenge,” Baker said in an ESPN profile with Mina Kimes. “I said what I meant. Don’t stand up in front of us the week before and try to tell us you’re doing everything for us, then go take a job with a team we play twice a year. It was one of those honesty and respect things.”

Hue Jackson Writing a Book Due Out in January 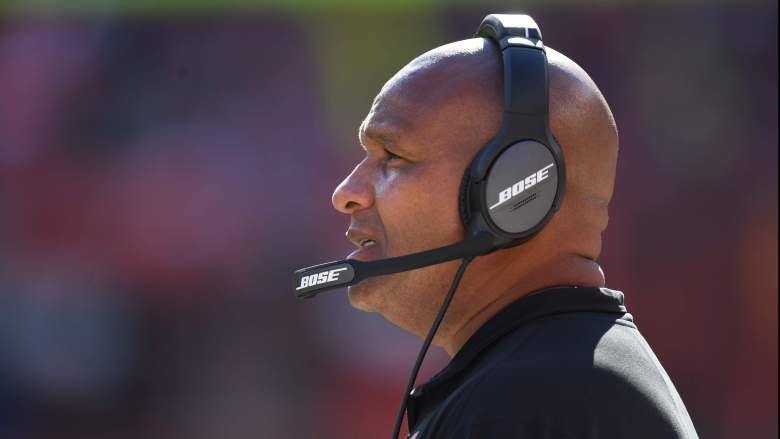 Jackson also revealed in his latest interview that he’s writing a book that is due out in January. It’s expected to include a heavy dose of his Browns tenure, although Jackson is staying tight-lipped.

Browns fans likely aren’t eager to relive the Hue Jackson era and his recent comments on his time in Cleveland haven’t exactly sat well. While appearing on Sports Radio WFNZ in North Carolina last year, Jackson he defended his coaching.

“I’ve said this before I think during those times [it was] probably some of the best coaching I did contrary to what people think because you’re always doing anything and everything you can to find a way to win,” Jackson said. “Whether it happens or not, that’s not up to me sometimes but I think I learned a lot being in that situation.”

Read More
Cleveland Browns, Football, NFL
The relationship between former Browns coach Hue Jackson and QB Baker Mayfield flamed out quickly and spectacularly, but he still has faith in his former QB.