Getty The Saints attempted a wild trade for Jadeveon Clowney.

The Browns pursuit of Jadeveon Clowney might have hit a snag, but a team insider believes there’s still a 50-50 shot the former No. 1 overall pick will sign in Cleveland.

The Browns have been very aggressive in their courting of Clowney, but the former Seahawks pass-rusher reportedly turning down the richest offer he has on the table from Cleveland. However, Browns insider Mary Kay Cabot of cleveland.com believes it’s still a coin toss whether he ends up signing with the Browns.

“I’ll go right now, 50-50. I still think comes down to the money,” Cabot said on The Ken Carman Show with Anthony Lima when asked of the percent chance Clowney signs with Cleveland. “I think the Browns are still interested in him and he’s looking for a certain number or certain amount of years on a contract. It’s not over until it’s over.”

It was recently revealed by ESPN NFL insider Adam Schefter that Clowney had spurned the Browns, but he did not put a dollar figure to his report.

“It’s the richest offer on the table and he hasn’t taken it. So why is that? I don’t know,” Schefter said during an appearance on ESPN Cleveland. “Is that not wanting to be in that city? Is that a lack of belief in the organization? I don’t know what it is. But there’s no doubt that Cleveland has offered the most money to date. For whatever reason he has not been willing to take it so far. That doesn’t mean that it couldn’t change, but it hasn’t changed just yet.” 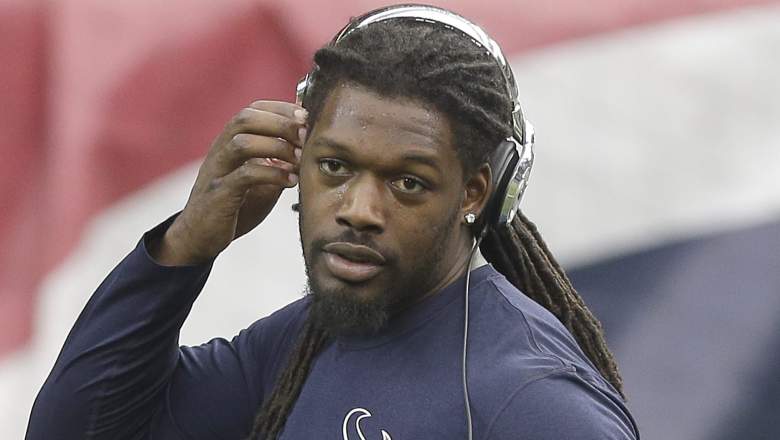 Schefter’s comments were taken by many to mean that Clowney simply did not want to play for the long-struggling franchise in Cleveland. However, that Browns reported offer did not approach the dollar figure Clowney had wanted in free agency, which at one point early on was $20 million.

“The word throughout the agent community is that the reportedly ‘super lucrative’ deal he turned down from the Cleveland Browns would have been worth $12 million at its base,” Jason La Canfora of CBS Sports reported on Tuesday.

Cabot commented on that report during an appearance on More Sports & Les Levine, but could not confirm the offer’s value. However, she reiterated that Clowney could still end up in Cleveland — it just comes down to money.

“It’s hard to say exactly if those numbers are accurate or not,” Cabot said. “I think that if the Browns were meeting Jadeveon Clowney’s asking price, giving him what he wanted, I think he would be here by now. … Why wouldn’t you want to play on a defensive line that includes Myles Garrett, Sheldon Richardson and Larry Ogunjobi. You’re not going to take all that attention — Myles Garrett will get double teamed. It will open up all kinds of things for you.”

The Browns have been fairly open in the admiration of Clowney, but have not made any revealing comments on the pursuit.

“I read the articles, too. I see [Clowney] linked to us, Tennessee and see all these teams,” defensive coordinator Joe Woods said in a recent Zoom call with reporters. “Really, right now, I am really focused on coaching the guys we have.”

Browns general manager Andrew Berry has been clear that he will be aggressive in the pursuit of free agents, but has yet to shed any light on the situation with Clowney.

“I’m not going to get into the habit of commenting on players that aren’t on our roster,” Berry said earlier this offseason. “Jadeveon, he’s a good football player. We’re actively always looking. We’re going to be aggressive and adding talent to the roster.”