Ray Ciccarelli is a 50-year-old race car driver who announced his plans to quit after the 2020 season, citing the new ban on Confederate flags at NASCAR events.

The statement was posted to Ciccarelli’s personal Facebook page and signed by his wife, Sarah. It read:

Well its been a fun ride and dream come true but if this is the direction Nascar is headed we will not participate after 2020 season is over , i don’t believe in kneeling during Anthem nor taken ppl right to fly what ever flag they love. I could care less about the Confederate Flag but there are ppl that do and it doesn’t make them a racist all you are doing is f—ing one group to cater to another and i ain’t spend the money we are to participate in any political BS!! So everything is for SALE!!

#NASCAR Truck driver/owner Ray Ciccarelli says he won’t continue in NASCAR after this year. He cited his reasons in this Facebook post: pic.twitter.com/NKrgPZFvyJ

Ciccarelli owns CMI Motorsports, according to Toby Christie, a NASCAR blog. Ciccarelli’s team has run 15 races since 2018, the blog reports; its best finish was ninth last season, with Ciccarelli behind the wheel. He has not clarified if he’s serious about selling his team. 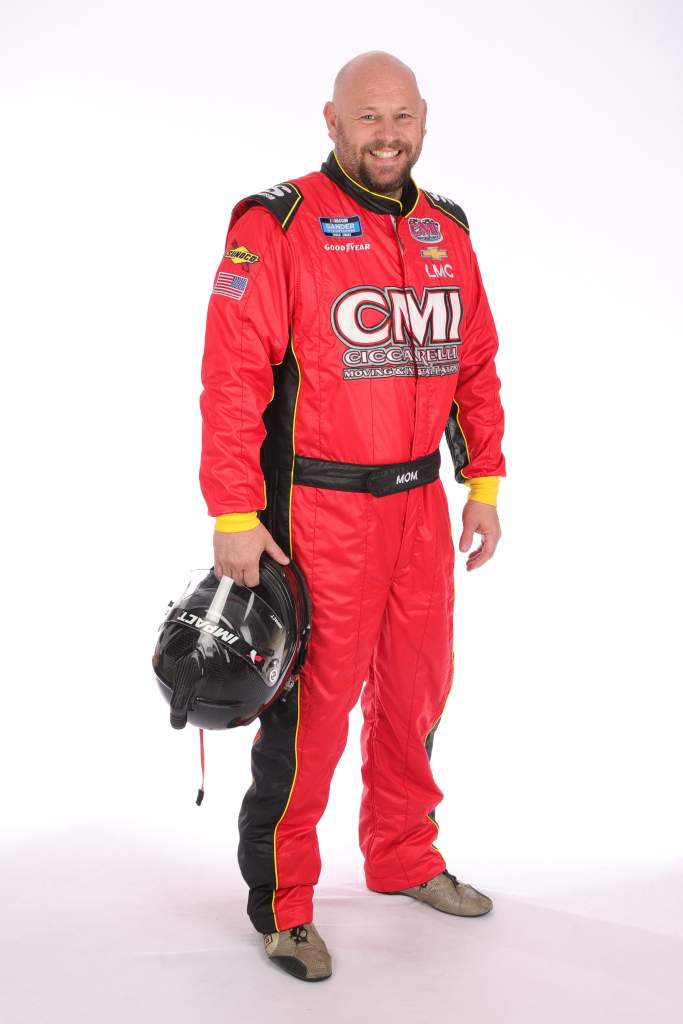 GettyCiccarelli poses for a photo at Daytona International Speedway on February 13, 2020, in Daytona Beach, Florida.

Ciccarelli’s decision came hours after NASCAR released its own announcement, confirming that not only would Confederate flags be banned from NASCAR events from now on, but that drivers had the right to kneel on the podium, according to NBC Sports.

NASCAR said in a statement,

The presence of the Confederate flag at NASCAR events runs contrary to our commitment to providing a welcoming and inclusive environment for all fans, our competitors and our industry. Bringing people together around a love for racing and the community that it creates is what makes our fans and sport special. The display of the Confederate flag will be prohibited from all NASCAR events and properties.

According to YardBarker, Ciccarelli currently drives in the NASCAR Gander RV & Outdoors Truck Series, driving the No. 49 Chevrolet Silverado for CMI Motorsports. He has had one Top Ten finish.

On Wednesday, Bubba Wallace debuted a car at the NASCAR Cup Series race at Martinsville Speedway that has a “Black Lives Matter” message on it.

Via NASCAR.com, Wallace said, “I’m excited for this opportunity to run #BlackLivesMatter on the car for Martinsville. This statement that we have right here. … Running this race car. Being on live television. I think it’s going to speak volumes for what I stand for, but also what the initiative that NASCAR, the whole sport, is trying to push.”

READ NEXT: Bubba Wallace NASCAR WINS: How Many Races Has He Won?