While it may seem the Vikings have reached a state of crisis at nose tackle following Michael Pierce’s opt out of the 2020 season and the P.J. Hall trade falling through, defensive line coach and co-defensive coordinator Andre Patterson is confident in his group this season.

“We have a lot of talent in that room… I think we’re going to be just fine,” he said in a press conference Friday. ESPN’s Courtney Cronin asked Patterson why the nose tackle is so important in the Vikings defensive scheme.

I think Eric Kendricks will tell you that part of the reason he went to the Pro Bowl is because of those two big bodies sitting in front of him, OK? They allow him to run from sideline to sideline and be free. Their No. 1 job in their life is to not let anybody touch Eric (Kendricks). And I get it. People write stuff about Shamar Stephen and I get it because everybody just looks at stats, but if you watch film and you ask Eric Kendricks if he had to pick anybody to go to the game with, that he’d make sure that guy was there, I guarantee he’d tell you it’s 93, because 93 is not going to let anybody get to the second level and block Eric (Kendricks). They’re doing what we coach them to do.

Patterson added that while the expectation of a three-technique defensive tackle is to penetrate, create yards for losses and be disruptive, that’s not the objective the Vikings defensive coaches are looking for.

“We want to flatten out the line of scrimmage — don’t let any lineman leave the line of scrimmage — the inside guys will let Eric (Kendricks) free,” Patterson said. “That’s why that position… is so important because we want to keep those linebackers free. Eric (Kendricks)and Anthony Barr can make plays because of the way those two D-tackles play.”

Stephen has been considered the weakest link of the Vikings returning starting six players on defense and was considered to have competition for his spot at the three-technique, although he could prove better in a timeshare at nose tackle with his 6-foot-5, 309-pound frame. Stephen has five sacks and five tackles for loss in his six-year career, which have come in the past three seasons with the Vikings and Seattle Seahawks.

Patterson’s statement on Friday shows he has confidence in rotating veterans Jaleel Johnson, Hercules Mata’afa and Stephen at nose tackle. Rookie James Lynch could work his way into the lineup as well. 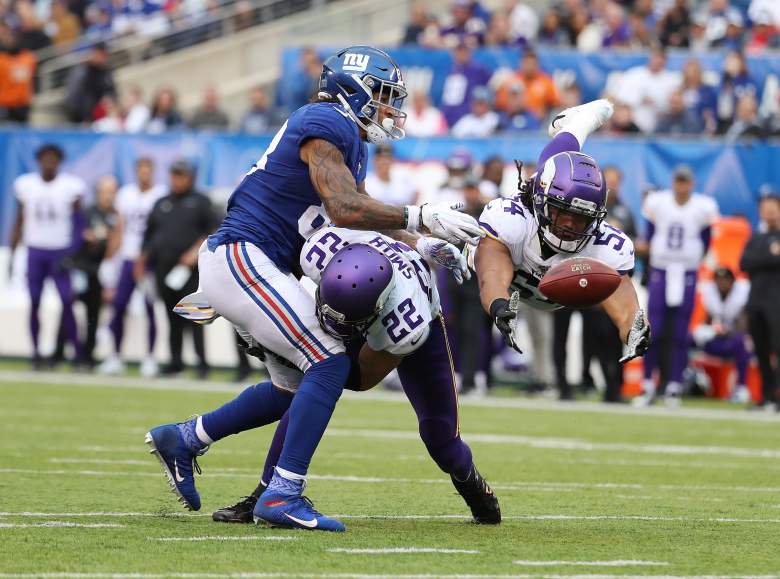 Last season the Vikings allowed Kendricks to shine in his first All-Pro season. Despite sub-par play from longtime nose tackle Linval Joseph, Kendricks has 12 pass breakups in the regular season, the most Pro Football Focus has ever seen.

He also has a top-five run-defense grade and an average depth of tackle against the run of just 3.46 yards, better than first-ballot Pro Bowlers Bobby Wagner and Luke Kuechly, who have tackle depth averages of 4.88 and 3.62 yards, respectively.

Kendricks proved last season that he can penetrate and stop the run short and is one of the league’s best in coverage linebackers.