Amid the COVID-19 pandemic and college football’s season falling apart, the NFL has no plans to back down.

The league remains confident that it will be able to play a full season in 2020, as Pro Football Action relays. Part of that is its commitment to testing. The other part is the new equipment, including the Mouth Shield, which is designed to mitigate the risk of spreading COVID-19. 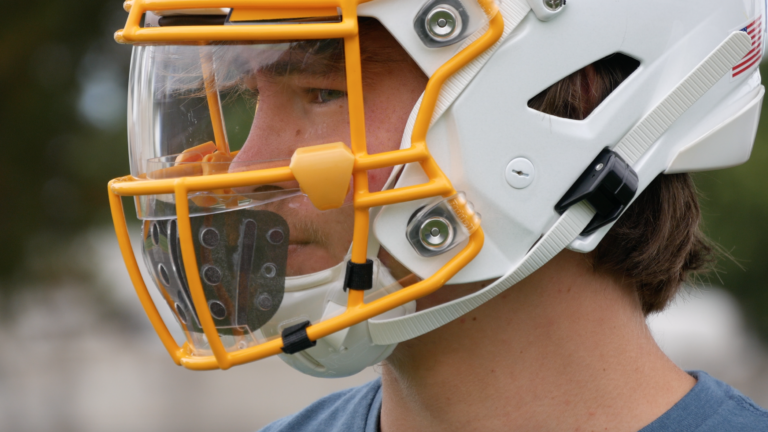 “I’m really pleased with how the work is going,” said NFL Chief Medical Officer Dr. Allen Sills (via the NFL). “We’re hoping to continue to innovate and improve as we go. We’re excited about where we are and about the potential role this may play in risk mitigation on the field.”

The product is made by Oakley, which also provides eye shields to over 700 players in the NFL.

“Risk mitigation is not one intervention, but a number of interventions you stack together in the hopes that the combination will be more effective than any of them individually,” said Dr. Sills. “That’s why we’re also thinking about ways that we can innovate around personal protective equipment, or PPE.”

Ronald Jones II, who will likely be the Bucs’ starting running back come Week 1, said most of the team’s players were not pleased with the face shields and had issues breathing in them.

Monday the Bucs wore these mouth shields and overall they weren’t too fond of them. Ronald Jones said most players felt they couldn’t breathe in them. https://t.co/MPL4tJM07g

While taking precautions to stop the spread of COVID-19 on the field may seem like a no-brainer, players will not be required to wear them. It is recommended that they do, though the league and the players union haven’t come together on a mandatory agreement,

It’s no secret that Tom Brady is a supporter of President Donald Trump and it appears that No. 45 is a supporter of Brady’s new team. Trump recently spoke about Brady’s departure from New England while giving praise to the Buccaneers organization.

“I think (Brady) had plenty of teams to go to, and he picked one with — from what I understand — a good offensive line and very good receivers. He looked at that closely. I think he probably had other choices where they had players,’ Trump told Clay Travis of Fox Sports (h/t NESN).

It’s worth noting that the Glazer Family, which owns the Buccaneers, have long been supporters of Trump both vocally and financially.

“I think (Brady’s) biggest thing is, he wants to win,” Trump said. “And from what I know, and I know the ownership of the team, they’ll do whatever they have to because they’re fantastic people.”

Some analysts believe that Brady will set records with the Bucs, including NFL Network’s Maurice Jones-Drew, who believes Brady will tie Peyton Manning’s passing touchdown record (55). Trump didn’t get into specifics with his predictions, though he added that Brady will go what he has always done.

More on the NFL: