Getty Offensive lineman, including Dion Dawkins #73 of the Buffalo Bills work out during Bills mini camp on June 15, 2022 in Orchard Park, New York.

One of the Buffalo Bills‘ most animated players, offensive tackle Dion Dawkins, was noticeably absent from training camp at St. John Fisher College on Friday, July 29.

The Pro Bowler was excused from practice due to personal reasons, as reported by Bills’ reported Maddy Glab, and remained out on Saturday, July 30.

No specific details were given about Dawkins’ situation, but the Bills’ veteran center Mitch Morse offered a troubling statement. “Morse said the team doesn’t know much about what’s happening with Dion Dawkins. But he said everybody is praying for Dion and he asked that everybody to do the same. Sending thoughts out to the Schnow Man,” News 4 Buffalo reporter Matt Parrino tweeted after Saturday’s practice.

Mitch Morse said the team doesn’t know much about what’s happening with Dion Dawkins. But he said everybody is praying for Dion and he asked that everybody to do the same. Sending thoughts out to the Schnow Man. pic.twitter.com/nMsVwPuxPG

The 28-year-old offensive lineman is looking to have another statement year after earning his first Pro Bowl nod last season, so the hope is for Dawkins to return as soon as possible. The Bills head coach Sean McDermott said he’s “hoping to have him back in a few days,” Parrino tweeted.

The Bills’ former second-round pick from the 2017 NFL Draft signed a four-year, $58.3 million extension in August 2020, which included an $8.6 million signing bonus and over $29.5 million of guaranteed money, per Spotrac.com.

The 6-foot-5, 320-pound left tackle is expected to be a key starter heading into the 2022 NFL season, alongside a projected offensive line with Morse, Rodger Saffold, Ryan Bates, and Spencer Brown. 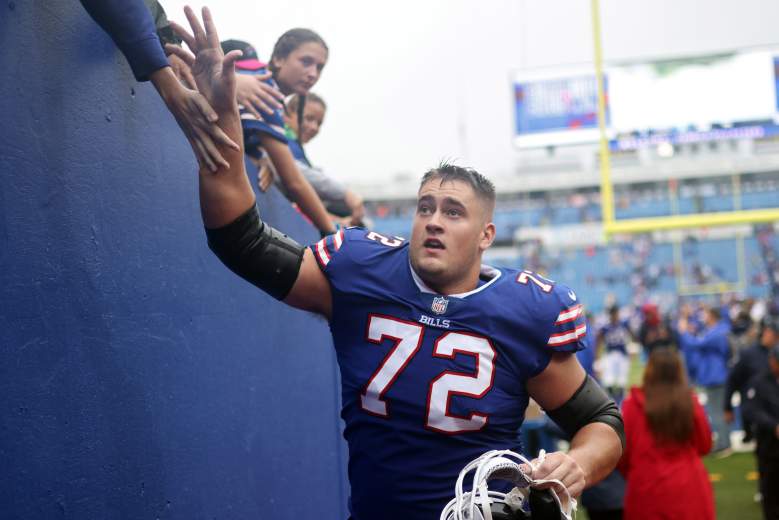 GettyTommy Doyle #72 of the Buffalo Bills acknowledges the fans as he leaves the field after the Bills defeated the Texans 40-0 at Highmark Stadium on October 03, 2021 in Orchard Park, New York.

With Dawkins out, Tommy Doyle, the Bills’ 2021 fifth-round draft pick, stepped in as the team’s starting left tackle during practice. Normally, Brown, who was selected by the Bills in the third round of the 2021 NFL Draft, would be Dawkins’ backup, but he’s also out.

Brown underwent back surgery and is still working his way back to participate in team drills. In Brown’s place, veteran David Quessenberry has been getting reps at right tackle.

Dawkins gave both linemen a glowing review while speaking to the media on Wednesday, July 27. “The number one thing that I’ve seen about Spencer is he’s a big guy but moves like a skill and even [Tommy] Doyle like they like they’re both one and one,” Dawkins said.

“People are talking about Spencer, but Doyle is just as great. I think that their potential is through the roof better than me, better than any tackle to ever touch the football field.”

Overall, the Bills’ O-Line Is Pretty Banged Up at the Moment 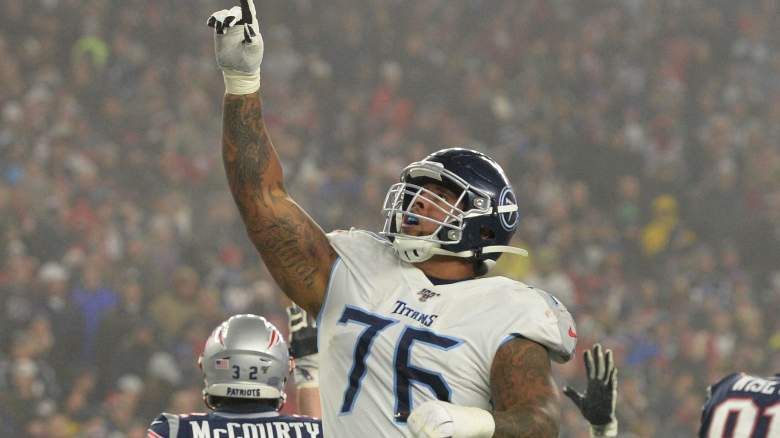 GettyRodger Saffold #76 of the Tennessee Titans reacts as they take on the New England Patriots in the second quarter of the AFC Wild Card Playoff game at Gillette Stadium on January 04, 2020.

The Bills projected starting offensive lineup has yet to practice together. On the first day of training camp, McDermott revealed Pro Bowler Rodger Saffold was being placed on the non-football injury list after injuring his ribs in a car crash.

In addition to Dawkins being out, Saffold, and Brown not being full participants at practice, there’s guard Ike Boettger, who is also still out. The 27-year-old started training camp on the physically unable to perform (PUP) list, as he’s still recovering from a torn Achilles tendon suffered in Week 16 against the New England Patriots.