Getty Reggie Gilliam #41 of the Buffalo Bills warms up prior to the game against the Tampa Bay Buccaneers at Raymond James Stadium on December 12, 2021 in Tampa, Florida.

The Buffalo Bills have several key players entering the final year of their contracts this season, and while the waiting game continues for extension-hungry starters such as All-Pro safety Jordan Poyer and tight end Dawson Knox, the team moved to lock in fullback Reggie Gilliam on Sunday, August 7.

The Bills announced that Gilliam, who they signed as an undrafted free agent back in 2020, inked a two-year deal to keep him under contract through the 2024 season.

As for how much the Toledo alum will make, NFL Network’s Mike Garafalo tweeted, “The #Bills are signing FB Reggie Gilliam to a two-year extension worth up to $5.2 million.” Gilliam is repped by Brad Cicala of QC Sports, the same agent who represents his former college teammate, Steelers’ star wide receiver Dionte Johnson, who also got an extension this week.

Reggie Gilliam needs to get his flowers. He makes the most of his opportunities!!

Gilliam has quietly become an integral part of the Bills’ offense. SB Nation’s John Boccacino reported, “The Bills went from a negative-value running team into a positive-value running team when Gilliam is on the field, and their success rate on their runs (the rate at which they earn positive expected points per play) increases from 41.8% to 48.8% when Gilliam is on the field. That’s a huge spike, one that would signify an improvement from 23rd in expected points added (EPA) per carry to 14th and from 24th in success rate to third.”

Last season, the fullback appeared in all 16 games, with five starts. Since signing with Buffalo, the 24-year-old has played in a total of 30 games, including five postseason matchups. During the 2021 NFL season, Gilliam participated in 315 snaps on special teams, only second behind Tyler Matakevich.

Buffalo’s new offensive coordinator Ken Dorsey commented on Gilliam’s extension on Sunday. He said “Gilliam is someone who is down to do whatever to help the team’s success and has great intelligence,” as tweeted by Bills reporter Maddy Glab. 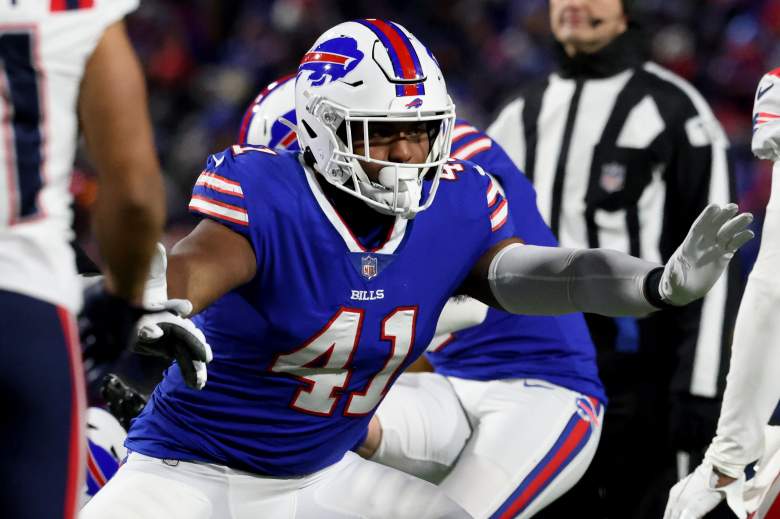 GettyReggie Gilliam #41 of the Buffalo Bills blocks during the second quarter against the New England Patriots at Highmark Stadium on January 15, 2022 in Buffalo, New York.

While Gilliam’s name may not be as famous as other Bills’ players with expiring contracts, a list that also includes running back Devin Singeltary, 24, and linebacker Tremaine Edmunds, 24, he is a fan-favorite in Buffalo.

A big shoutout and congratulations to friend of the show Reggie Gilliam (@_1Sledge) on his well Deserved contract extension with the Buffalo Bills.#Buffalofanatics #BillsMafia#TheRicoReport #FullbacksMatter pic.twitter.com/NpULiIA1P0

After the Bills announced Gilliam’s extension, Bills Mafia strongly reacted with joy on Twitter. One fan tweeted, “”YES YES YES!!!!!! beyond deserved. this dude has worked his tail off to get to this point and I’m so happy he’s getting rewarded for it!!! LFG @_1Sledge,” while another person wrote, “Fullbacks really do matter. Let’s go Reggie.”

Numerous people expressed how much they love the versatility that Gilliams offers the team. A Bills’ fan account tweeted, “Reggie Gilliam the FB, RB, TE, ST ace and the embodiment of a Buffalo Bill. Happy to have you for the next 3 years!”

Not Every Bills’ Player Will Get Their Extension 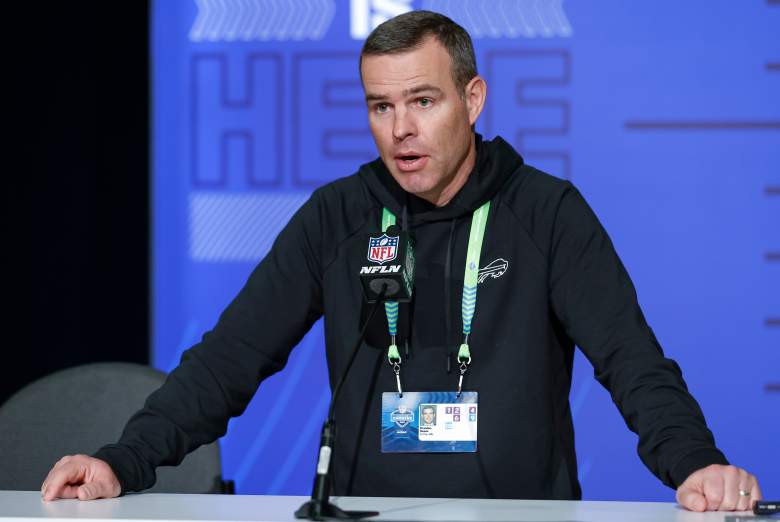 GettyBrandon Beane, general manager of the Buffalo Bills speaks to reporters during the NFL Draft Combine at the Indiana Convention Center on March 1, 2022 in Indianapolis, Indiana.

While it’s great that so many Bills’ players with expiring contracts want to stay in Buffalo for the long haul, SB Nation’s Bruce Nolan tweeted out one of the glaring issues, “When your NFL team has a lot of good players, they can’t all be on upper market contracts simultaneously.”

Bills general manager Brandon Beane has some tough decisions to make when it comes to deciding which players he’ll keep after the 2022 season, especially since quarterback Josh Allen’s salary comes with a $39.7 million cap hit in 2023, per Spotrac.com, Stefon Diggs’ new extension comes with an approximately $20.3 million hit, and Von Miller’s deal depletes another $18.7 million.

Back on April 22, Beane strongly insinuated that not everyone can get the bag, as reported by The Athletic‘s Joe Buscaglia:

Yeah, I mean, it’s hard…. I want to pay ’em all — the ones that deserve it and have earned it. There’s other guys here that I feel have earned it as well, and want to do it. There’s guys that have left here since I’ve been here that I’ve wanted to pay, or our organization has wanted to pay, but you can’t pay them all, to the point of your question. And that’s hard because I’m a people person. I love these guys and love ’em to death, but I also have a job to do and have rules to follow. From a cap standpoint and cash. Unfortunately, you have to say goodbye to some.